It might surprise those people who associate Mark Warner holidays solely with families that around 40 per cent of the company’s business comes from singles, groups of friends, and couples.

And now the firm has expanded its adult-friendly Club Mark Warner weeks, of which there are two each year, by adding more events and excursions at its five-star Levante Resort on the Greek island of Rhodes. These holidays are great holidays for solo travellers or people travelling alone who just want a break from their partners: it’s very easy to make friends on these holidays so you won’t be able (unless you want to be).

The Mark Warner resort in Rhodes has been recently refurbished

A stay at Mark Warner holidays resort in Rhodes

There are many alternatives to Mark Warner holidays to choose from but such is the popularity of Club Mark Warner holidays among those who have heard of them that the flight to Rhodes were full of cries from passengers who recognised people from previous Club weeks. It made for a very friendly atmosphere right from the start. There were about 80 people ranging in age from their 20s to 50s on the Rhodes week, half of whom were returning visitors.

Mark Warner Beach holidays are located across Europe – Mark Warner also does ski holidays in winter – and are based mainly in Greece, Turkey and Italy. The Levante Resort, around 30 minutes by bus from Rhodes Town, is built solely for Mark Warner, and features lots of bright white tiles and a large lobby where people cluster to use the hotel wi-fi. 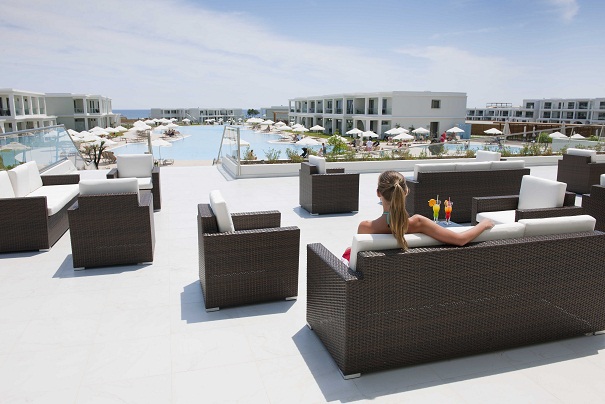 The resort starts at the hotel, then continues in a long lines of pools until it reaches the sea

The Mark Warner resort at Rhodes

The rooms are situated both in the main building and in other wings built alongside the five swimming pools that stretch out to the beach. Rooms range from standard twins and doubles to suites, some of which have a private garden and plunge pool.

There are also three restaurants and four bars dotted around the site. As the Club weeks all take place during school term time, the only children there were of pre-school age, but the differing timetables of those with and without youngsters in tow meant that the paths of the two groups rarely crossed.

For other Mark Warner holiday reviews check out:

The energetic young entertainments co-ordinator, who looked like a cross between Jamie Oliver and Prince Harry, made sure everyone knew what was happening and when. People who had earlier thought ‘shall I go on holiday on my own?” were made to feel welcome and nobody was left out. 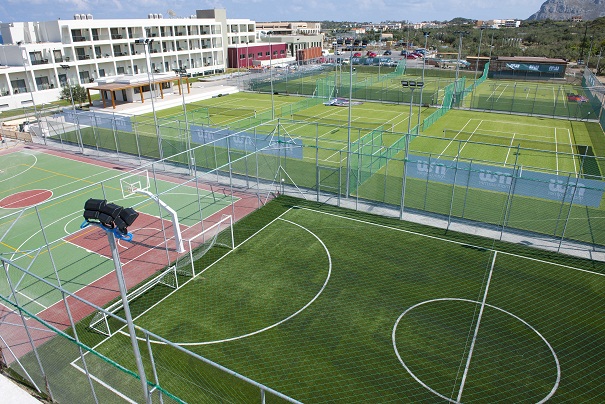 What to expect on a Mark Warner holiday

During the week there was a quiz, a disco night, Spanish dancing, a trip to a local water park, a meal out, and various post-dinner trips to bars in the town of Kolymbia, which is just a ten-minute walk away.

Guests could join in or simply do their own thing as they wished. As usual with Mark Warner holidays, people are lured by activities such as sailing, tennis, mountain-biking, windsurfing, waterskiing and scuba-diving.

The social tennis hour, held each evening between 5pm and 6pm, was particularly popular, with the free Pimm’s luring spectators and players alike. At the other end of the resort, the sailing enthusiasts spent the week honing their skills on a variety of crafts from dinghies to catamarans. 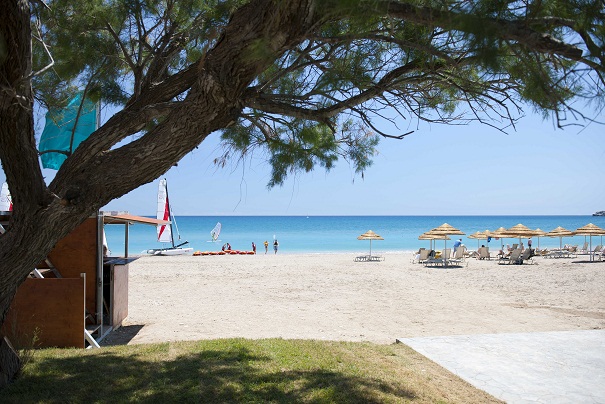 One of the main draws for the Club week is the chance for singletons to go away on your own and yet not feel alone. Mark Warner caters for single travellers very well, with pre-dinner cocktails every night and allocated group tables where you can sit anywhere and talk to anyone without feeling you’re crashing in on someone else’s holiday. It is a very popular holiday for singles without being a meat market – many people (me included) make friends for life on these holidays). 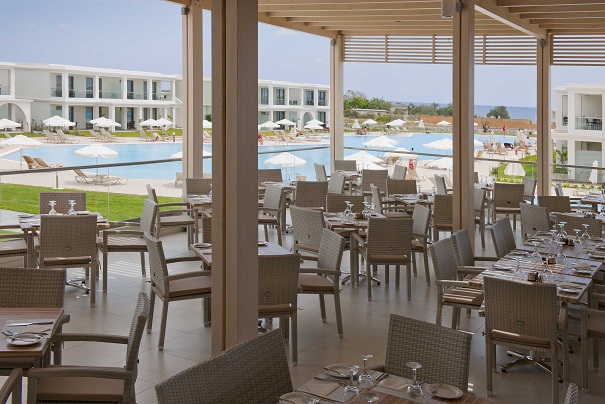 There were several restaurants at the resort, many overlooking one of the five pools

Judging by some of the unofficial awards handed out after the official sporting ones on the final night – such as for most romantic new couple – there were a lot more than just new friendships being made. And indeed Mark Warner boasts that several Club holiday romances have later turned into marriages.

‘We met on our windsurfing lesson’ isn’t a bad line to be able to use at your wedding.

Check out the latest prices and info at MarkWarner.co.uk