It is hard not to start off a review of Noble Rot restaurant – as practically every other reviewer has done – with a nostalgic look back at days gone by, spent in the various pubs and wine bars of Lamb’s Conduit Street.

It seems that every journalist used to work or live just round the corner (I did both). In spite of being stuck in the no-man’s land between Holborn and King’s Cross, Lamb’s Conduit Street still retains a quirky feel – with cafes, independent book shops, the Lamb pub still there after roughly a gazillion years – and a trip back there does feel like going back in time. 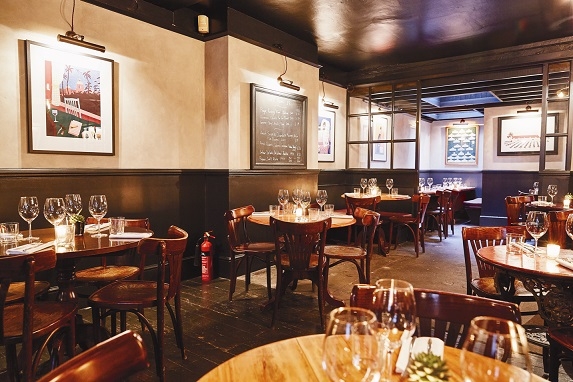 However I shall skip all that – mentioning only in passing that Noble Rot is where Vats wine bar used to be, prompting a massive flash-back feeling when I edged my way down the terrifying spiral staircase to the loos – ‘I remember this!’ I thought, trying not to fall – and will focus on Noble Rot, Noble Rot, and nothing but Noble Rot.

Basically the food is very nice, the wine is excellent, as you’d expect, and an afternoon spent either in its dark restaurant at the back or sitting in the sun at its tables out in front, is an afternoon well spent. And I managed to buy a glass of wine for just £2, which I think must been some kind of London record. 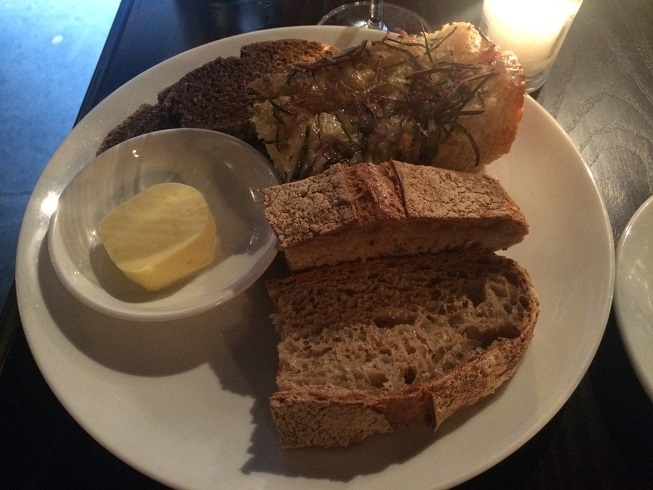 On the menu it is just listed as ‘bread and butter’ but the excellent selection is of churned butter with foccacia, homemade soda bread or sourdough from Hedone restaurant

My dining partner Simon and I – once we’d got all the ‘did you know this used to be Vats wine bar?’ and ‘what happened to that Italian restaurant which used to be on the corner?’ – spent so long dithering over the menu that the waiter must have despaired of us ever making a choice.

However I finally opted for the burrata with romesco and glelot onion – the cheese was as soft and gloopy as it should be, while the red pepper romesco sauce was delightfully tangy. Simon’s asparagus with duck egg and cod’s roe was Instagram-pretty and did everything it was supposed to. 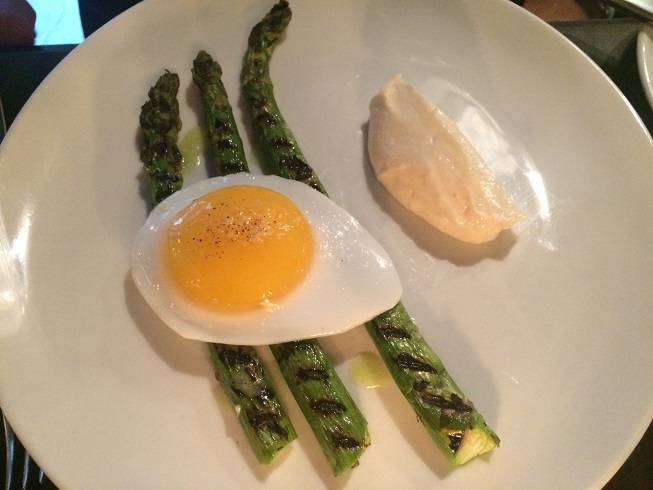 Simon had rabbit saddle and rainbow chard (not Instagrammable for the squeamish as it did look very skinned-rabbity) while I had the braised Cornish turbot with fennel and crab bisque sauce, which was all delicious except for the fennel which was so woody it was almost inedible. 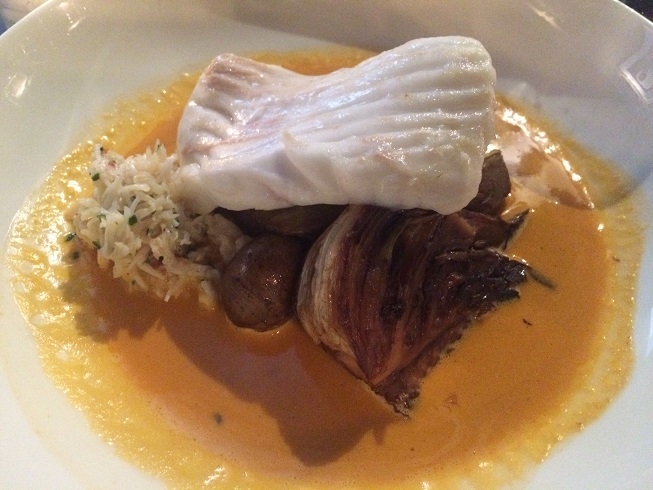 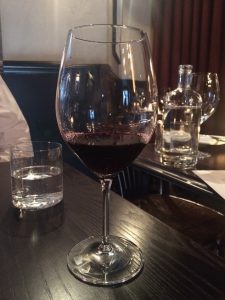 With the main course I had been planning to try a different wine but the Telmo Rodriguez wine from Valdeorras, Spain was so delicious I had to stick with that – £6 for a glass seemed very reasonable.

However I noticed that wines were also priced for 75 ml which sounded like a great idea – while I’m happy to drink wine in vast quantities, there are times when you just want a taste, an accompaniment with a certain dish before returning to your session drink – and my £2 glass of Rioja was not only perfectly-sized but went very well with the warm chocolate dessert which we shared.

Having just said that a £2 glass was perfect for a taste, I’m now going to ruin that by saying it was so nice that we promptly ordered two large glasses and drank them outside in the sun. However that gave us more than enough opportunity to not only resolve to return to Noble Rot as soon as possible, but to say: ‘Now, what used to be over there? We used to go there all the time…’