Throughout my own stay at Cliveden House hotel, there was one question which I found almost impossible to answer. Would Cliveden still be as fabulous if it wasn’t, well, Cliveden? 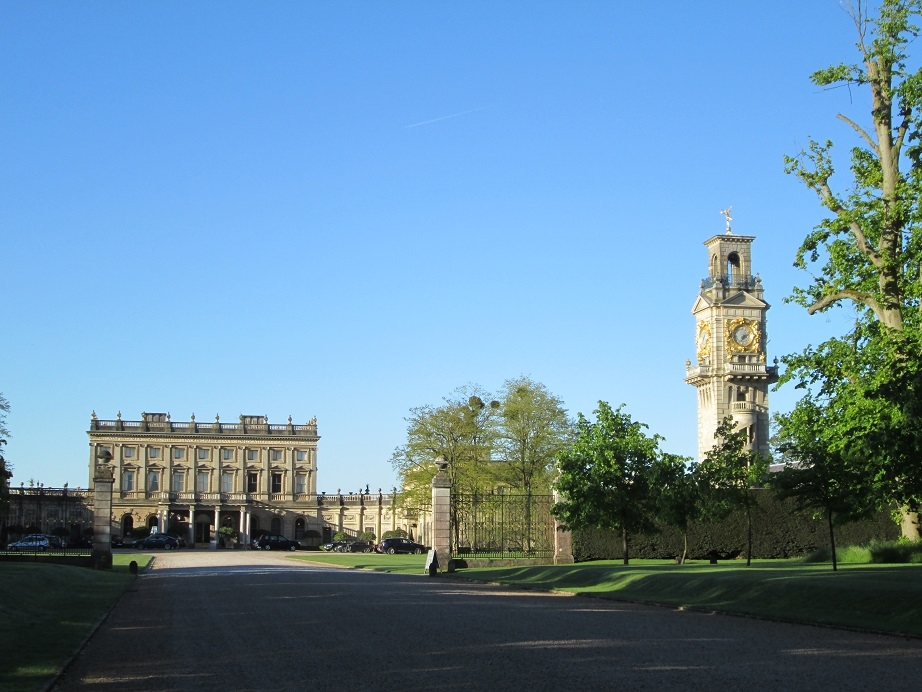 The thing about Cliveden, which is undoubtedly one of the best luxury hotels in the country, is that it is almost impossible to judge it on its own merits by separating it from its quite incredible past. The Great Hall with its portraits and grand fireplace is stunning, but it feels even more so because you know that some of the most accomplished people in recent history have discussed art and politics over cocktails exactly where you are sitting.

Would it seem as special if it were just a very nice luxury country house hotel in Berkshire in which Winston Churchill and Noel Coward hadn’t stayed, for example? And would its beautiful National Trust gardens still be as pretty if you weren’t thinking that Lady Astor had strolled these acres with George Bernard Shaw and Charlie Chaplin?

And would the hotel’s beautiful outdoor swimming pool in the walled garden still be quite as marvellous to swim in if it hadn’t sparked off the Profumo Affair? Now that it is even more famous as the answer to ‘where did Meghan Markle stay the night before the Royal Wedding?’ then a whole new generation of celebrity fairy dust has been sprinkled over Cliveden.

While the luxury five-star Berkshire hotel with its 376 acres of stunning  countryside was no doubt a haven of calm for her before the madness of the big day itself, as a nervous bride-to-be I’m not sure how much she was able to take in of the hotel itself: its sumptuous rooms, its luxury spa, its fine-dining restaurant and most of all, the atmosphere of history and celebrity which is soaked into the very walls.

Cliveden is set in 376 acres of countryside, including some impressive ornate gardens

The hotel swimming pool would be a talking point in its own right, but it is particularly amazing to swim in because you know it is where John Profumo met Christine Keeler and precipitated a whole chain of events which scandalised the nation and eventually led to the fall of the Government. 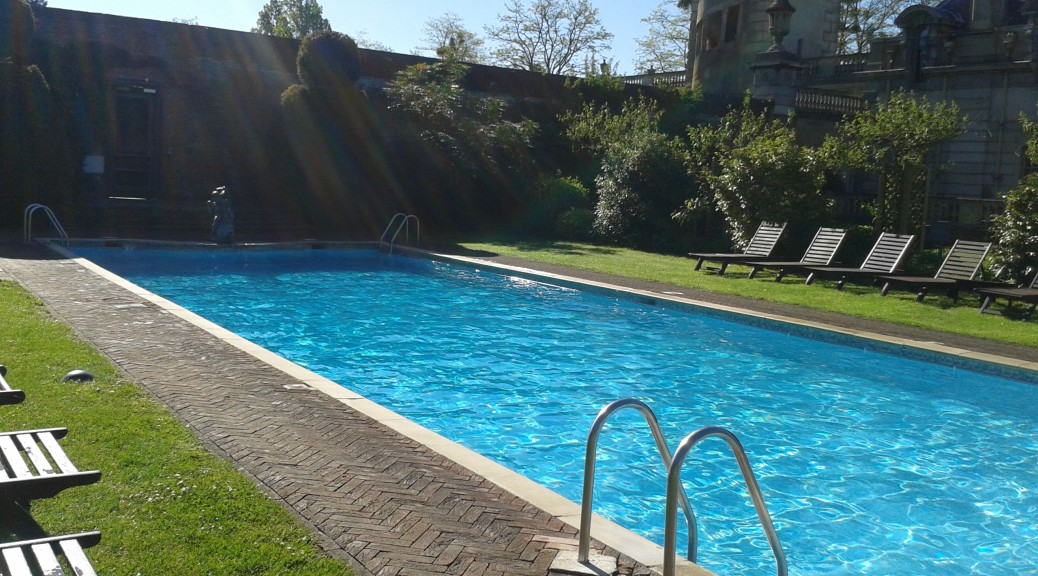 The gardens and the drive leading up to the house are spectacular enough anyway without the backdrop of history to set them off, but there is a thrill which sparkles through the very air at Cliveden which makes a visit there seem far more than just a night away in a stately home.

A stay at Cliveden House hotel

I arrived one balmy summer’s evening, tyres crunching up the gravel drive to the house where Sebastian the footman (I loved typing that) was waving me in. He kindly parked my yellow Fiat, which looked somewhat out of place in such a grand setting, and I was shown to my room, or more accurately, set of rooms. We had been given the £1,500-a-night Prince of Wales suite, named after Frederick, the eldest son of George II and it was, as you’d expect, incredibly grand. 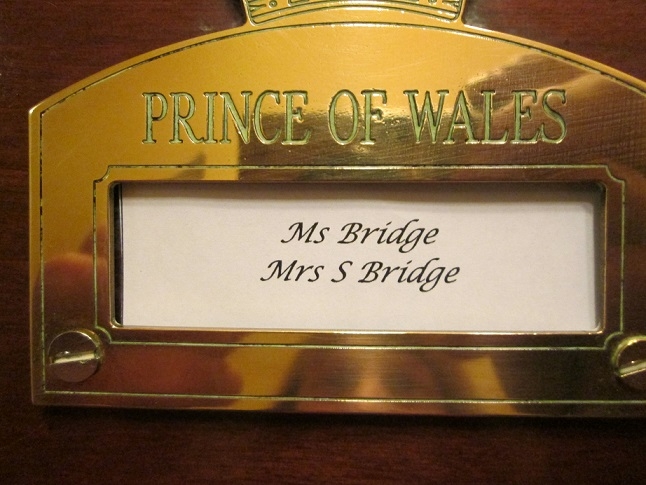 Our personalised nameplate for the night

The Prince of Wales Suite at Cliveden

There was a huge entrance hall, in which a bottle of champagne was cheerfully chilling, a vast lounge with a spectacular view of the gardens, a bedroom ante-chamber, the bedroom itself and then a dark red bathroom decorated with intricate frescoes. 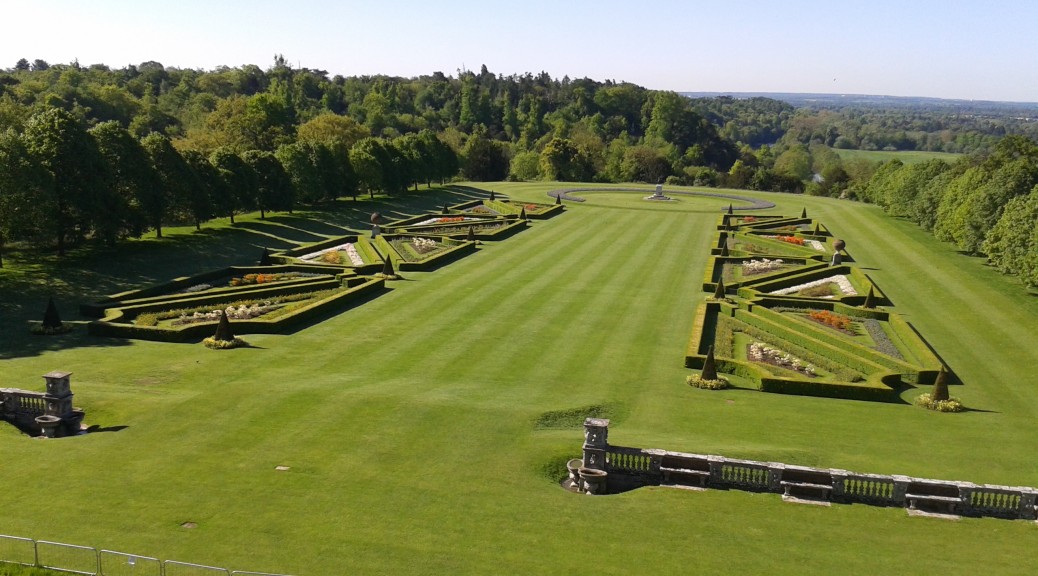 Our view of the stunning gardens from the £1,500-a-night Prince of Wales suite

There was an antique writing desk, a dozen oil paintings on the walls, a decanter of port next to the tea-making facilities, endless robes and fluffy towels and best of all, it actually felt like genuine, lived-in room in a country house, rather than a brand-new but rather soulless room in a posh hotel.

As I walked around and around thinking that this really was the life, I switched the radio on and the song playing happened to be the theme tune to Brideshead Revisited. It seemed extremely appropriate. 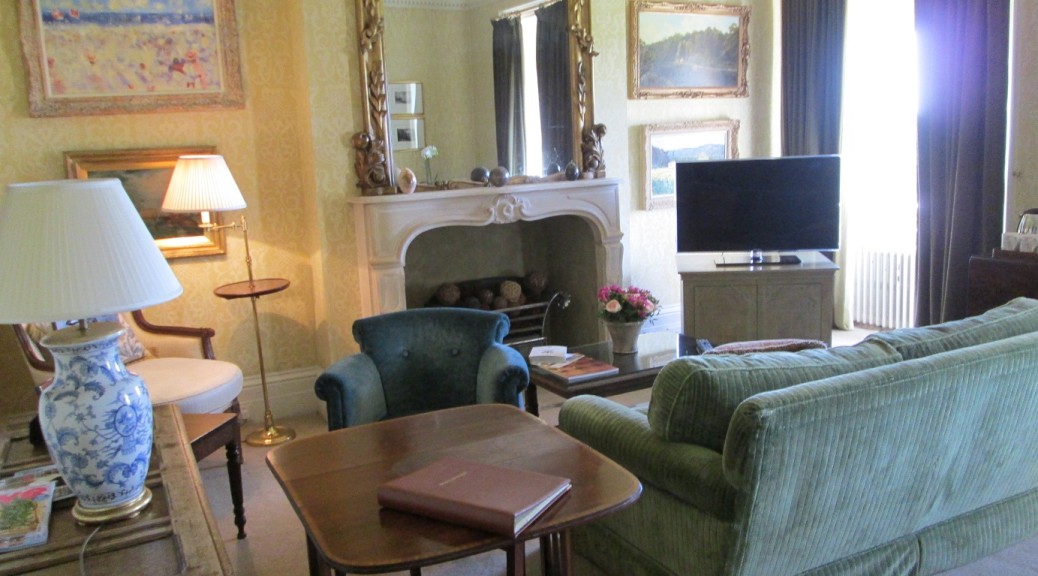 My mum was my plus one for the night, and she was practically speechless. I wasn’t much more eloquent, wandering around saying things like ‘Wow!’ and ‘Look at this!’ until I decided to open the champagne and really get settled into the good life. 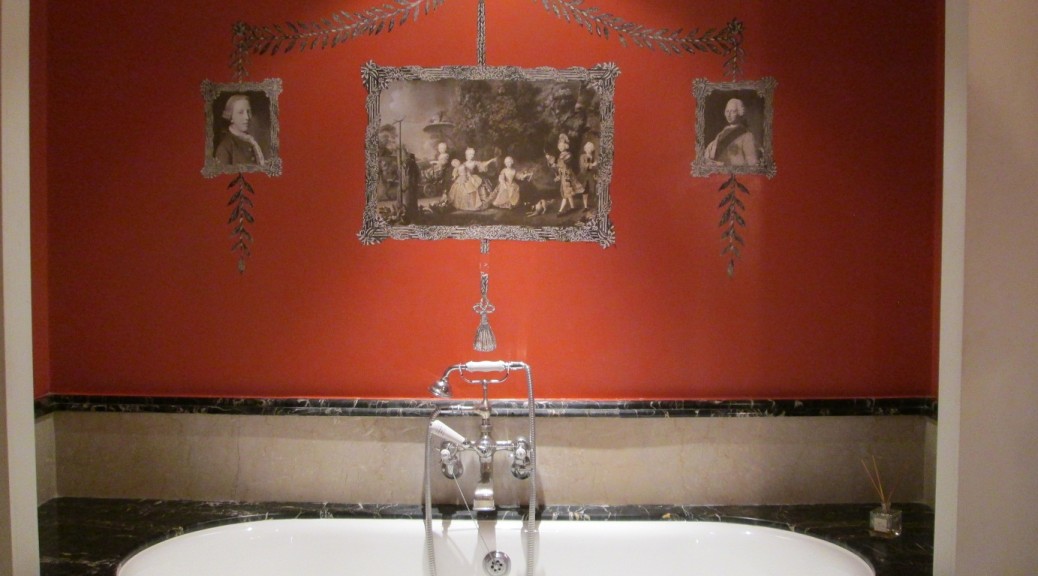 Downstairs in the Great Hall we drank gin and tonics with Cliveden’s general manager Sue Williams (who has since gone to work her magic at the excellent Whatley Manor) and, surrounded by portraits and tapestries, discussed Cliveden’s amazing history. It was built in 1666 by George Villiers, the Second Duke of Buckingham, and passed down the line before being sold by the Duke of Westminster in 1893 to William Waldorf Astor, a wealthy American who had decided to make England his home. 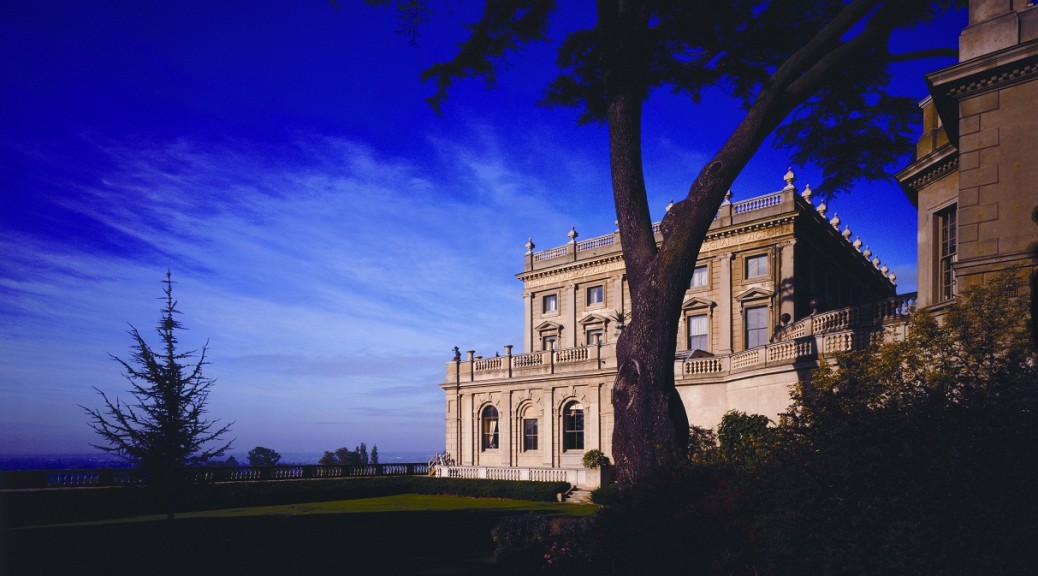 He later gave Cliveden to his son, the Second Viscount Astor, when he married Nancy Langhorne. It was thanks to Lady Astor and her love of gathering intellectuals and artists around her such as Lawrence of Arabia, Henry James, George Bernard Shaw, Amelia Earhart and the most notable politicians of the day such as Churchill and Macmillan that Cliveden became known for its parties and the Cliveden ‘set’. 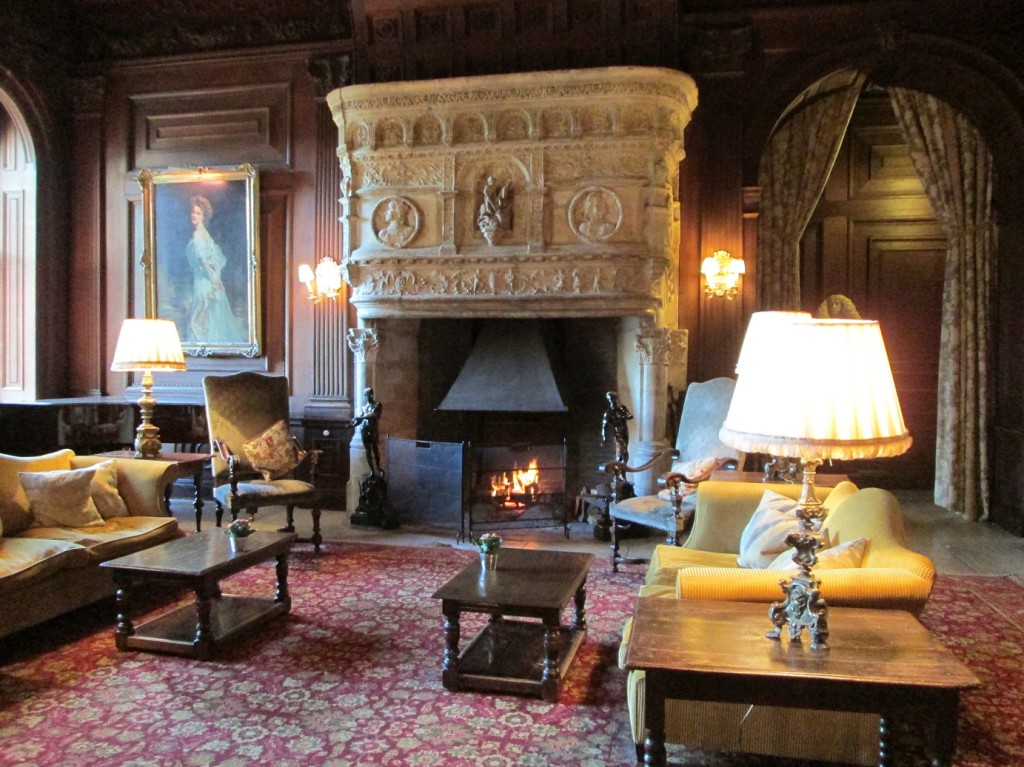 From scandal to student digs

After the Profumo scandal which saw the Cliveden name dragged through the mud, the Astors decided it was time to depart. The house, which they had previously given to the National Trust on condition they could still live there, rather incongruously became on overseas campus for Stanford University, and students still return nowadays to check out their old digs.

In the late 1980s it was converted into a hotel and after several years languishing in obscurity, it was leased by property developers Ian and Richard Livingstone who have spent upwards of £20 million restoring it to its former glory. 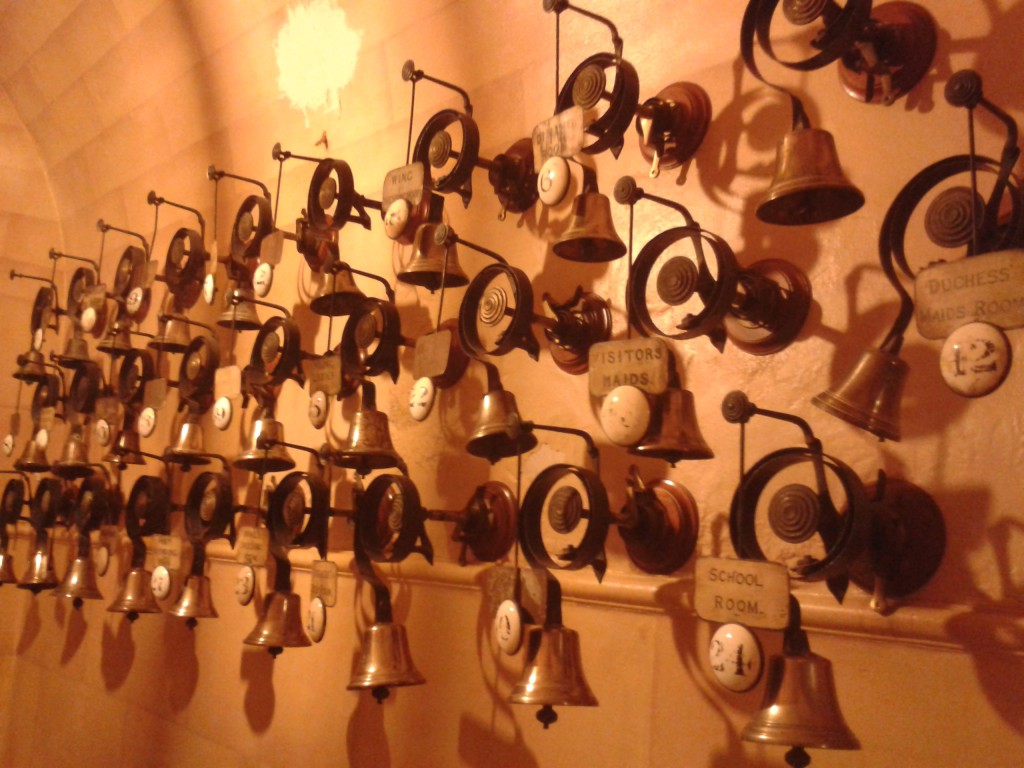 It’s all very Downton…the old servants’ bells, sadly no longer in use

After a quick tour of the house, including a newly-refurbished bust-lined hall, Lady Astor’s boudoir and the totally over-the-top French Dining Room based on Madame de Pompadour’s own, it was time for dinner in the terrace dining room. This is a light and airy long room overlooking the gardens – or parterre, as it is known – and has three chandeliers. 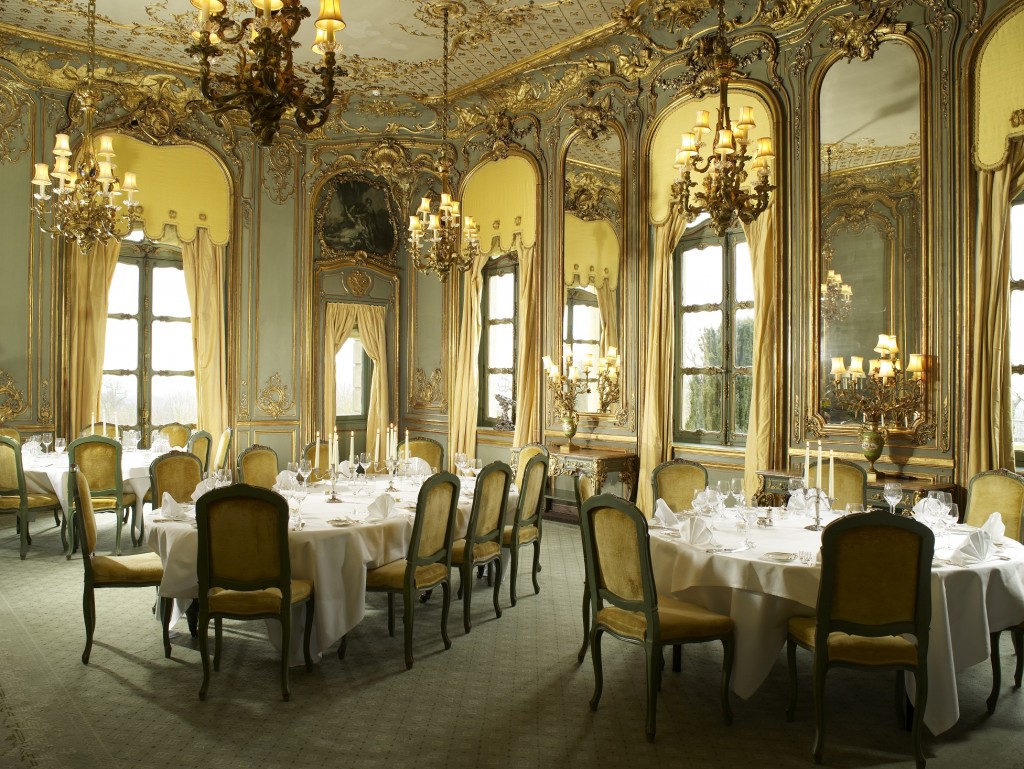 Madame de Pompadour had a dining room very much like this one, apparently 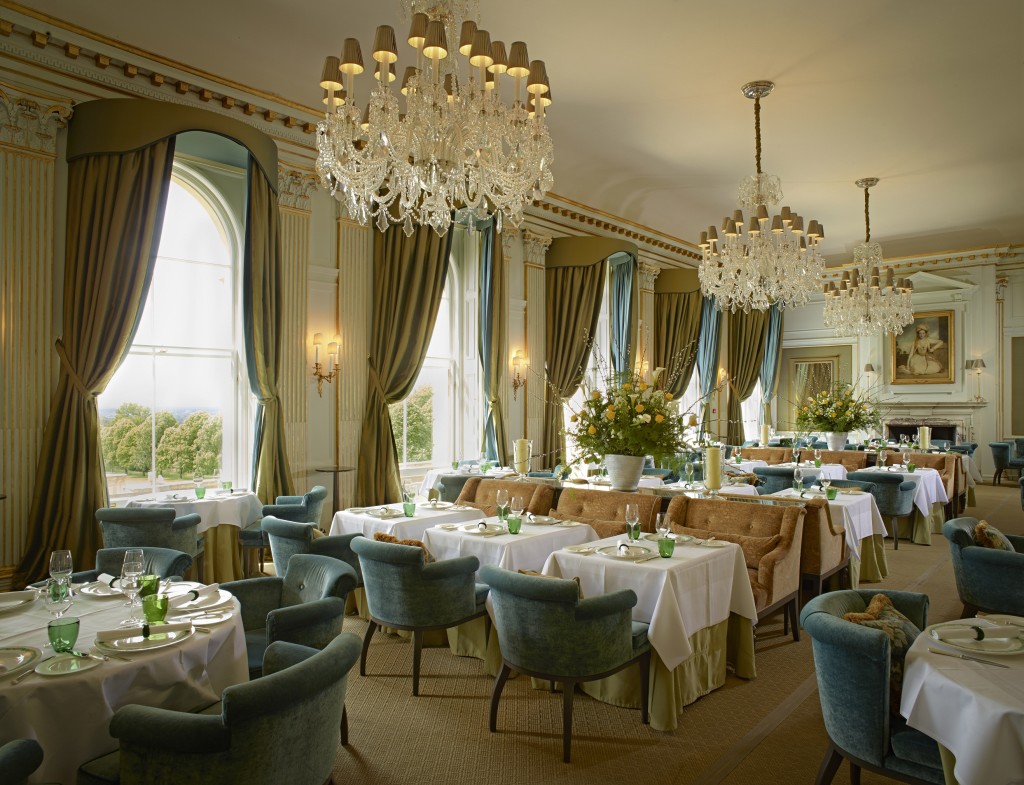 We started with the seared Isle of Skye scallops with pea shoot veloute, and crab with a basil bisque, coppa and melon, both of which were delicious.

The same applied to the main course of new season Devon lamb which came with lettuce, young garlic and an onion puree and boulangere potatoes, and it was all washed down by a very nice Portuguese red wine recommended by the sommelier. We finished off with mille-feuille with passion fruit, mango, fromage frais sorbet and I devoured most of the vast cheese board.

It was all rather sumptuous, but to be honest, sitting in the Cliveden dining room looking out onto acres of beautifully-kept gardens while the sun set over the Berkshire countryside, we could have eaten almost anything and been happy. There is something very calm and tranquil about Cliveden which makes you feel as if you have been transported back a century or two. 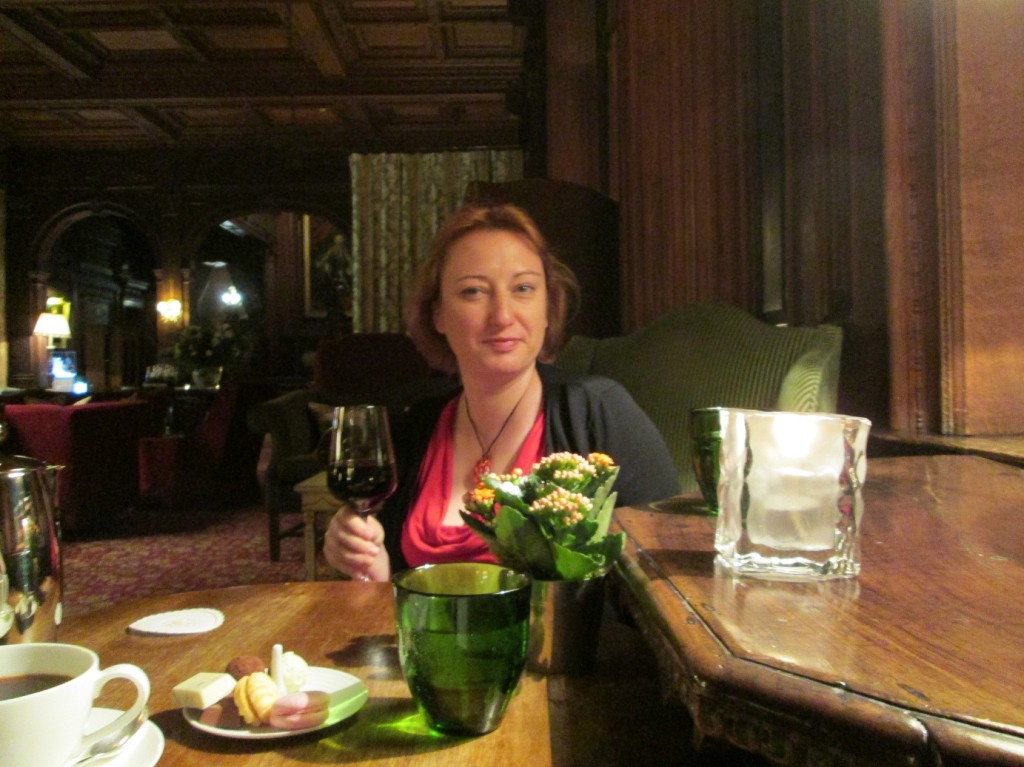 It had been rather a nice evening…

We finished the wine and some petit fours back in the Great Hall before retiring to our sumptuous suite, where we stayed up until 2am playing Scrabble, unwilling to waste our stay here on something as dull as sleeping. The twin beds (there is usually a double there) were extremely comfortable, and I snoozed on till past eight. However my mother, too excited to sleep, was up and out at six, exploring the grounds and the rest of the house as I slept. 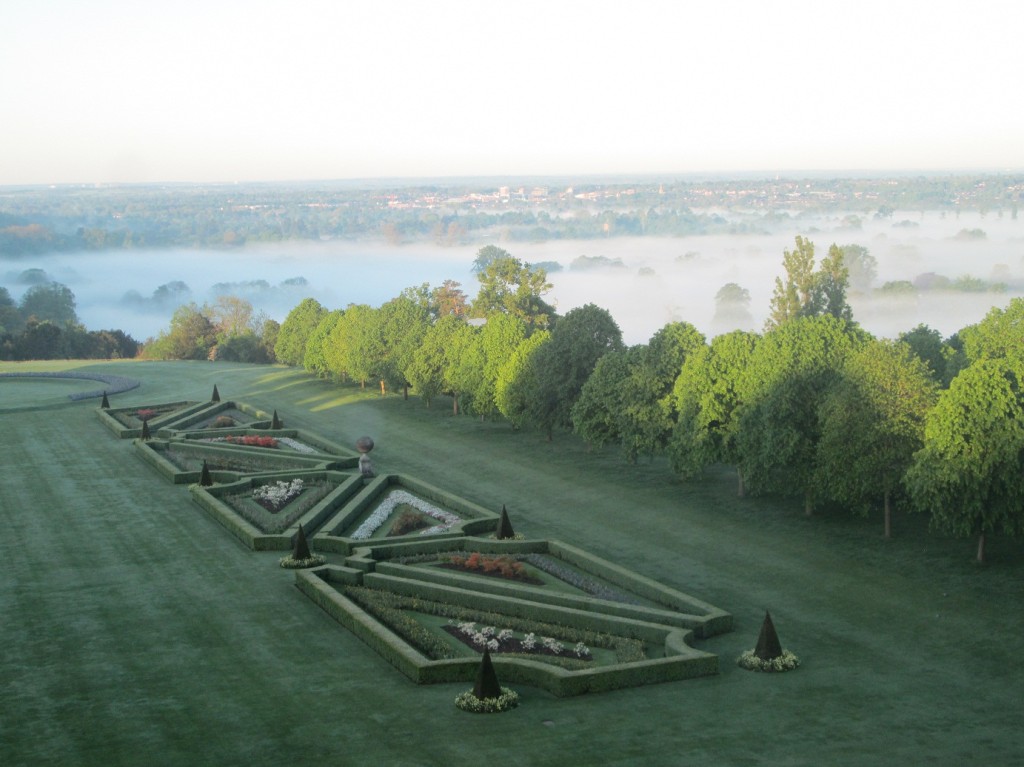 Cliveden and its grounds look great from every angle

A morning swim in the Cliveden swimming pool

I had just one plan for the morning – a swim in the pool. I was the only one in there and the refreshing dip in the morning sunshine was the perfect start to the day. Would it have been as good if it had been just any old pool? Probably – but the knowledge that I was swimming in one of the most famous pools in the country certainly gave it an edge. Cliveden has since totally revamped its spa building and even won best ‘new or back on the scene’ spa at the recent Conde Nast Johanssen awards so is going from strength to strength. 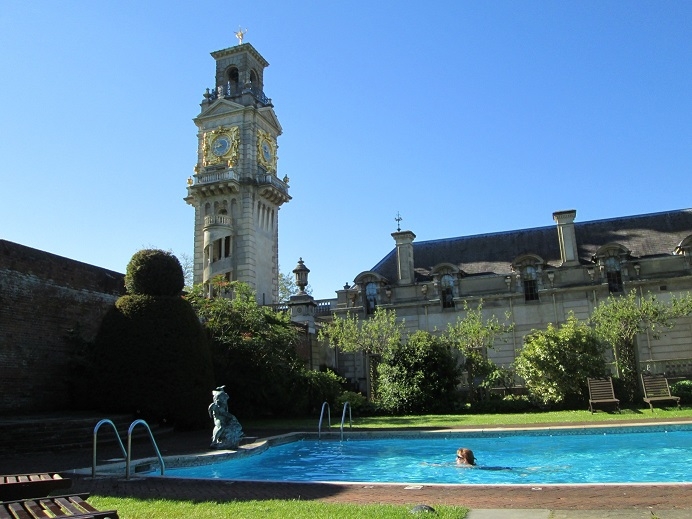 After breakfast back in the main restaurant, there was time just for a stroll across the terrace and around the grounds where the National Trust day trippers were already roaming, and then, extremely reluctantly, we said farewell. 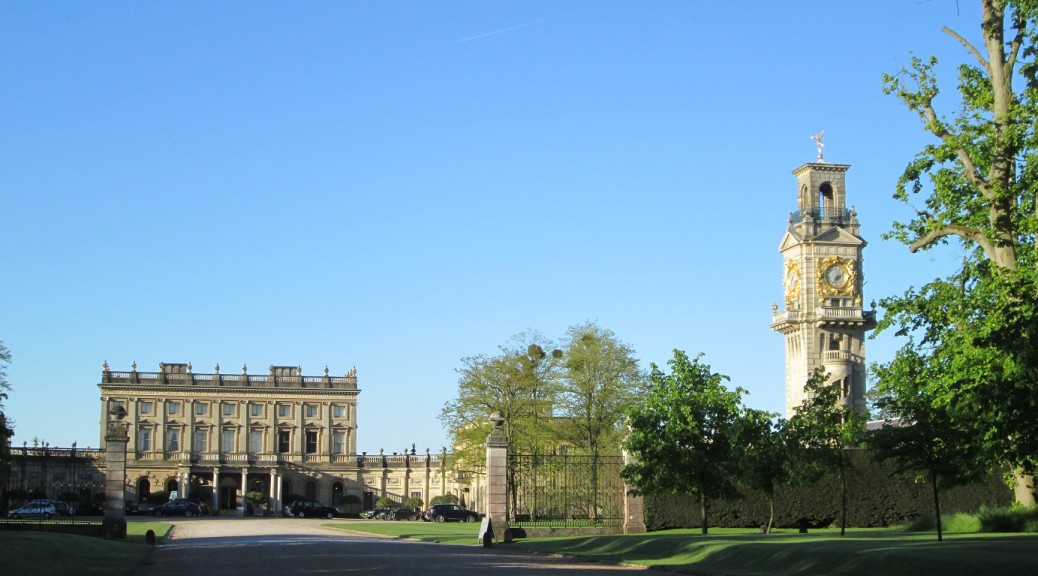 A reluctant farewell to a remarkable hotel