The first thing that struck me about the five-star Corinthia Hotel London when I stayed there was how utterly huge everything is. From the vast central lobby lounge with its soaring dome and chandelier made of 1,001 crystal baubles, to the high-ceilinged pillared restaurant, to the  enormous breakfast room, huge ballroom, conference rooms and outside courtyard, everything at the Corinthia is super-sized.

A luxury spa break at the Corinthia hotel London

It’s got 225 rooms, 51 suites, seven penthouses, two top restaurants and a multi-award-winning spa, covering four floors and containing two pools, a sauna, ice fountain and 17 treatment rooms. The bustling central lobby alone – where everyone from politicians, tourists, ladies who lunch and aspiring business tycoons meet for power coffees and afternoon tea – is the size of most hotels. Corinthia Hotel London is a destination in itself.

Book the Corinthia on Booking.com

Visit the Corinthia on Tripadvisor 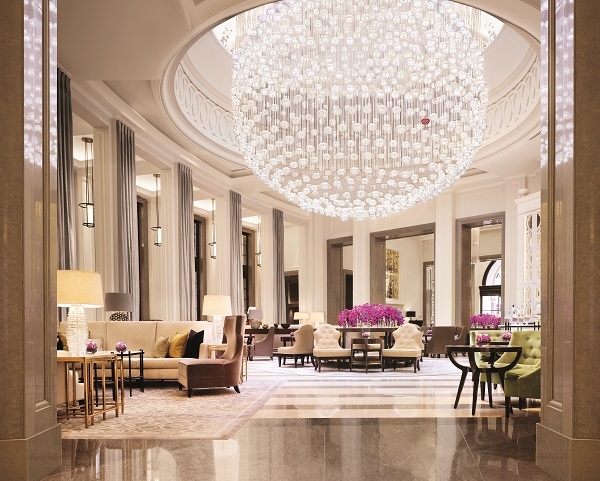 The history of Corinthia hotel

As it is so hard to miss, taking up a whole block of central London real estate between Embankment tube station and Whitehall, I was surprised I hadn’t been inside before. Originally the Hotel Metropole when it was built back in 1885, its location on Whitehall Place, just round the corner from Downing Street, made it a perfect Government building and was taken over by the Ministry of Defence in 1936.

If you’ve already stayed at the Corinthia then why not check out these other luxury hotels in central London?

Following the sale of the building in 2007 the hotel has now been restored to its original style, with many rooms having access to their own private terraces. Its Royal Suite claims to be the largest two-bedroom suite in London. 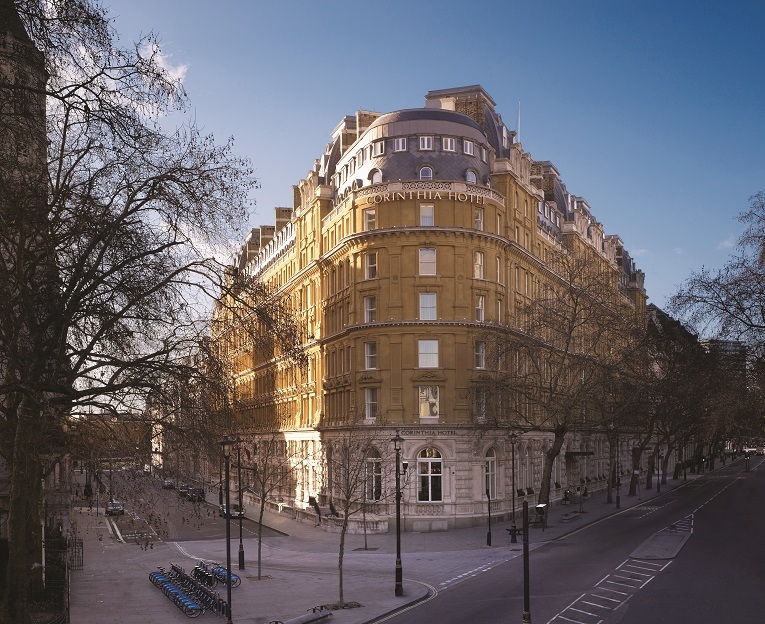 Style with fun – even talking loos

However while the hotel is indeed grand and luxurious on a vast scale, it isn’t without a sense of fun and style too. Visitor to the loos on the ground floor will wonder why there seems to be a familiar voice reading poetry to them: it’s part of the I Can Foundation supported by the Corinthia and means your trip to the smallest room will be accompanied by Shakespeare, Wordsworth or Beethoven. It sounds strange but it’s certainly memorable! 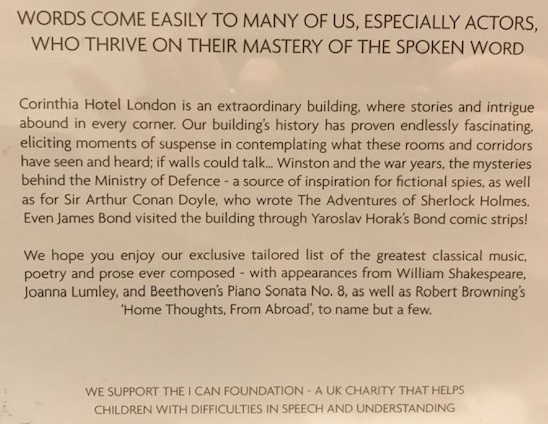 Our room, like this one, was smart and light with all the luxuries including a coffee machine, mini bar and TV in the bath

Our room, an executive king, was smart and full of little luxuries such as a TV in the bath, separate walk-in shower, original artwork and well-stocked mini bar.

The spa at Corinthia hotel London

However we were keen to check out the spa which is one of the largest I’ve seen in a London hotel and makes a spa break at the Corinthia hotels London a real treat: the changing rooms alone were vast and opulent. 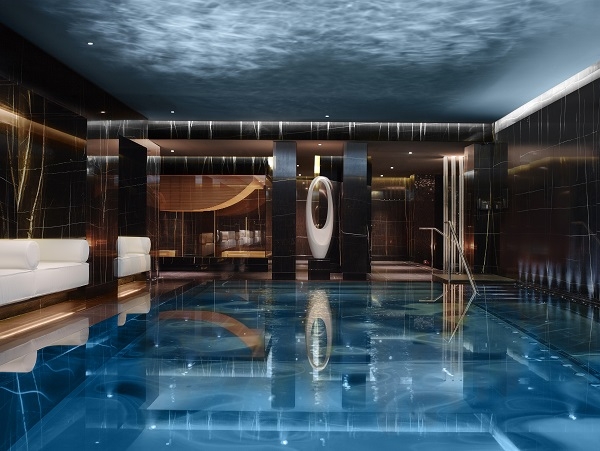 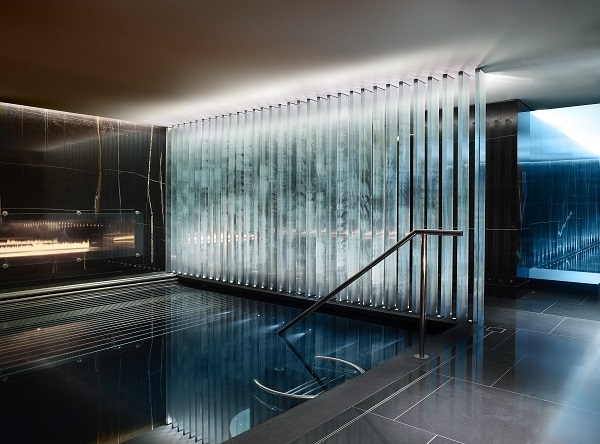 But it was the jet-black spa area itself took the breath away, with a 20 metre indoor pool, a hydrotherapy pool, a step-down sauna, marble heated loungers next to a line of flickering flames, private sleep pods and an ice fountain to boost the circulation after all that relaxing. 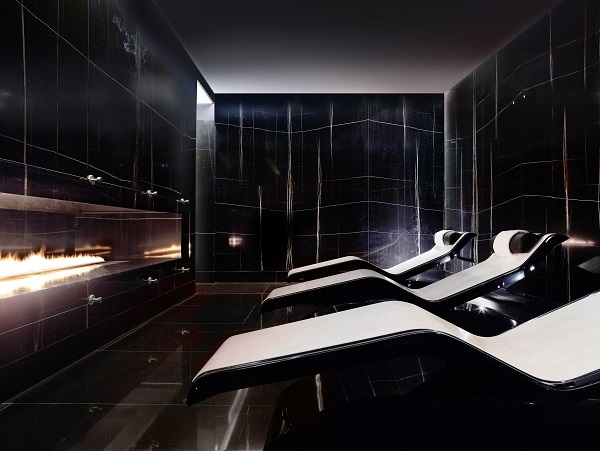 If all this activity is too much, then there are heated marble lounger to relax on

I could have happily spent all day here but a few hours had to be enough: we had dinner booked at the hotel’s restaurant. I don’t think I’ve eaten in a room with higher ceilings and with the pillars it looked like an old Roman temple.

The hotel’s Italian restaurant is vast, with a high ceiling, pillars and ornate light-fittings

The restaurant is now Kerridge’s Bar & Grill headed by renowned Michelin-starred chef Tom Kerridge, It’s his first London restaurant and according to the hotel offers a menu which plays on Tom’s reputation for serving his take on the UK’s most celebrated dishes.

The hotel also contains The Northall restaurant with top chef Andre Garrett which specialises in British cuisine and where I recently returned for lunch: the vast curved room with views of The Thames is worth a visit in itself but the food is impeccable. You can also dine in the central lobby – now called the Crystal Moon Lounge – or the outdoor terrace The Garden (which will open on 12th April all being well), described by the hotel as ‘a rare, mosaiced outdoor oasis in the heart of the city, where summer evenings are best enjoyed with a rosé and a salad and colder days are warmed by fires, blankets and hot whisky.’

Cocktail hour at the Corinthia

Not wishing to call it a night just yet, we then headed to the Bassoon Bar (now called Velvet) for a couple of cocktails accompanied by a jazz singer playing the guitar: our waiter was happy to replace our iPad menus with traditional printed ones, and then equally happy to return with the iPads once we’d realised it was useful to see what size the drinks were. At £17 they weren’t cheap but our they were excellently made and perfect for a nightcap. 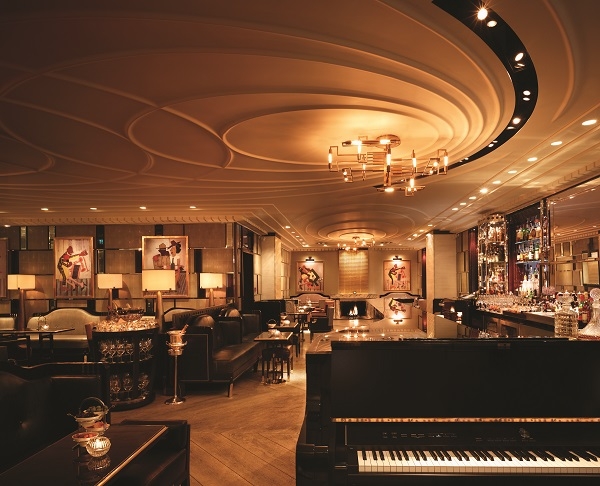 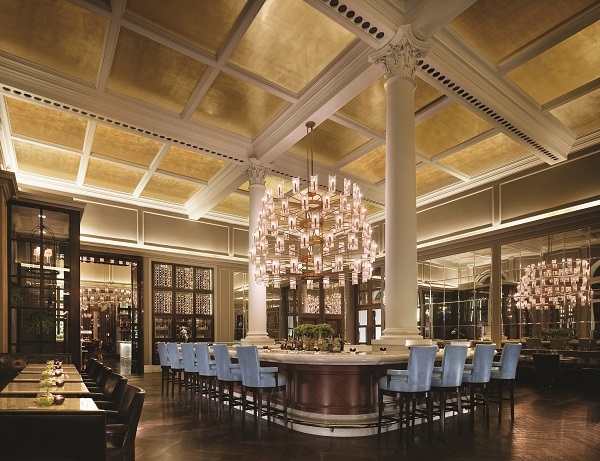 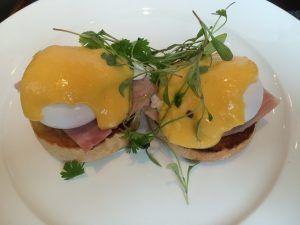 Thanks either to the drinks or the hotel’s formidable double-glazing we woke to find we’d slept through a colossal thunderstorm.

Breakfast was in not one but two massive rooms, with a good buffet selection and cooked dishes.

It was brought home how central the hotel is when from our breakfast table we could see across the street to the commuters emerging from Embankment tube. Thankfully that day I could return to the spa instead of heading to the office – a far more civilised way to start the day.

Book the Corinthia on Booking.com

Visit the Corinthia on Tripadvisor

Note: I visited this hotel in 2016 but frequently revisit and update this review to ensure accuracy and relevance.