It ‘s the first hotel room I’ve stayed in which had a ‘disco lighting’ option but it was typical of this Point A hotel Kings Cross, which was full of quirky, thoughtful and useful touches.

While I usually review hotels at the more luxury end of the scale for ALadyofLeisure.com, this more affordable option showed that value for money doesn’t mean you have to sacrifice the sense of being ‘looked after’ which the top hotels do so well. 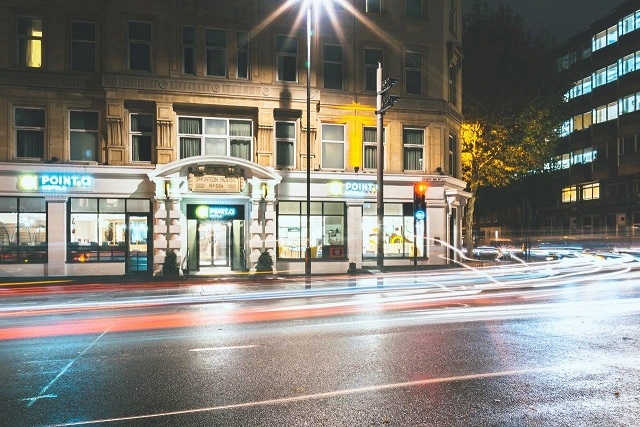 Point A hotel group was started in 2017 and so far has six hotels in central London and one in Glasgow. While the company says it’s looking to offer ‘great value, comfort and design in convenient locations’, it also prides itself on its friendly service and personal touches which was apparent the moment I walked into my hotel room.

A stay at Point A hotel Kings Cross

While it wasn’t large – and indeed the single bedrooms are smaller, and not all have windows – some well thought out design touches meant the room made the most of the available space without leaving it feeling cramped or crowded. 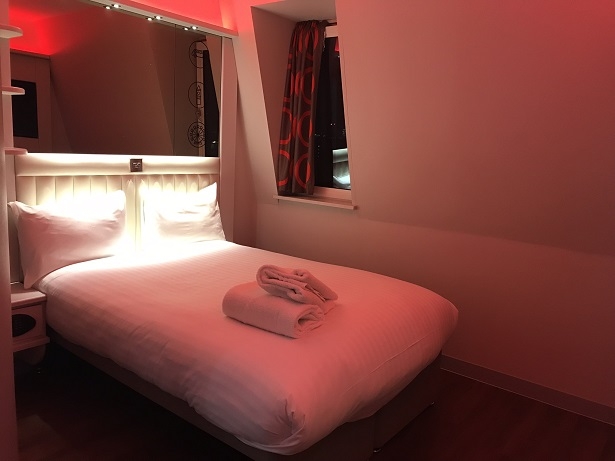 My hotel bedroom – in the subdued lighting mode – had a Hypnos double bed, window, smart TV and lots of useful touches

Thus there were foldaway tables built into the wall, an information board as part of the room decor showing everything from a local map to how to work the free wifi, a place to store the remote control and several more storage wall-mounted alcoves for your stuff, plus lots of storage space under the bed, a folding stool and hanging hooks for bags. 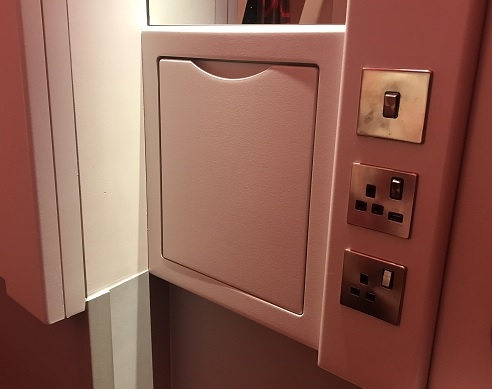 Little storage units were built into the walls

The bathroom was small but smart, with a shower, loo, sink and towels, while there were plug points absolutely everywhere, an essential in hotel rooms these days. This is not the kind of hotel room which you’d hang out all day in – and why would you, when you have all of London to explore? – and make sure you ask for the newly refurbished rooms as they’re working though redecorating all 251 rooms – but as an inexpensive option it has everything you’d want and more. 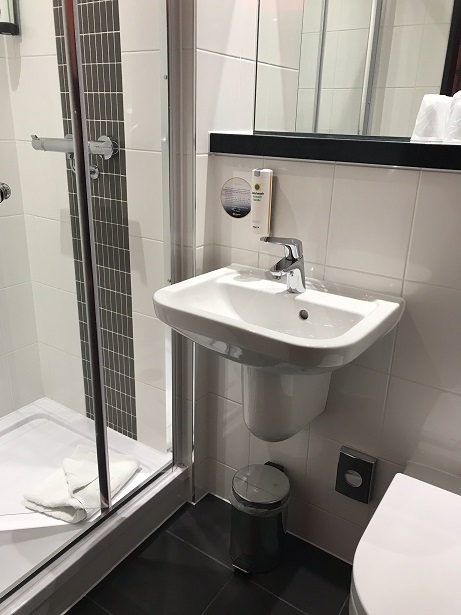 The ensuite bathroom had a power shower, sink, loo and toiletries

One of the closest hotels to Kings Cross station

I had almost walked past the hotel on my way there as it was a lot closer to Kings Cross station than I’d thought – literally two minutes walk from the vast London tube and railway station (plus Eurostar) which makes it really handy for getting around London (or to Europe!) The Water Rats pub is next door – with a discount for guests at Point A – and there’s also a late-opening Tesco Metro across the road which is handy if, like me, you just wanted to grab something to eat in your hotel room. 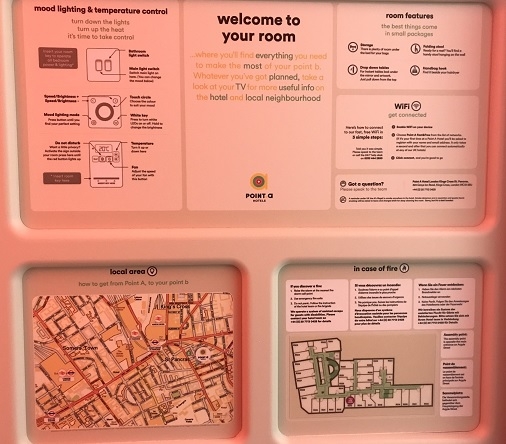 Armed with dinner I arrived at Point A and was checked in incredibly quickly by the friendly staff member on reception and headed straight upstairs to my room (in possibly the smallest lift I’ve ever seen). Thanks to the easy-to-use light and aircon I slept well – there was no noise from either the corridors or the busy road outside – and the next morning after showering headed downstairs for breakfast, clutching my breakfast voucher (breakfast is £9 extra). 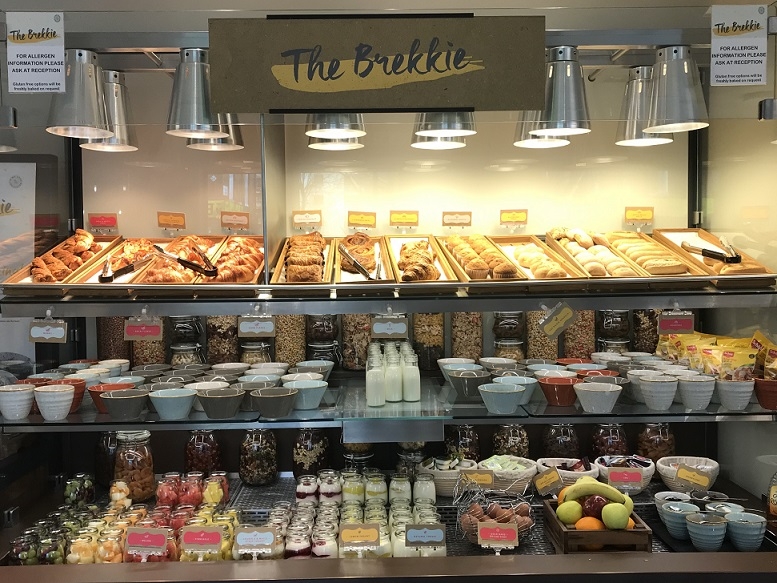 ‘The Brekkie’ had a wide choice available for breakfast

There was a surprisingly large breakfast selection on offer, ranging from Danish pastries and croissants to fruit, yogurt, cereal, eggs, jam and muffins and a member of staff was on hand to provide tea and coffee (refills most definitely allowed). Newspapers were provided to read in the clean and bright dining room (there was a old-fashioned looking digital juke box too) and for those who were settling in for the day there were yet more plug points for laptop warriors. 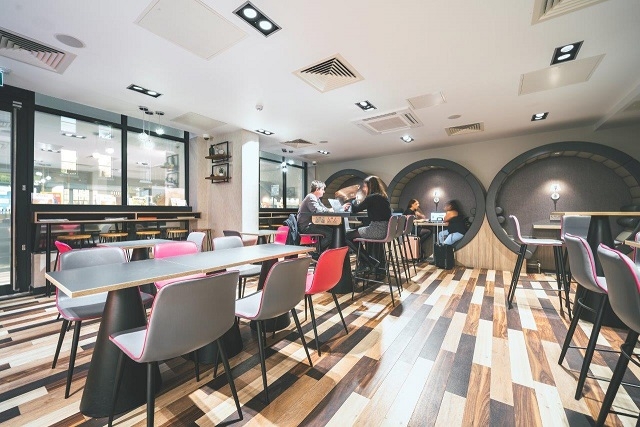 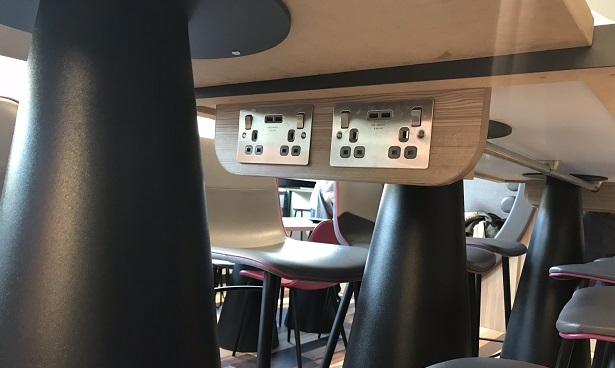 No shortage of plug points for laptops here…

This would have been all adequate enough but again there were more thoughtful touches in the reception area which was kitted out with chairs and comfy sofas: there was a community board with local information and guest deals with local partners such as the German Gymnasium, Camino tapas restaurant and free access to The Gym, just 12 minutes walk away in Bloomsbury. 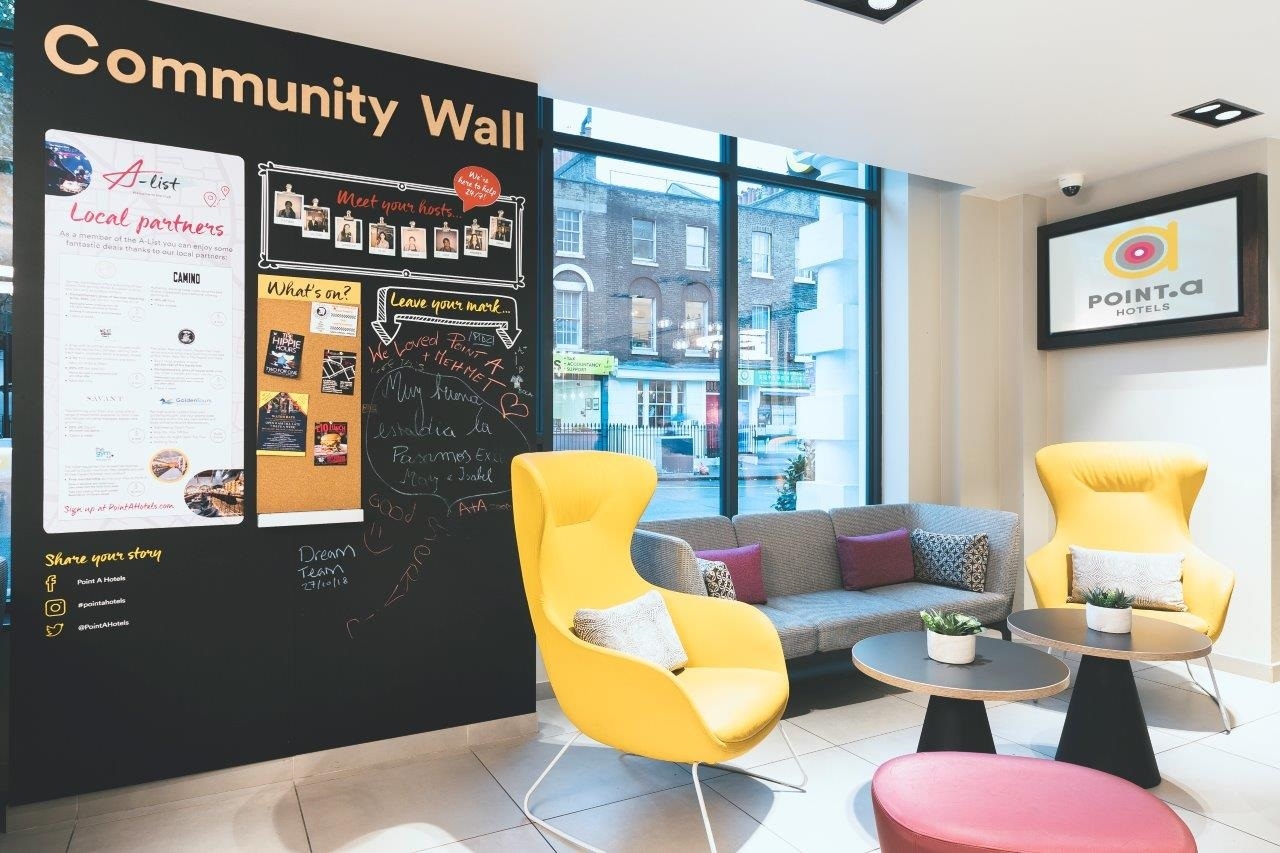 Check out was against fast and efficient and I was back at King’s Cross station in minutes. Point A is ideal if you’re looking for a budget option in a top location which makes you feel anything but a budget guest.

If you like hotels in London then check out these more luxury hotel options: A relaxing luxury spa break at the five-star Corinthia hotel London; A stay at St James’s hotel and club: a suite and Michelin dining; One Aldwych hotel London: a Lion King hotel in central London; A luxurious stay at The Stafford, central London