Even the most Bah Humbug of Scrooges would have felt full of festive cheer arriving at the five-star The Royal Horseguards Hotel London at Christmas. This central London hotel really embraces the Christmas spirit.

The lobby was brimming with decorations, from a massive tree with presents and teddy bears underneath, to Christmas wreaths behind the reception, yet more teddies and presents in a central display and a roaring fire. 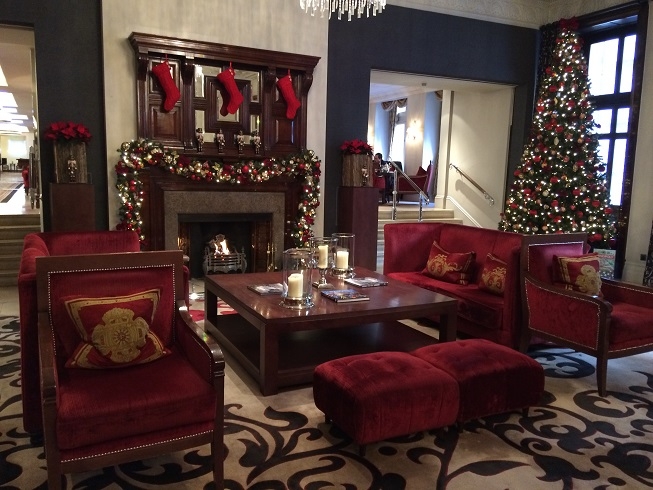 The entrance hall at The Royal Horseguards Hotel 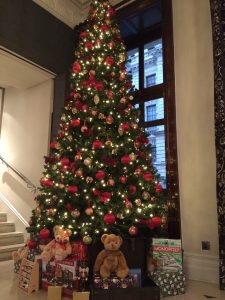 The 282-room hotel has an incredibly central location, being just across the Thames from the London Eye big wheel (great views for the New Year’s Eve fireworks), next door to Embankment tube station and just a few minute’s walk from Trafalgar Square, the Strand and Leicester Square.

The massive Victorian building, designed in typical Whitehall style with masses of pale stonework and an imposing tower on one corner, used to be home to the Secret Service.

Inside, having been checked in very quickly, we swept through the lounge (lots more decorations and Christmas trees) where businessmen were having earnest conversations over coffee and families were enjoying afternoon tea, and up to our room on the fifth floor. 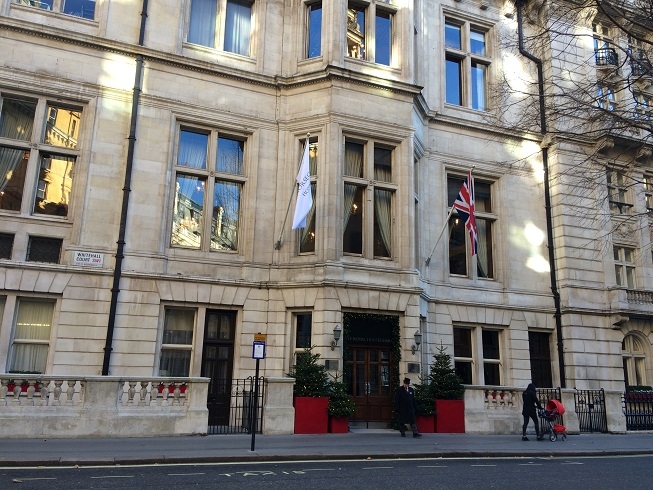 The hotel’s entrance is on Whitehall Court, and the back looks out onto the River Thames

Bedrooms at The Royal Horseguards hotel

A garden view executive, the room had views of the London Eye (and the stationary traffic on the Embankment), It was kitted out in a classic style with a wooden desk and bedside tables, one armchair, plenty of lamps and a painting of London over the bed and had TVs in both the bedroom and smart bathroom. 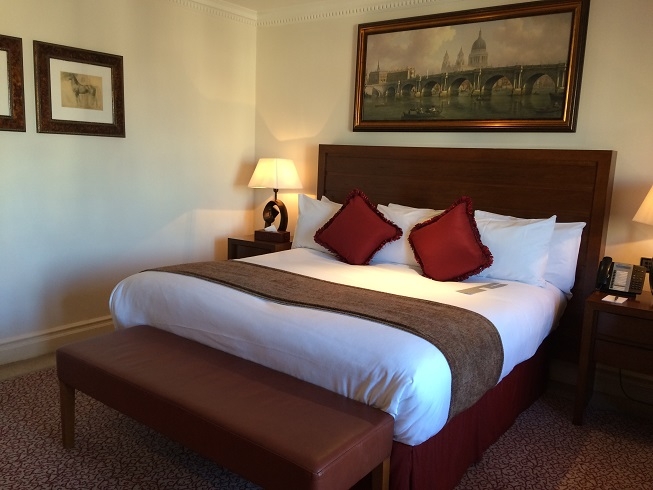 The bedrooms are all done in a similar, classic style

As I’d forgotten to print out our tickets for the Royal Albert Hall that night, the reception staff did it instantly which was much appreciated, and a cab rank directly outside the hotel meant we were straight on our way with a cheerful farewell from the friendly doorman. 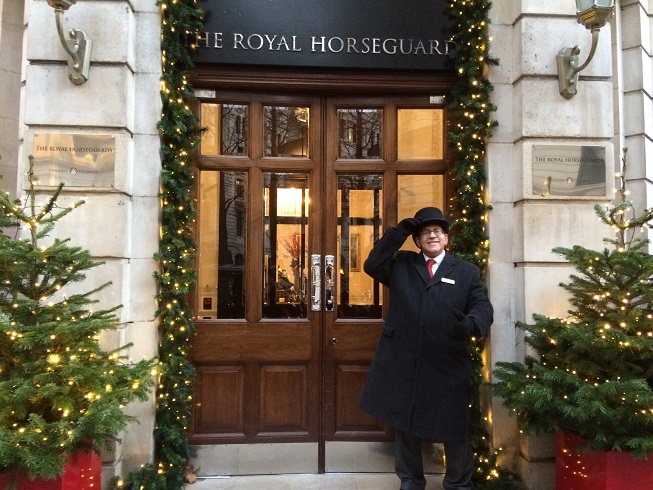 Our friendly doorman bids us a safe journey

The restaurant at The Royal Horseguards hotel

Dinner at the The Royal Horseguards hotel restaurant after the performance was very good – the seared scallops with chorizo and pickled apple starter (£15) was tasty and looked great, and the fillet steak (£31) was perfectly cooked, with great Bearnaise sauce and excellent sides of buttered kale and roast potatoes. We shared a dessert (a vast but excellent creme brulee) and with a glass of wine each and a G&T for me, it came to £163 – welcome to London. 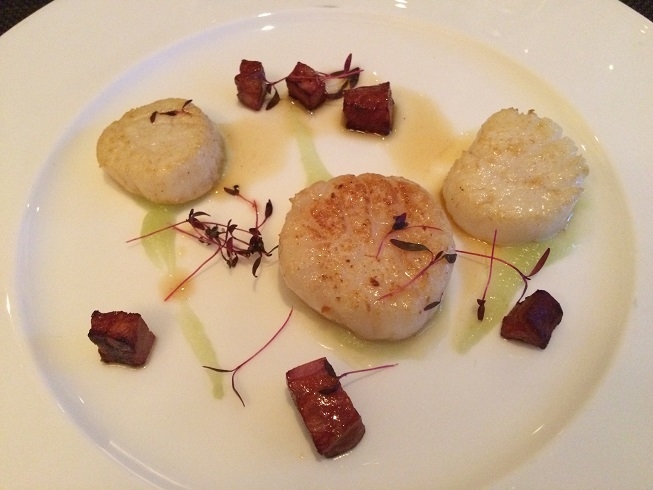 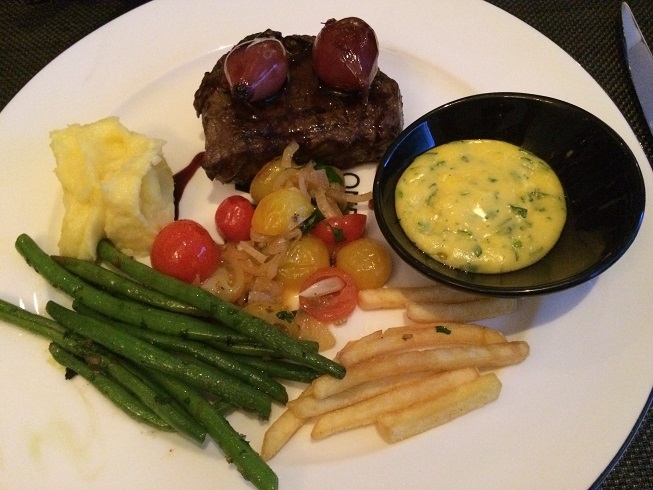 While the Equus bar was tempting – and much busier than hotel bars usually are on a Monday night – we decided an early night was in order. 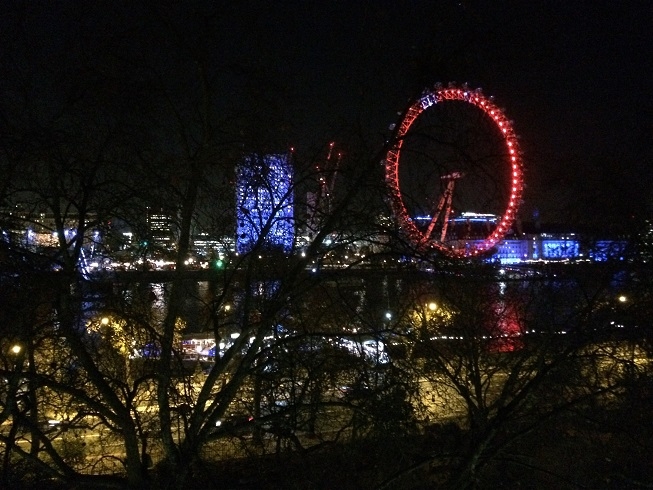 The night-time view from our bedroom window

Breakfast at The Royal Horseguards hotel

Breakfast the next day was both good and less so: there was an extensive buffet ranging from croissants, cereal and yogurt to gravadlax, pate and a whole range of hotplates containing sausages, crispy bacon, fried eggs, mushrooms and tomatoes. 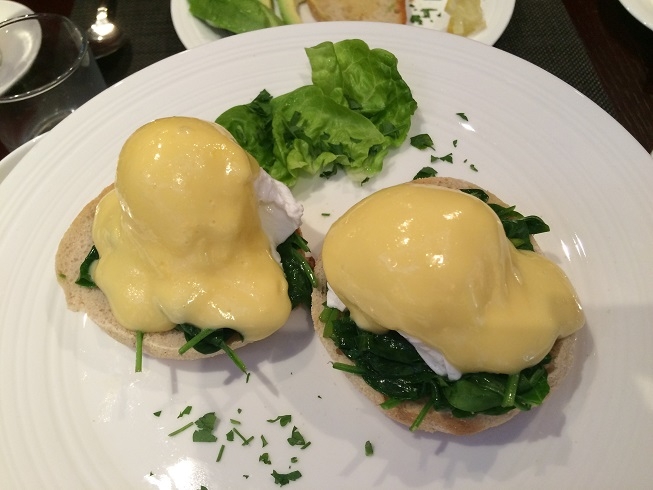 On the downside, we weren’t given a breakfast menu (in fact no-one was for some reason)- it was only when I found a pile of them on a table that we could read a list of all the food available and that you could order freshly cooked options too. The avocado on toast (£7) was really odd – literally just a sliced avocado plonked on some bread – but the Eggs Florentine (£11) was very good, even though it first arrived incorrectly as Eggs Benedict (and the toast we’d been offered never arrived at all). 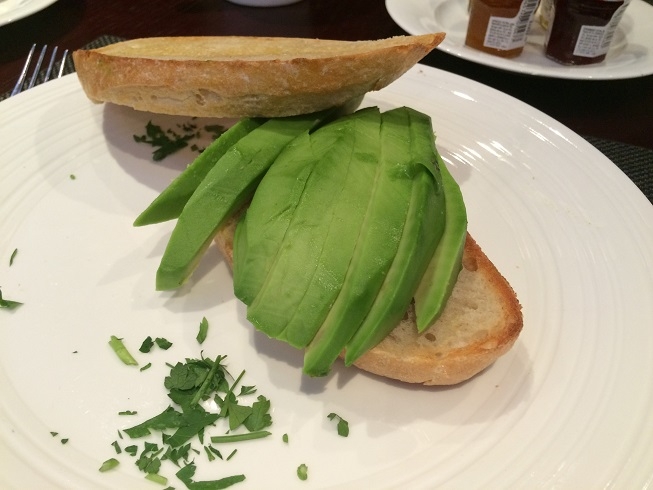 A rather unreconstructed avocado on toast

The Tower Suite at The Royal Horseguards hotel

Afterwards we had a great tour of the other rooms including the epic Tower Suite, which has a semi-circular bedroom on one floor and then a staircase leading up to a round turret with fabulous 270 degree views of London, including Big Ben and down along the curve of the Thames. The room can go for £10,000 on New Year’s Eve but the rest of the time if it’s not occupied, staff might kindly upgrade guests with a special anniversary or engagement to celebrate. 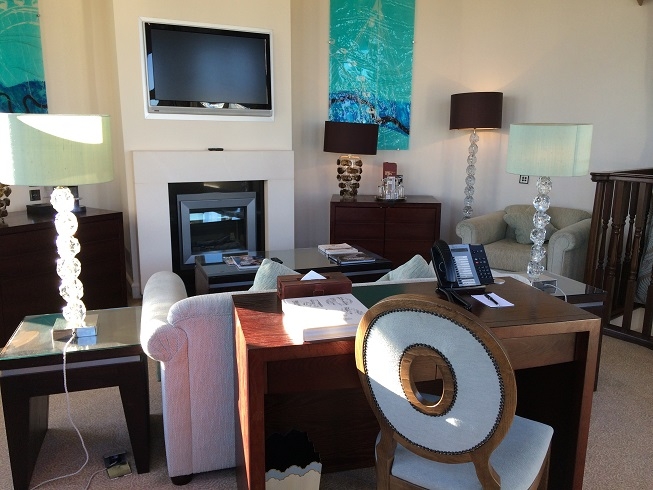 The circular room at the top of the Tower Suite 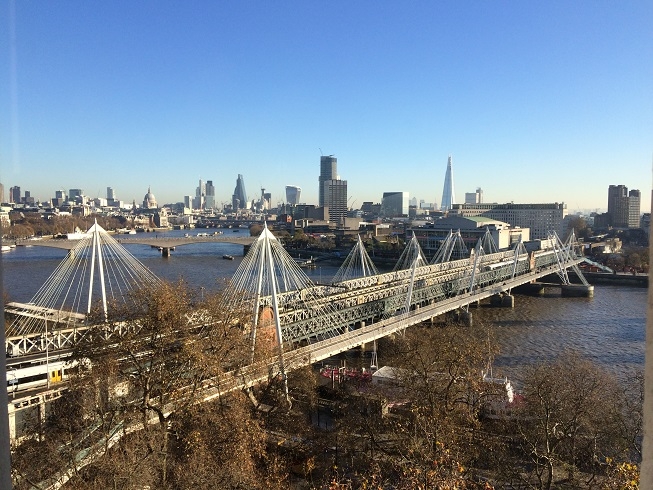 The view from the Tower Suite

The central London location is certainly hard to beat but with rivals literally just a few steps away the Royal Horseguards hotel will have stiff competition, but will no doubt be up to the challenge.

Hotel information and to book The Royal Horseguards hotel

If you’d like to read more reviews of luxury hotels in central London then look no further! A relaxing luxury spa break at The Corinthia hotel, London; Rooftop cocktails and a spa make The Montcalm Royal London House a top-to-toe destination; A Sherlock-worthy stay at Holmes hotel on Baker Street; A penthouse stay at nhow hotel, east London; Mayfair Townhouse off London’s Piccadilly; A luxurious five-stay at at The Stafford, Mayfair; Disco lights and a budget stay at Point A, Kings Cross;