Returning to Balans Soho Society restaurant Kensington High Street was like visiting an old friend who had had a complete image change in the intervening years. My colleagues and I used to come here for a post-work glass of wine of two, sitting squashed into the tall velvet banquettes which lined one wall and made the narrow restaurant look even narrower. Now the banquettes are gone, a skylight has been opened up in the roof making the space a lot lighter and airier, and oh yes, there’s a tree growing out of one of the tables. 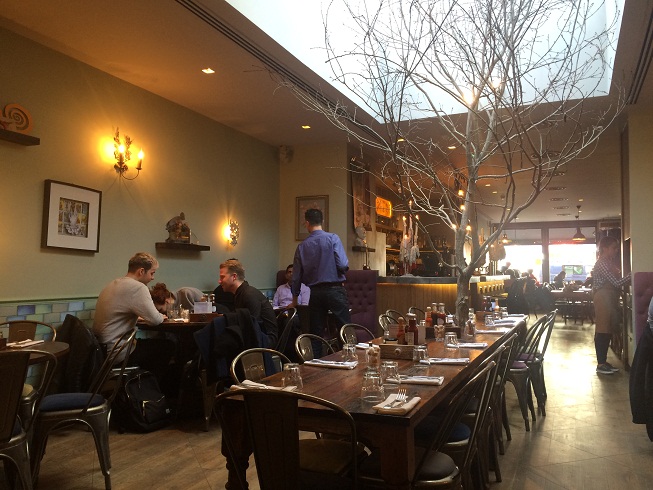 The new-look Balans Soho Society on Kensington High Street. And there’s the tree – look closer and you’ll see it’s hung with little keys, the symbol of its members’ club

[Note: my review of Balans Soho Society restaurant Kensington was first published in 2016 so some details might now be out of date] 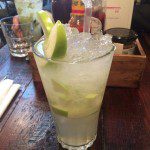 We had the refreshing but powerful gin-based Apples & Pears and Elderflower Collins, and later had a couple of glasses of wine – practically abstemious compared to the old days.

However it was the food we had mainly come to try – it was a working lunch after all – and we weren’t disappointed; the scallops (£9) looked pretty and tasted good and the calamari (£7) was given the thumbs up too. 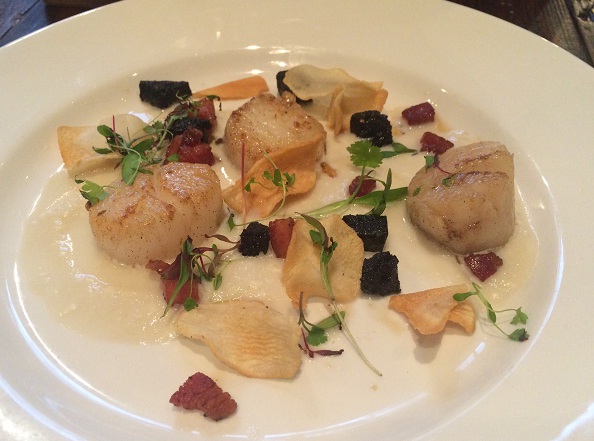 The table next to us had all ordered the Infamous Balans Burger (the restaurant’s description, not mine) at £13 and it certainly lived up to its name, all four dishes arriving stabbed straight down the middle with knives so large they were practically machetes – it looked like there had been a burger massacre.

We ventured further down the menu instead: my dining companion Jeff chose the red curry (£13.50) which turned out to be a lot more interesting than its simple two word description on the menu, and I went for the tuna (£18) with jasmine rice, garlic, ginger, bok choi and soy. In spite of the dish being called Sesame Tuna I wasn’t expecting to be entirely enveloped in the seeds but it was surprisingly delicious, very juicy, very tender and very fresh. 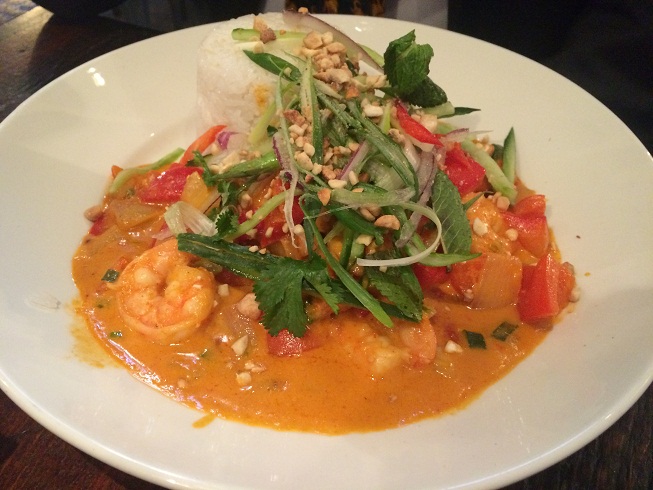 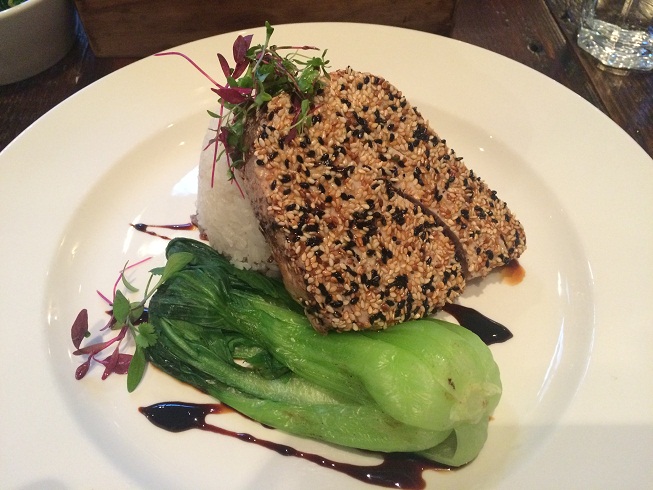 We optimistically thought we could squeeze in a small dessert but when it arrived it turned out to be the biggest slice of banofee pie we’d ever seen. Other options were, like the banoffee pie, all rather dense and sugar: trifle, sticky toffee pudding, warm doughnuts and chocolate tart – something lighter or fruitier might have been nice. 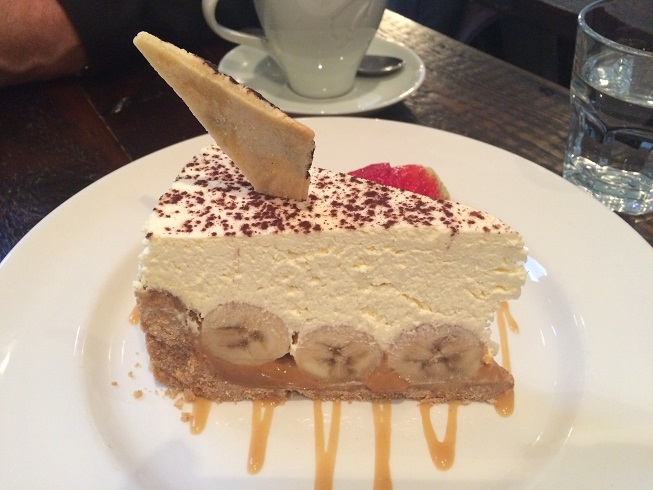 The service was very friendly and efficient without being pushy and while the restaurant was fairly quiet of a Tuesday lunchtime I can imagine it really takes off in the evenings and at weekends. The brunch menu looked particularly inviting with the ultra-indulgent High Society Eggs Benedict – fresh lobster, avocado and bacon – and the frankly terrifying-sounding hangover cure The Morning After, which contains gin, vermouth, absinthe and the ‘house recovery syrup’. One for my next visit to Balans Soho Society restaurant Kensington maybe..

If you like reviews of luxury hotels in London then you’ll love reading this reviews: