For frequent travellers to the capital who find hotels increasingly soulless – or just miss being able to cook dinner – there is another option: staying in a serviced apartment in London.

Rather than having to inhabit just one room and go out for meals, the appeal of serviced apartments is often the extra space – such as a separate living room and kitchen – plus the security of a reception, a daily maid service, a central location and being able to stay there for the night, a week, or months and even years at a time. 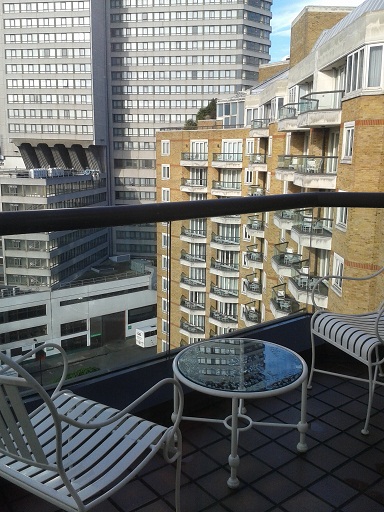 Judging by the five-star Cheval Residences serviced apartments in London, I stayed in, which was just behind Gloucester Road tube station, an added benefit was that the place – known as Cheval Residences Gloucester Park – was immaculate. It was like being given my very own luxury flat in which I could totally make myself at home, forgetting that my own rather shabby flat was just a few miles away. 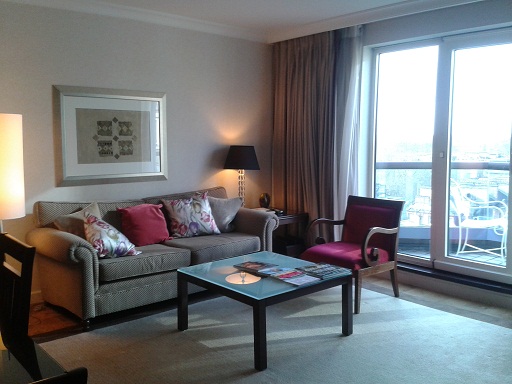 The spacious lounge came with a massive TV, a lengthy dining table and a selection of magazines

I stayed in a two-bedroom, two-bathroom flat, which also had an spankingly clean kitchen and a vast living room with a polished oak dining table, comfy sofas and its own balcony with a vertigo-inspiring view. 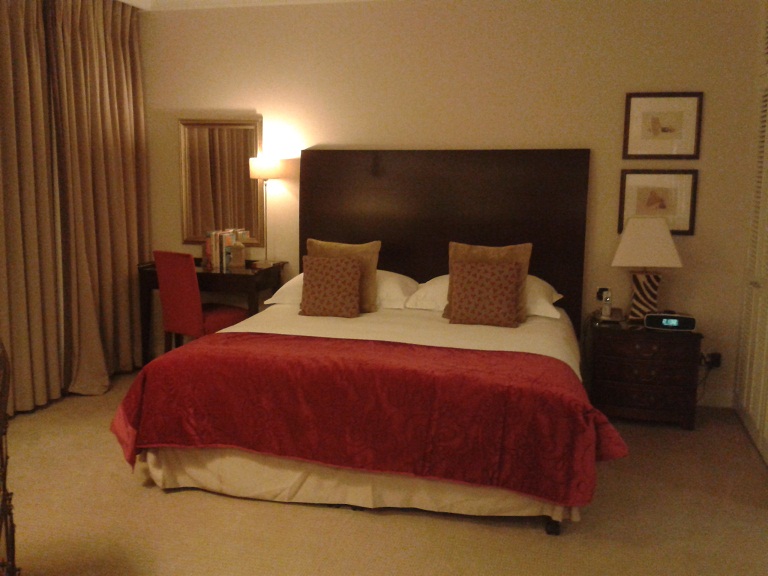 The master bedroom which had an ensuite 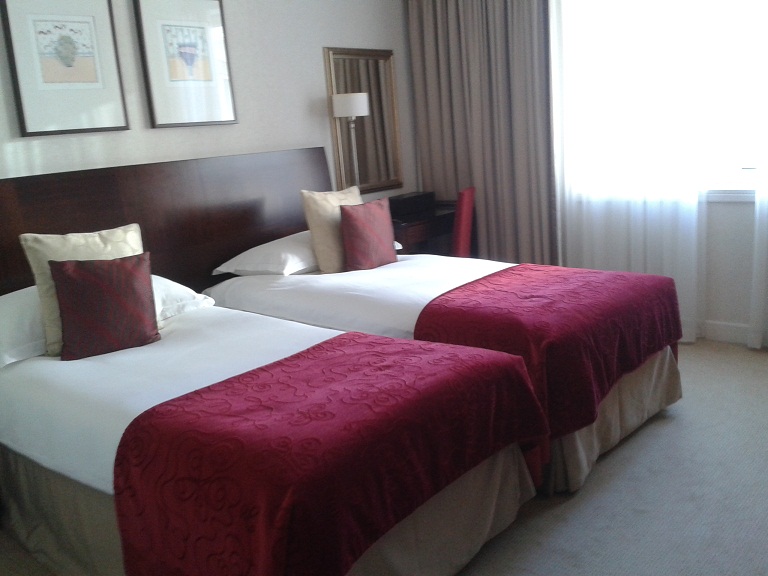 The second bedroom with twin beds

What to expect from a serviced apartment

Each room had a vast television, the bathrooms had soap, shampoo and conditioner, not forgetting slippers and fluffy robes, and the kitchen not only had a fruit basket and hamper with goodies such as fudge, cereal and Nespresso coffee pods, but the fridge had the all the essentials: eggs, orange juice, butter and milk (and there was a loaf of bread in the bread bin). 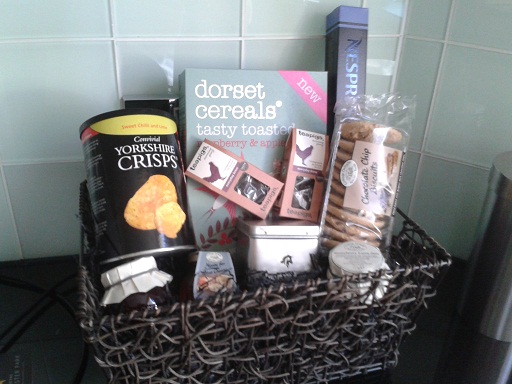 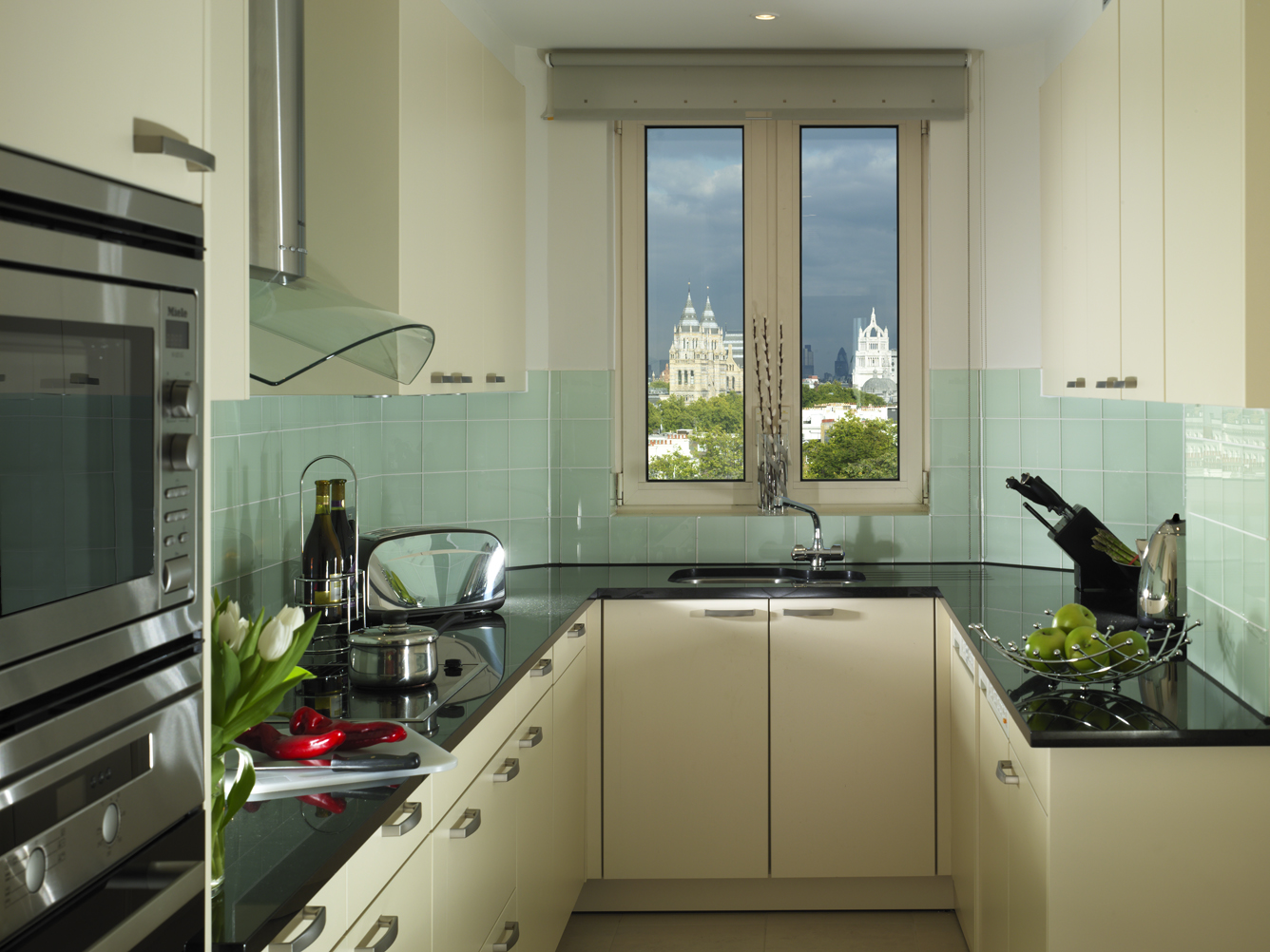 The kitchen was spotless… 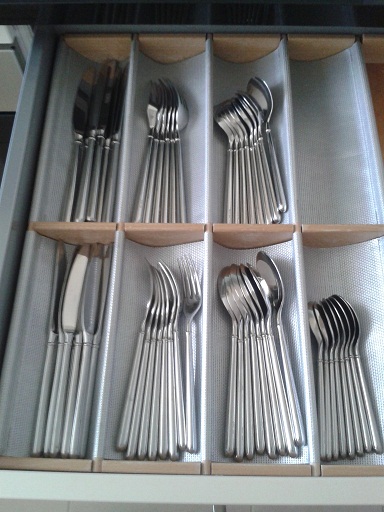 ….and the tidiest cutlery drawer I’ve ever seen

Cheval Collection, a hospitality group with twelve luxury all-apartment locations in London and Edinburgh, says that London is lagging behind other cities when it comes to serviced apartments, with just 1.6 units for every 1,000 business travellers compared with 5.3 in Asia and 5.7 in the US.

However it’s not cheap to have a place to yourself rather than a hotel room – prices start from £330 a night for a one-bedroom apartment, going up to between £2,300 to £4,900 for a week for a two-bedroom apartment in Gloucester Road. 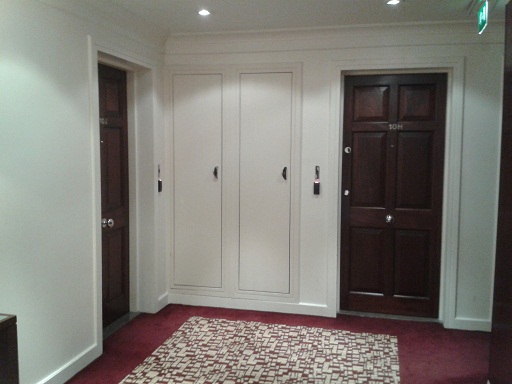 My own smart front door

There is no longer the room service food delivery as promised on its website so on the Sunday night I stayed I was advised to order a takeaway myself or head round to the 24 hour Tesco which was just a short (and rainy) walk away. I made scrambled eggs instead.

However the service was very good. The day after I left I realised I’d left my sunglasses there. When I popped round the following day they were waiting for me at reception in an envelope with my name on.

One thought on “Cheval Residences serviced apartments London; a home rather than a hotel”