There are worse things to do on a Monday morning spending the day at Centurion Club St Albans in the glorious sunshine being taught how to play golf by a charming golf pro.

Thankfully, said pro – Nick Ansell – who worked at this impressive golf club in Hertfordshire, did not seem to mind that almost all of my previous golfing experience had been on the crazy golf courses at Bognor Regis, Bournemouth, Boscombe and several campsites in Northern France.

In fact he could not have been more welcoming and friendly, which was just as well as the Centurion Club, one of the nearest golf courses to St Albans, prides itself on being a female-friendly golf club not to mention a golf club which welcomes beginners. 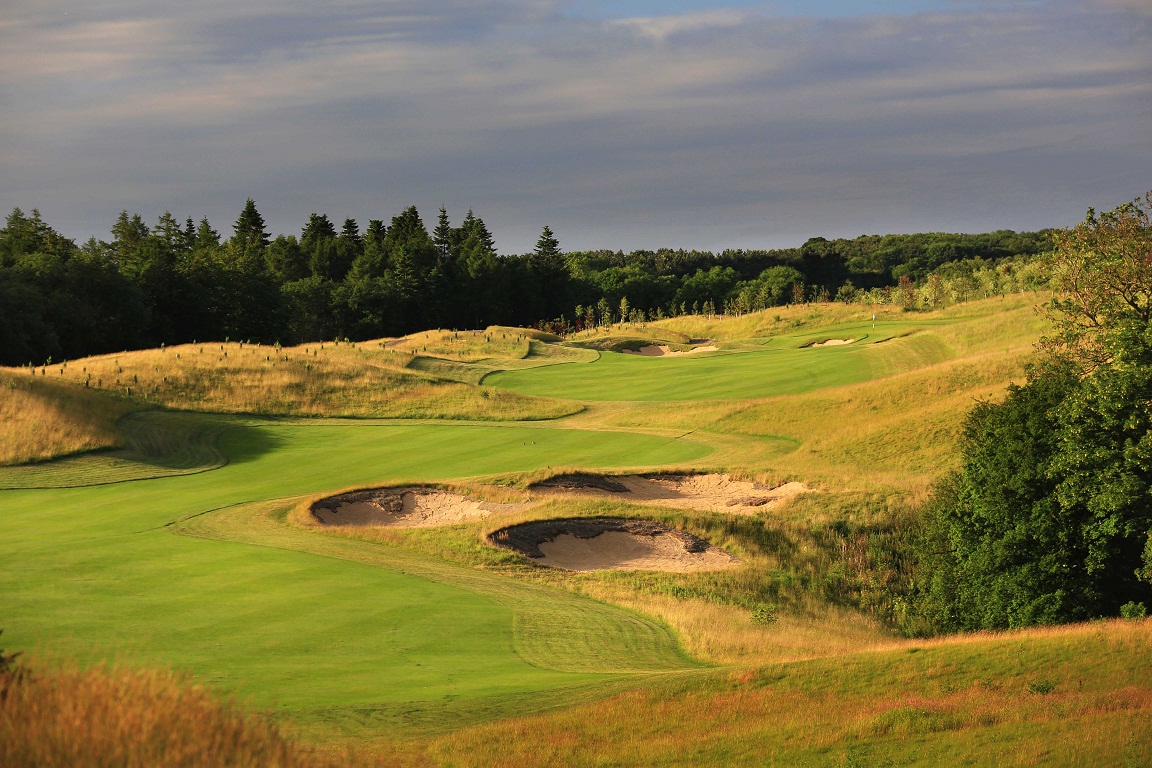 The Centurion is one of Britain’s newest golf courses

While men-only golf clubs still exist (and many who have recently opened their doors to women only did so to qualify for National Lottery funding), the Centurion’s co-founder Scott Evans has said that he is keen for the sport to be far more welcoming to everyone, including families.

‘Sadly some sex discrimination exists in British golf as it is still steeped in historic tradition,’ he said at the opening of the Centurion Golf club St Albans. ‘The Open Championship continues to be held at male-only venues in the UK for example, whereas in Europe, where the game is so much younger, there’s no such thing as segregation between sexes and women and children are actively encouraged to play.  At Centurion Club we are proud to have several lady golfers as members, including those from overseas, and we look forward to welcoming many more.’ 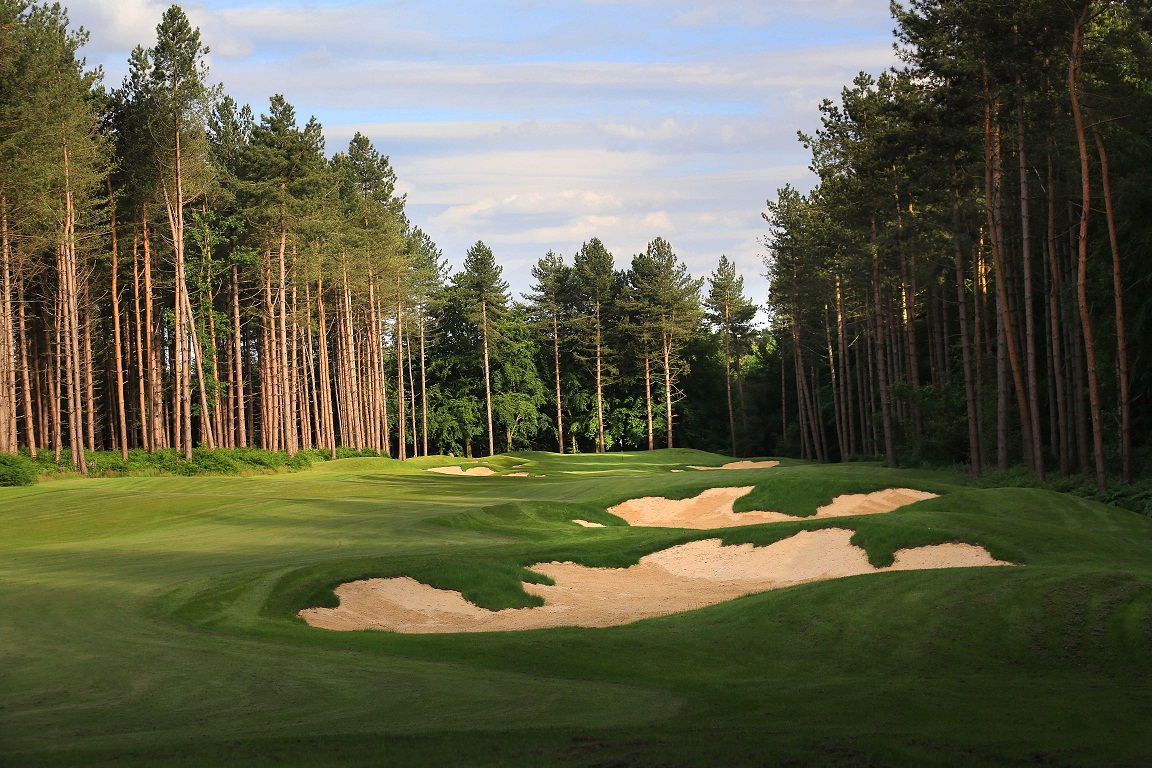 So being a lady, if not a golfer, I was invited to come up and take a look. I wasn’t going to turn down spending the day at Centurion Club St Albans as for once, the sun was shining. Knowing nothing whatsoever about golf courses and what makes a good one, I feel pretty unqualified to comment upon the Centurion’s 7,084 yard, 72-par, 18-hole course, except to say it did look great on my quick Land Rover tour.

What to expect at Centurion Club St Albans

Tucked away in the corner formed by the M25 and the M1 it is surprisingly big, contains a huge amount of variety of landscape, so one moment you are playing in woodland and then you burst out onto more open terrain, and it is obvious that a lot of care and attention has gone into its construction.

There are fives sets of tees on each hole too, the idea being that the inexperienced can still go round with the experts, such as a husband and wife team, or a group of friends. 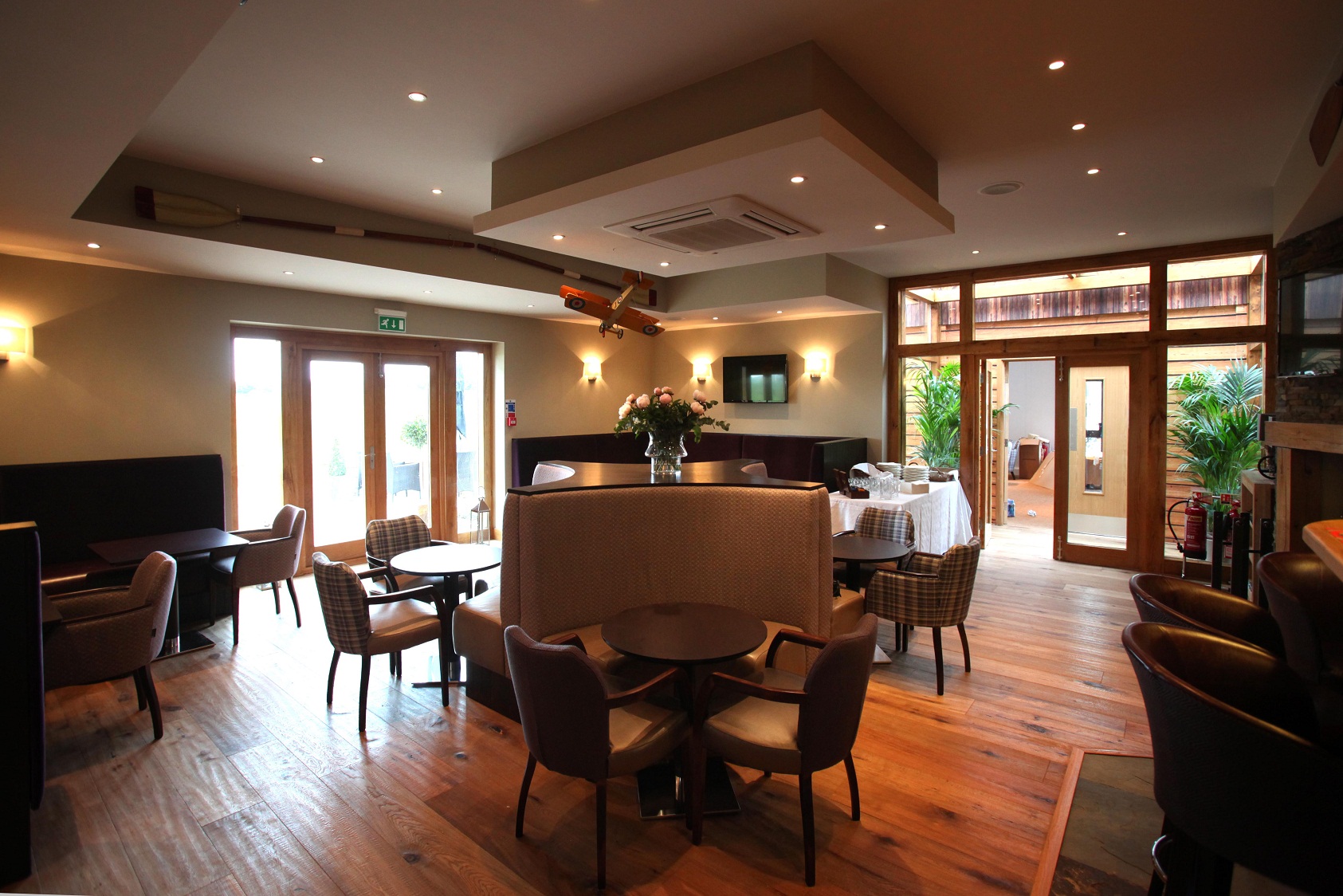 The Centurion clubhouse – the place to eat or have a relaxing drink after those 7,000+ yards… 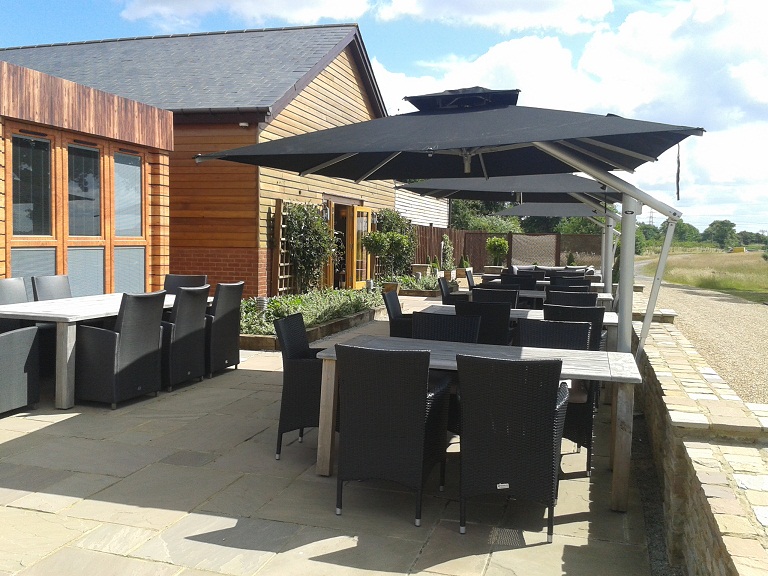 There is a lot more to come too: while the clubhouse is smart but small – immaculate changing rooms, a golf shop and a bar which spills onto a smart terrace – Evans has big plans for the facilities which are already in evidence: a vast clubhouse building is being constructed next door which will hold a new restaurant and bar, conference facilities and health spa, all with a great view of the 18th hole and the lake.

There are also plans for a bar and restaurant halfway round the course, to provide a much-needed breather, or so you can play nine holes either side of a relaxing lunch. 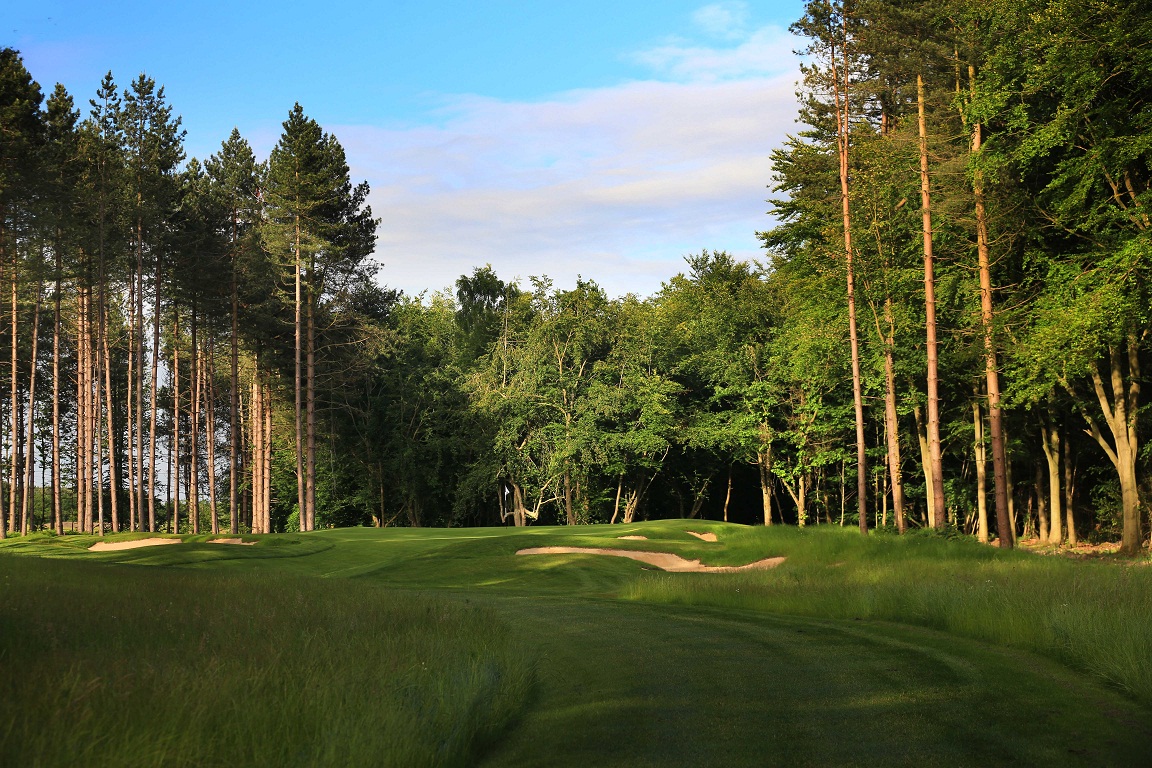 The second hole in the 18-hole golf course 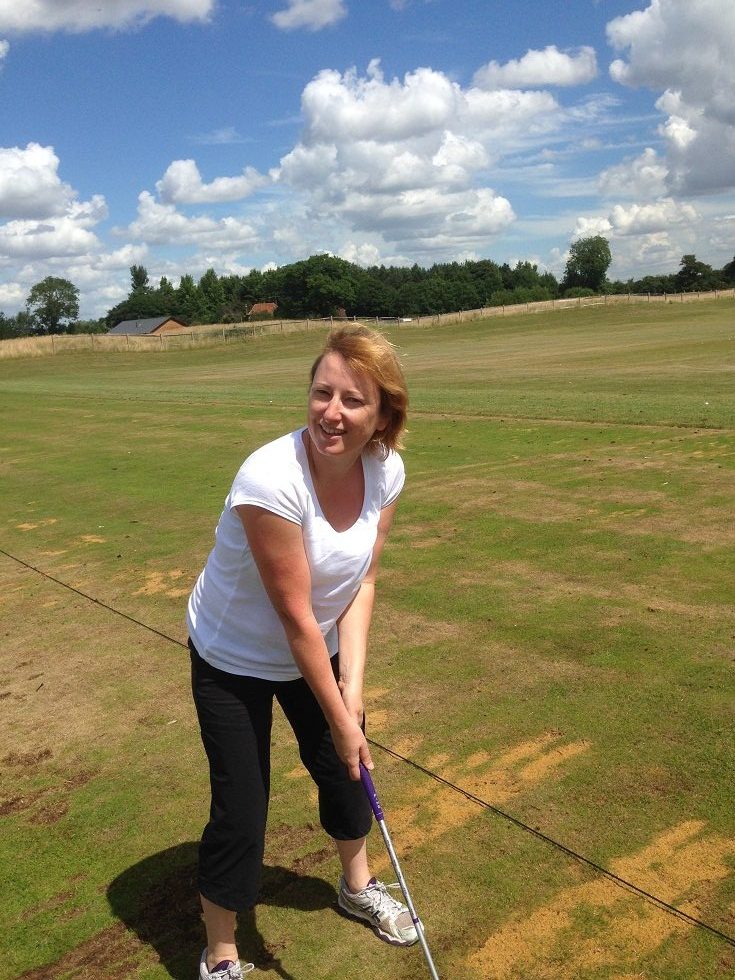 I’ve done this before, honest…but where is the windmill? 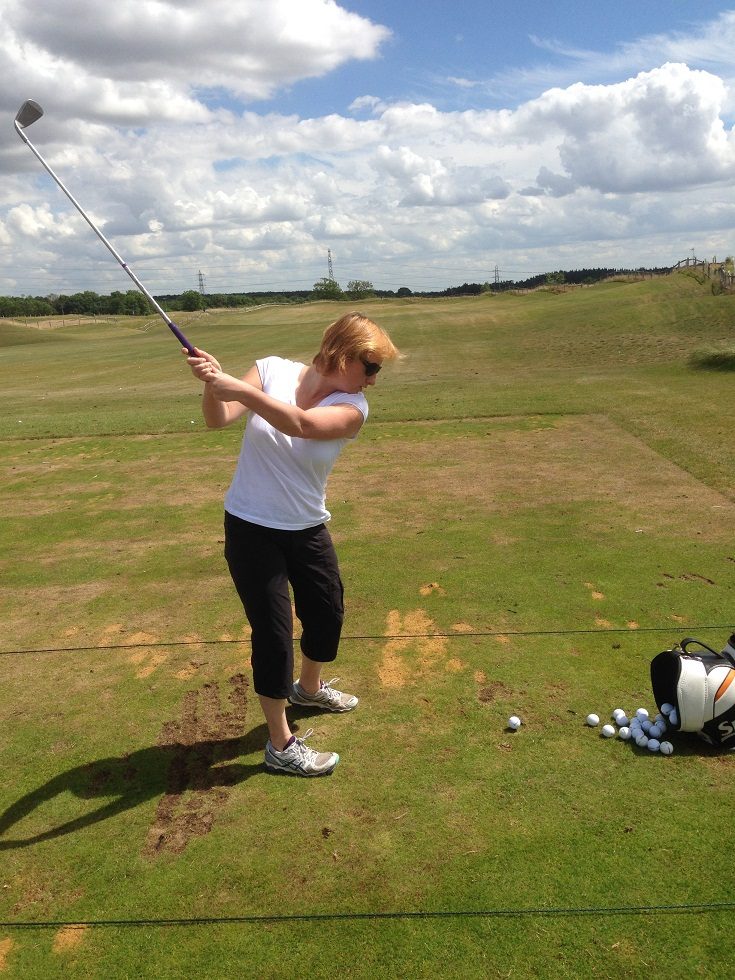 I suspect I’m doing this all wrong…

Practising on the driving range

It was while out on the driving range being instructed by Nick I started to understand the appeal. The first time I hit a ball correctly and watched it soar off into the sky I felt so proud of myself – and watched the next one bobble pathetically away from the tee as I totally scuffed it. The desire to hit it perfectly and then repeat the ‘perfect’ shot pretty compelling. 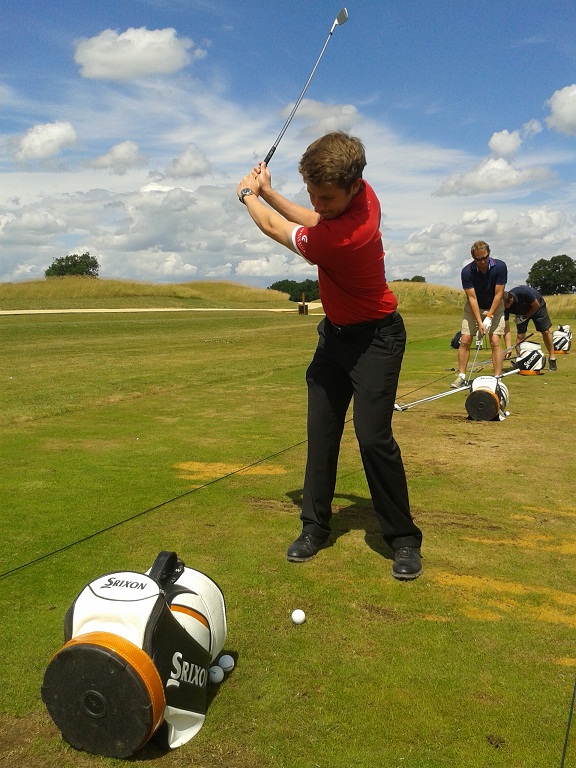 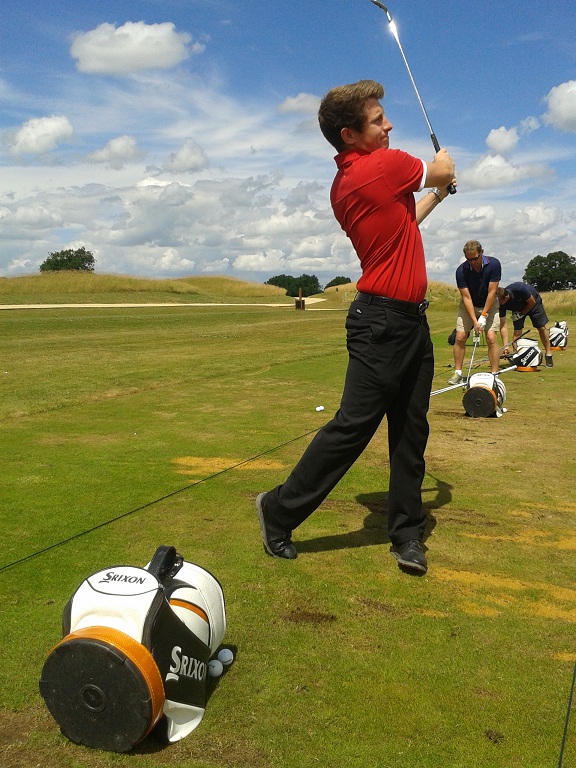 Out on the golf course

After a lengthy practice with both irons and drivers – first of all finding out what the difference is, such is my knowledge of golf – we headed out onto the golf course for a couple of holes. Nick teaches groups of women throughout the week – and guys too, and individual lessons – and says that more women are taking up the game, both so they can play with their partners but also because it’s a very sociable sport – you can get fit and then relax over lunch or a drink afterwards.

I was pretty pleased with my distances out on the fairway, but less so with my direction (hello bunker) but by the time I’d holed the ball on the 18th green I was ready to go and do the whole thing again. However lunch was calling… but I returned to London inspired to venture out with a set of clubs again soon – and not just wait until my next trip to the seaside. 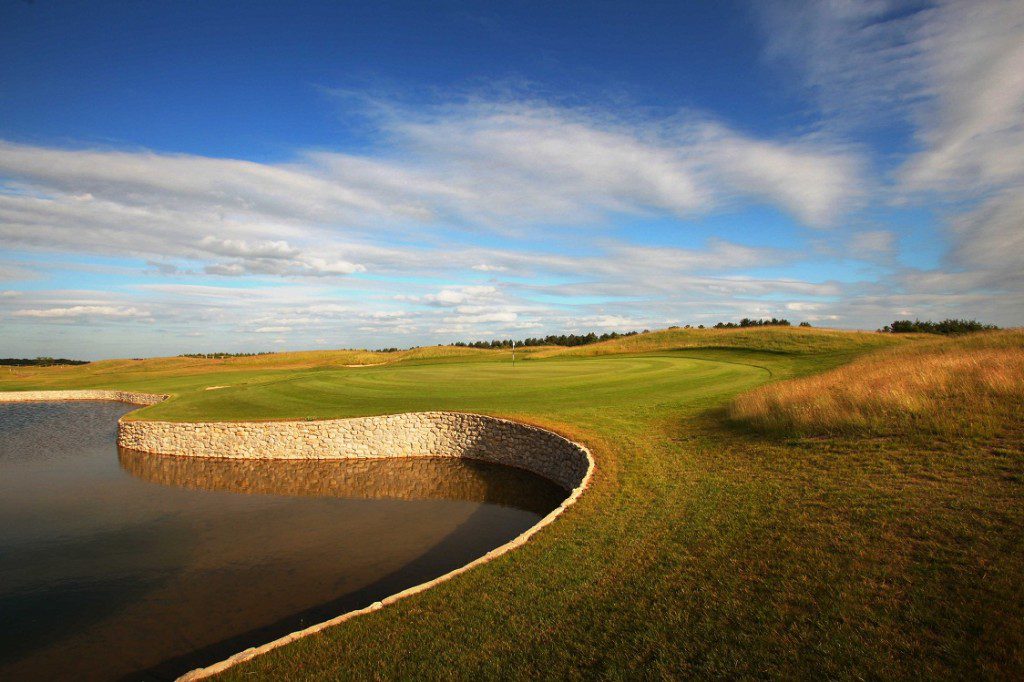 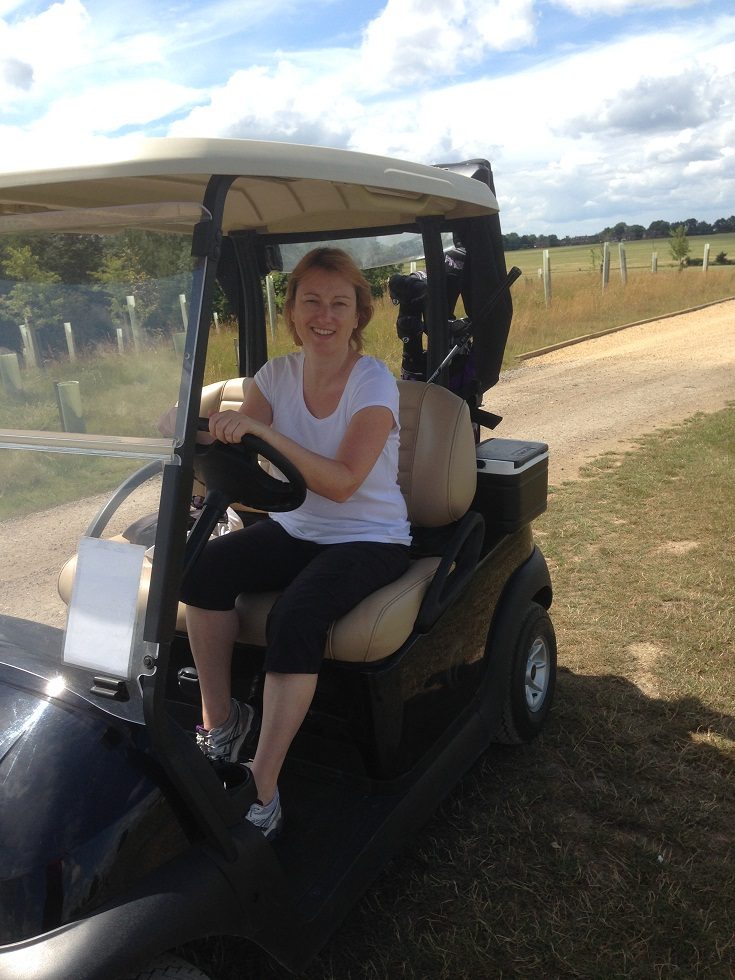 Heading back to the 19th…

Getting to the Centurion Club St Albans golf course

If you want to read about some luxury hotels with golf courses then you’ve come to the right place! Check out these amazing hotels where the golf course is just outside the front door…