If your idea of a perfect summer’s day is afternoon tea (or a gin and tonic) on a beautiful lawn in the sunshine, The Manor House luxury hotel in the pretty Cotswolds village of Castle Combe, Wiltshire, is the place to be.

The Manor House Hotel is surrounded by beautiful lawns, the Bybrook river and there’s even a golf course on the other side of the hotelThere you can immerse yourself in the Sunday papers (or even a game of lawn chess) with nothing to disturb you but the gentle chirp of birdsong, the splash from the herons fishing in the stream running through the grounds and occasionally someone coming to ask if you’d like something more to eat or drink. 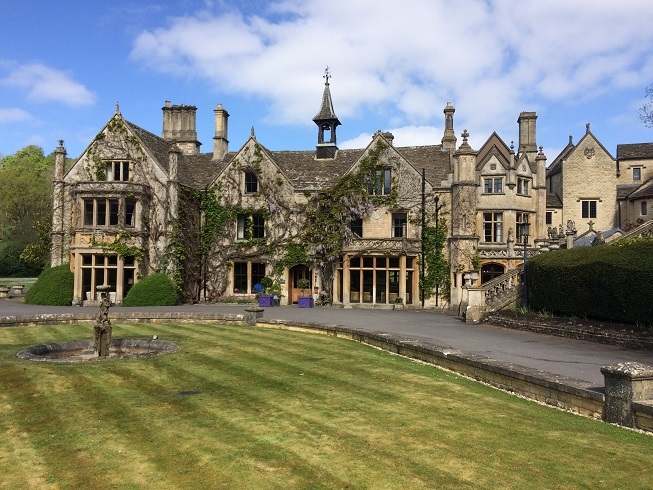 The Manor House was built in the 14th century to replace a Norman castle and former inhabitants include Sir John Falstaff who was immortalised by Shakespeare in Henry IV. The Manor House was sold in 1947 and has been a hotel ever since

The history and location of The Manor House

A circle of little hills wraps around The Manor House’s 365 acres, making the hotel feel cosy and protected from the outside world. Little seems to have changed here for centuries. The same can be said of the village of Castle Combe itself, a vision in pale Cotswold stone. From the stone bridge over the babbling brook at the bottom of the village to the 14th century market cross at the top, Castle Combe looks as if it has come straight out of a Cotswold calendar or the lid of a box of chocolates. 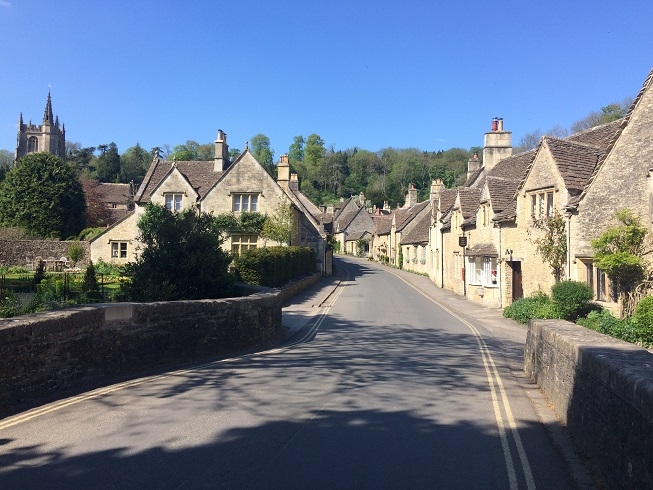 If it seems familiar, that’s because it is: Castle Combe has been the setting for a host of films and TV series, from Doctor Dolittle and War Horse  to Doctor Thorne and most recently the hugely popular Japanese anime series Kiniro Mosaic, also known as Kinmoza.

The grounds of The Manor House itself circle the village like a warm embrace, with its driveway sweeping from its gates at the southerly end of Castle Combe village to the lawns in front of the hotel, past an ornate Italian garden and a row of workers’ cottages (now converted into bedrooms) before emerging at the top of the village. 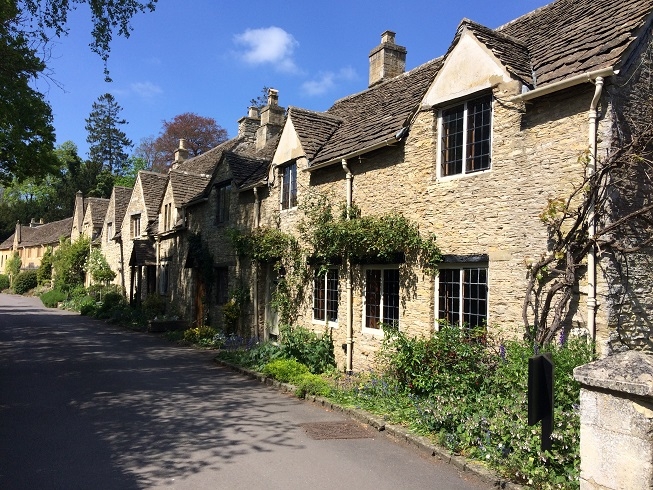 Beautiful workers’ cottages on the estate are now bedrooms and suites, just a few moment’s walk from the main house 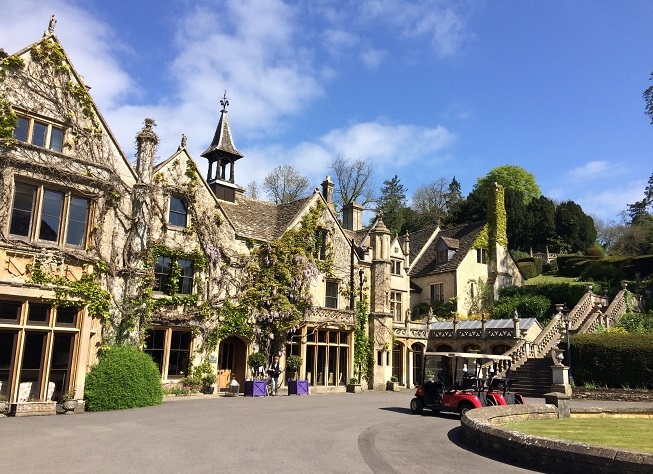 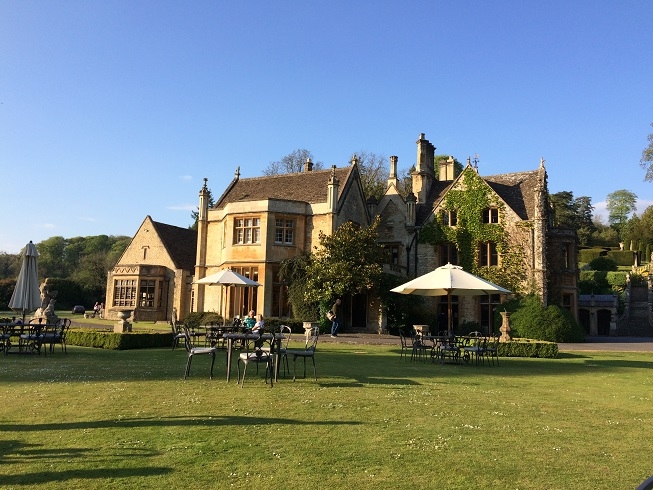 Bedrooms at The Manor House

We were first given a room right in the eaves of the hotel with a high ceiling, wooden timbers and sloping roof. It looked like a grand, classical room but still had all the modern luxuries of three TVs (one disguised as a mirror), roll-top bath, walk-in shower, brand new £300 Dyson Supersonic hairdryer and iPad detailing the hotel’s many charms. 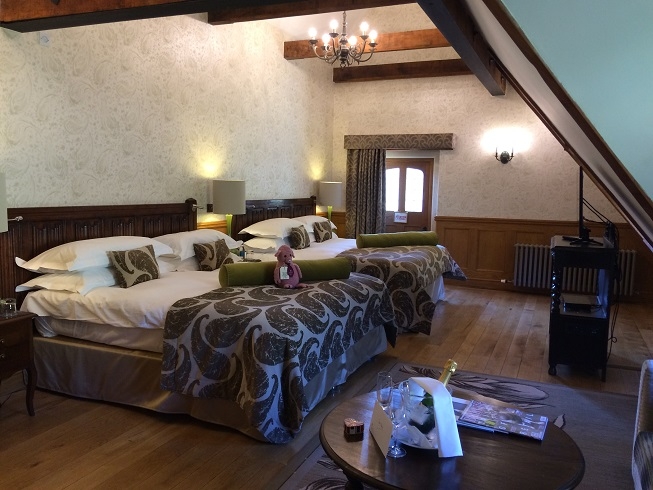 Our room at the very top of the hotel 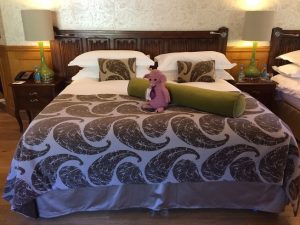 However a swarm of honey bees took up residence outside just after our arrival and soon a constant stream of little buzzing scout bees were coming through the walls in search of a new home.

Thankfully after receiving my panicked phone call to reception the hotel sprang into action and relocated us to an even better room by the front of the hotel overlooking the lawns. After dinner we found two jars of the hotel’s own honey in our room with an apologetic note from the bees. Top marks for customer service! 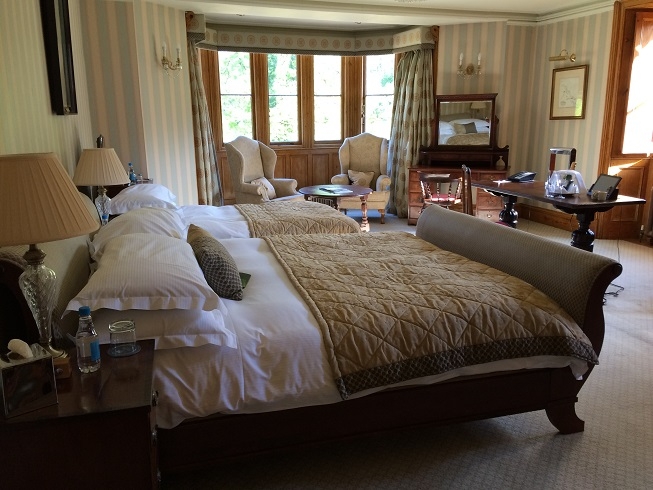 Our second room, right at the front of the hotel (and thankfully without any little honey bees) 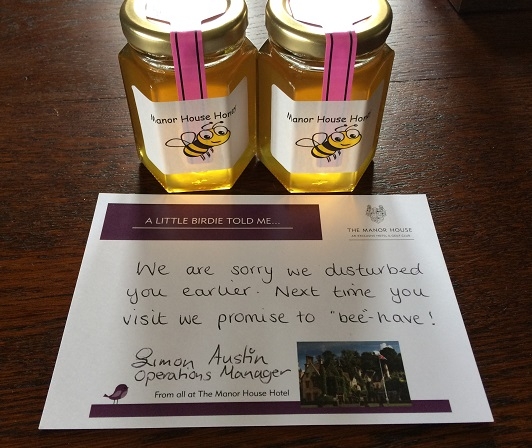 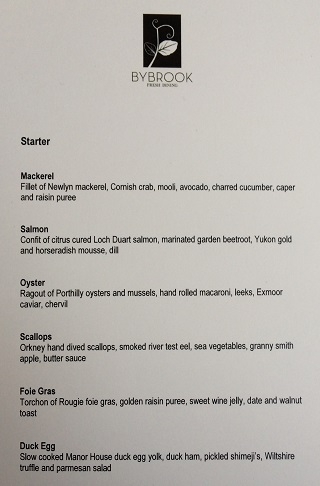 Dinner at The Manor House

Service was equally good on the lawn for a pre-dinner drink in the beautiful evening sun and then it was time for dinner at The Manor House’s restaurant, The Bybrook, named after the stream running through the grounds.

As you’d expect from a Michelin-starred restaurant, there was a host of little treats between the courses, including chicken liver parfait with fig chutney and onion espuma with pork belly. The dishes themselves were works of art, from starters of salmon confit and scallops to the mains of halibut with samphire, cockles and mussels, and fillet of beef with braised ribs and wild garlic. 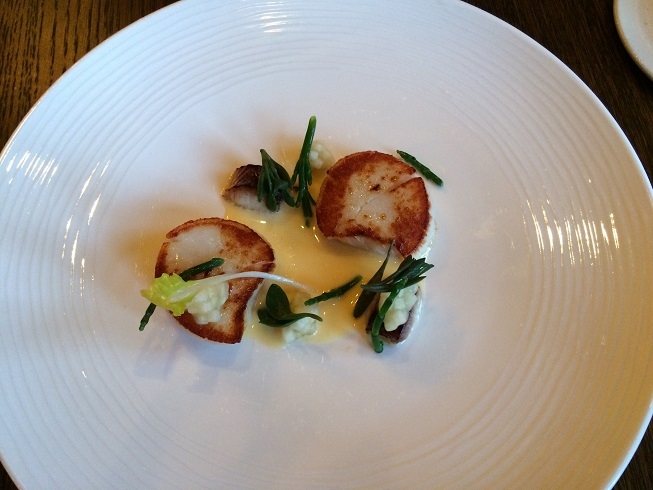 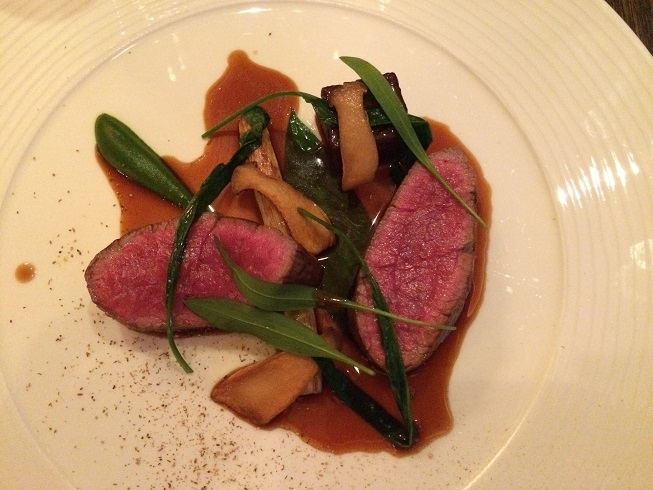 Fillet of beef with braised ribs and wild garlic 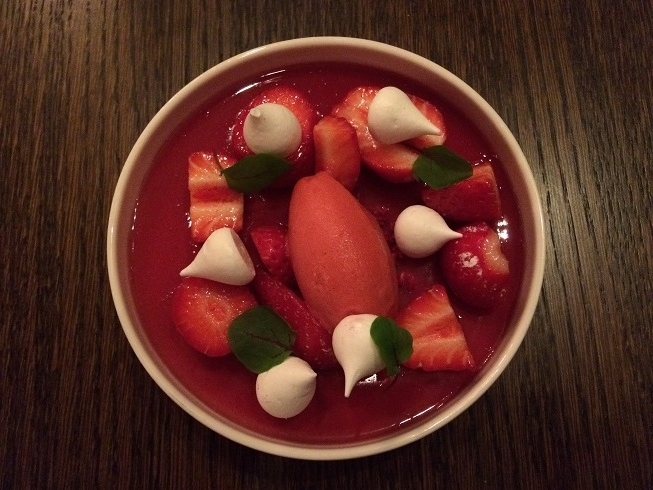 Buttermilk panna cotta topped with a salad of wild strawberries

We were far too full to try the impressive-looking cheese selection and when the coffee arrived with a cake stand of petit fours it was with some relief that we remembered that our room was just a few steps away. However guests with more stamina (or who’d maybe eaten less food than us) were heading to the little bar for a nightcap.

Breakfast at The Manor House

Breakfast the next morning was an excellent combination of continental and cooked (although I was surprised that the honey on offer wasn’t the hotel’s own) and after such a weekend’s indulgence the Italian gardens overlooking the hotel and woods surrounding the golf course at the back of the hotel were the perfect places for a lengthy summer’s morning walk. 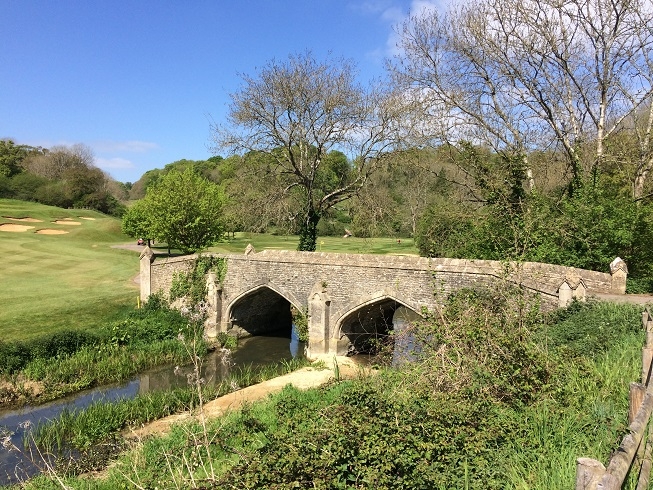 We finished our perambulations back in Castle Combe village and its beautiful church, St Andrew’s. Its 15th century clock is one of the earliest working clocks in England and we arrived by chance just before midday so we got the maximum benefit of its chimes. 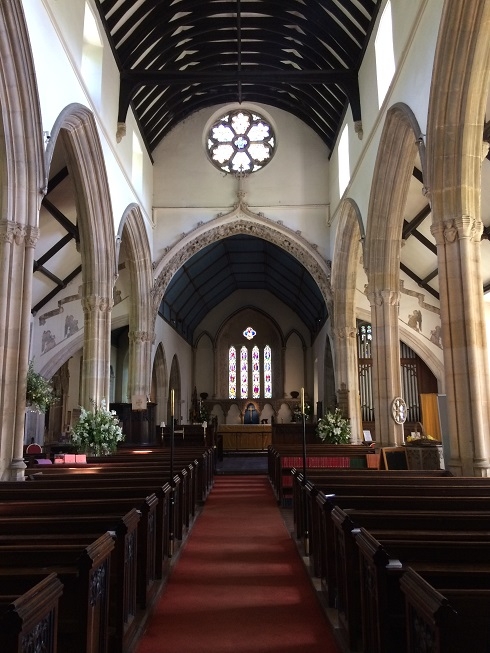 It was with some reluctance that we returned to The Manor House to pick up my little yellow car for the drive home – but the calmness from sitting in the hotel grounds in the sunshine lasted all the way home along the M4 – no mean feat. 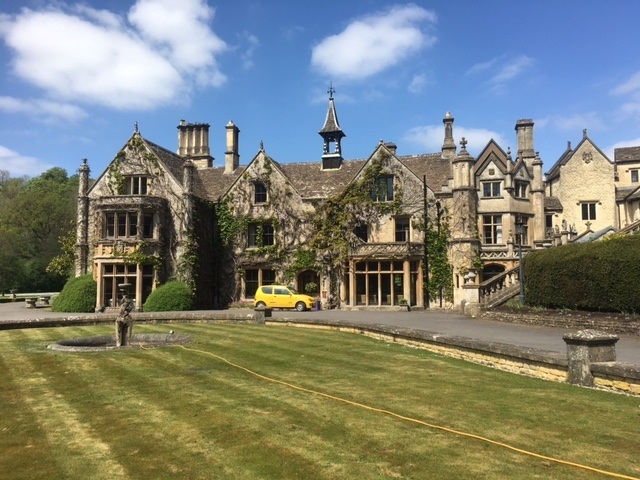 Hotel information and to book The Manor House, Castle Combe

The Manor House is part of the Exclusive Hotels group. If you’d like to check out some of the other excellent hotels in the Exclusive Hotels collection then check out: A luxury spa hotel stay in West Sussex at South Lodge; A stunning spa fit for the England rugby team at Pennyhill Park, Surrey; Lainston House hotel, Winchester: a delightful Autumn stay