There was nothing to disturb the peace of my morning stroll around the 300 acres of Hertfordshire countryside which surround luxury hotel The Grove Watford; nothing, that is, until a helicopter suddenly swooped down and landed on the immaculate lawn just outside the main building. 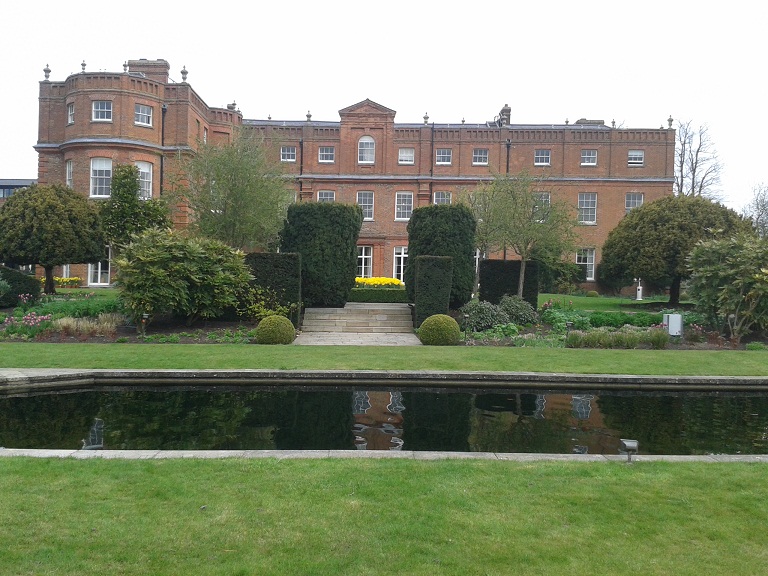 In spite of being just by the M25, The Grove is surrounded by 300 acres of countryside

A stay at The Grove Watford

Any luxury hotel where the guests arrive by air is usually full of the super-rich or the super-busy, but thankfully The Grove luxury hotel in Hertfordshire is large enough to absorb all sorts of guests without feeling too full. In fact one of the best things about our stay is that in spite of there being 225 rooms at The Grove – 26 in the older Mansion House and 191 in the more modern West Wing – it never felt crowded.

Owned by the Ralph Trustees, the privately-owned family group which also owns the Athenaeum and Runnymede hotels, The Grove hotel and spa used to be the family seat of the Earls of Clarendon before becoming, over the decades, a gardening school, health centre, riding school and a girls’ boarding school.

Book The Grove on Booking.com

Visit The Grove on Tripadvisor

It was even the secret HQ for the London, Midland & Scottish Railway during the war and was bought by its current owners in 1996 who rescued it from near ruins. 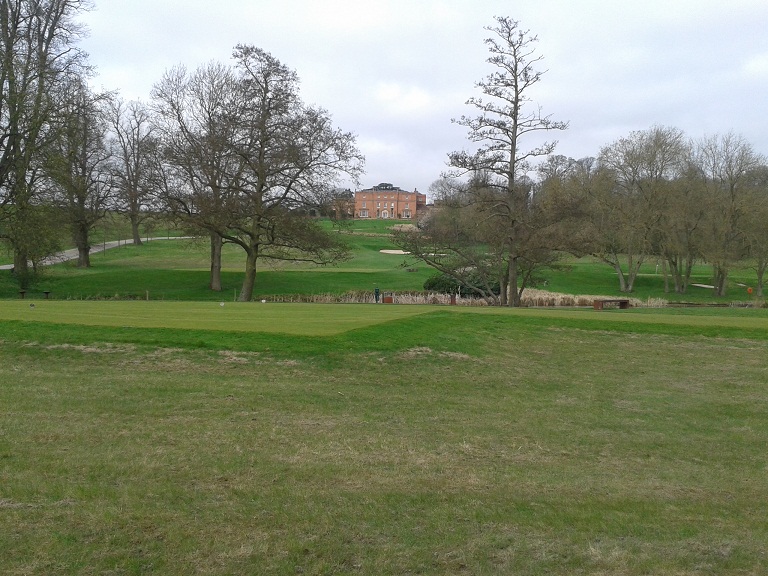 Opened as a hotel in 2004, The Grove now attracts a rather well-heeled clientele, with the vast car park full of the more expensive type of car – Jaguars, Daimlers and even a Rolls-Royce could be seen next to my rather more humble Fiat 600. It also has its own 7,152 yard championship course which has played host to the likes of Tiger Woods, and its popular luxury spa, Sequoia. 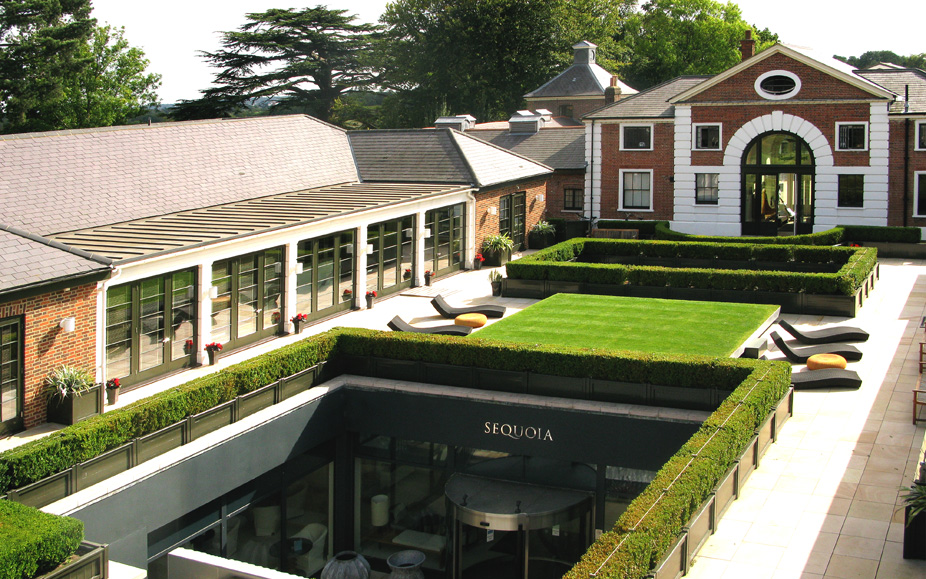 A family stay at The Grove Watford

Once we’d checked into our family room – twin beds as requested, two children’s beds, our own private patio, a big bathroom with roll-top bath and separate shower, and a box of delights for the kids including books, games and a monster truck – we headed straight off out again, clutching our two maps (yes, The Grove is pretty big) to find the Walled Garden, a separate ‘holiday-within-a-holiday’ place to make us feel like we’d travelled far more than a mile or so from our home. 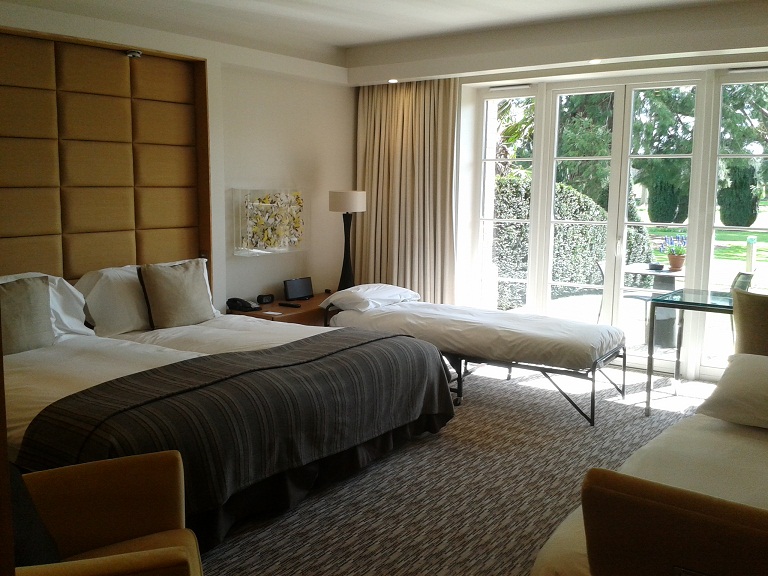 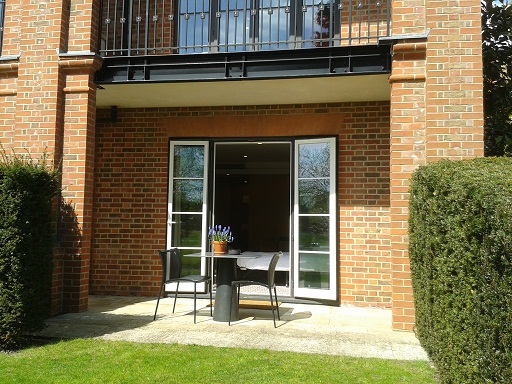 …with its own sunny terrace

Facilities at The Grove Watford

Inside the Walled Garden we found tennis courts, a croquet lawn, a sandy beach and best of all, a heated outdoor swimming pool with its own cafe and lots of white fluffy towels. 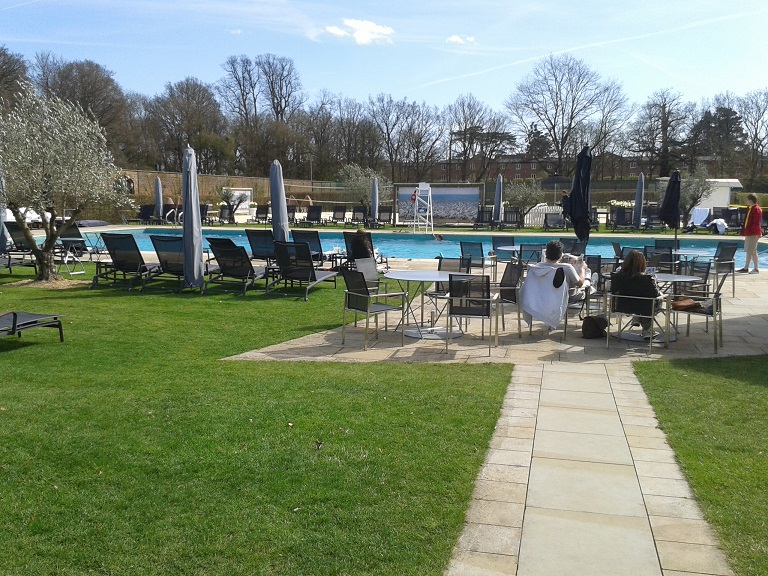 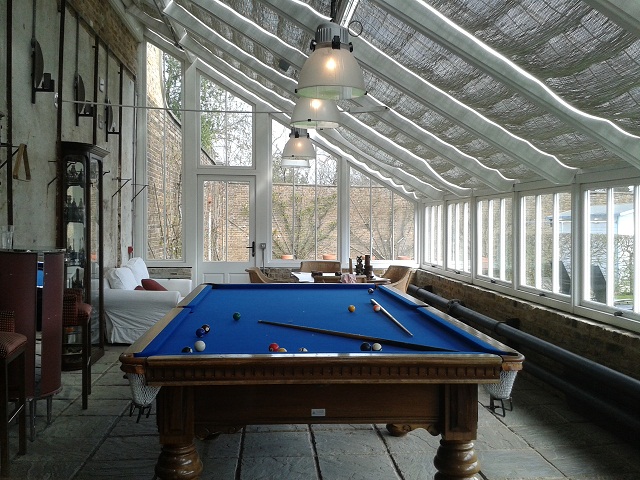 The afternoon passed happily by with games of water volleyball and attempts at synchronised swimming, plus visits to the indoor pool where we also found table tennis and pool – so much so that the six-year old was surprised when he realised we were still in England. ‘I’d thought we’d gone to France on holiday!’ he said.

There’s a whole range of other activities on offer at The Grove including archery, laser pigeon shooting, segway tours, woodland trails, hawking and football course so do check out the website for the latest offerings. 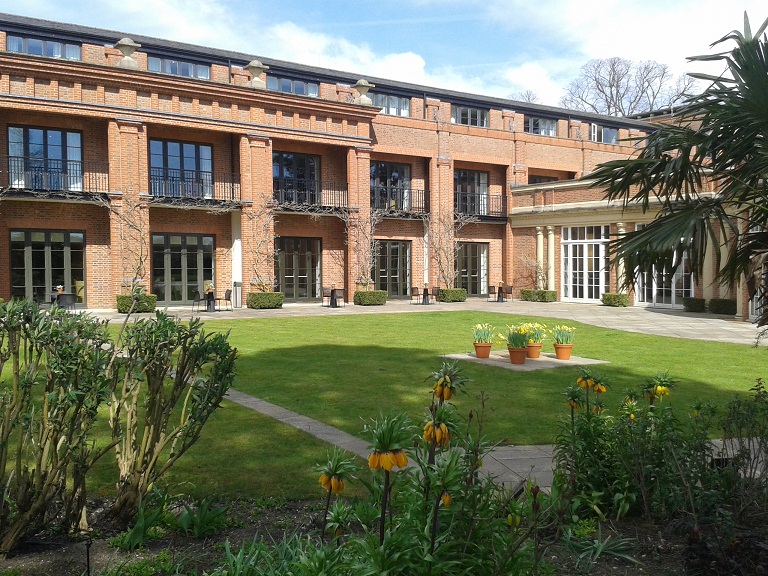 Restaurant at The Grove Watford

Hot showers all round and it was off to The Stables restaurant for dinner. It didn’t open until 6.15pm which was pretty late for little ones (there were quite a few people waiting for the doors to open) but the service was quick and the food tasty, with a good children’s selection including favourites fish and chips, pizza, burger, pasta and various desserts such as ice-cream and chocolate brownies. 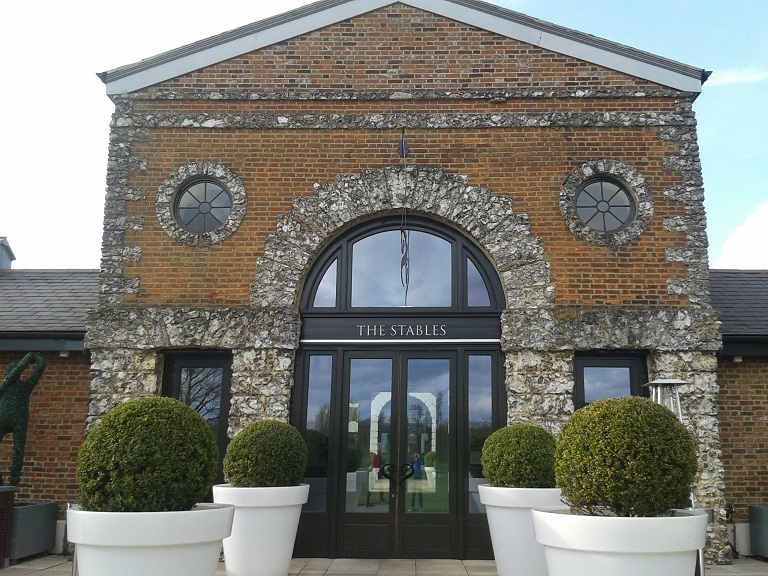 However it isn’t cheap: dinner for two adults and two children came to more than £100 even though we just had one main course each, one shared starter (a single baked scallop in its shell which at £12.50 was underwhelming), one shared dessert (a very nice children’s fruit salad at £4) and a small glass of wine each for the grown-ups.  For those who really want to push the boat out, The Grove also has its fine dining restaurant The Glasshouse which does a fine line in cocktails too.

Breakfast at The Grove Watford

Up bright and early the next day for a run around the grounds among the impressively tall and old trees, the children were most excited about the prospect of the breakfast brunch in the Glasshouse restaurant and they weren’t disappointed – there was an impressive selection of hot and cold dishes from eggs, sausages and bacon to crepes, omelettes, yoghurts, fruit, pastries and cereal and the staff were very friendly and helpful. 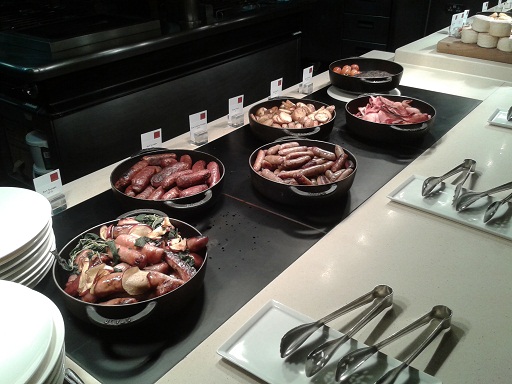 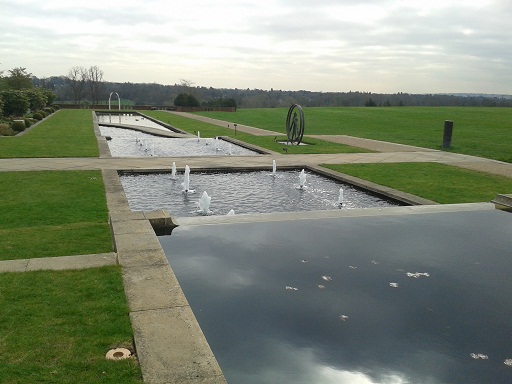 A lovely set of interlinked pools…

The games room was rather underwhelming – a tiny overheated box with racing games, pin ball and table football, but the kids loved it and it was all free which was a plus point. 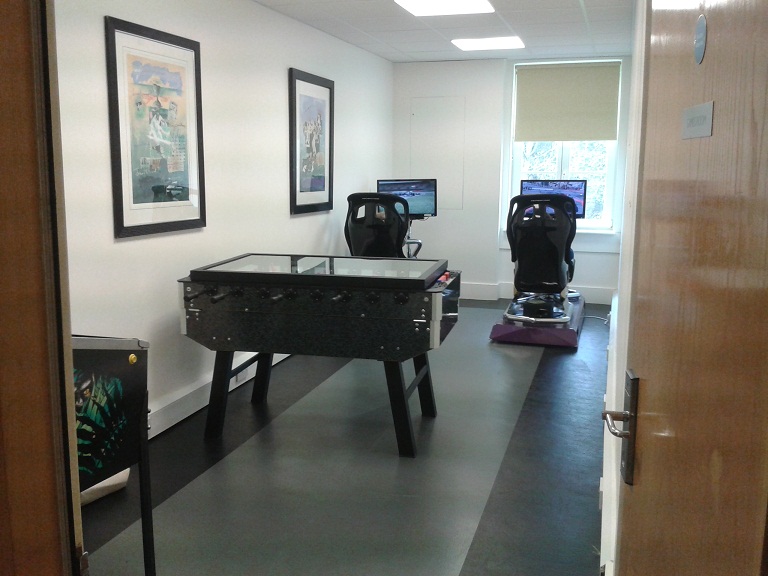 After the rest of the family headed off I was able to enjoy a swim in the vast, black-tiled pool and have a quick sauna and jacuzzi too (the changing-rooms were immaculate with large lockers, hairdryers, hair straighteners and a full range of toiletries) and then it was time to try out one of several hotel-recommended walks along the canal. 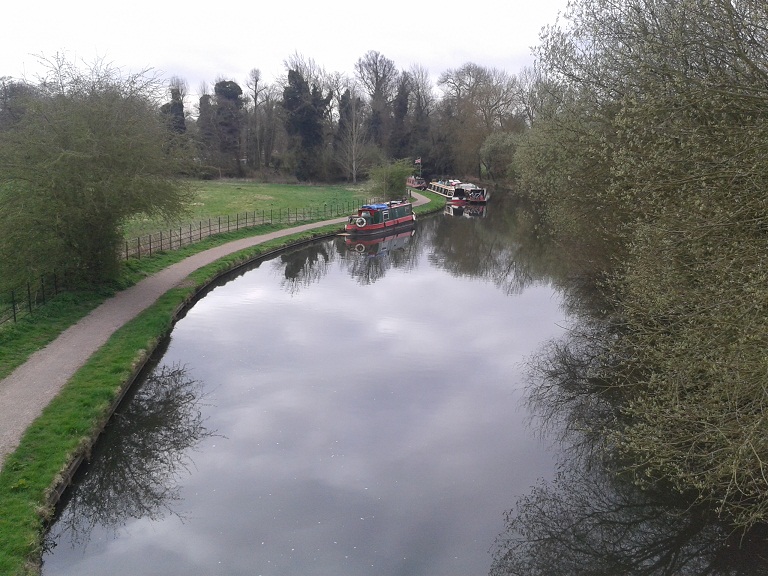 I had the canal to myself for my relaxing morning walk 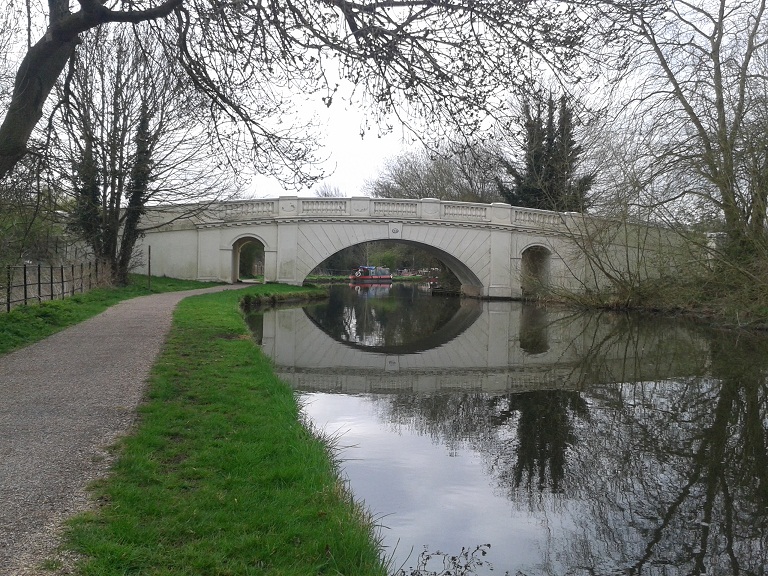 The bridge over the canal which leads back to The Grove

It was a beautiful morning and it was just so quiet it was hard to believe The Grove is just by junction 19 of the M25 – there was barely a sound from the outside world. Except for the incoming helicopter of course…

Hotel information and to book The Grove Watford

Book The Grove on Booking.com

Visit The Grove on Tripadvisor

If you like reviews of luxury country house hotels with spas then you’ll love: Bond, Bridget and me: my stay at five-stay luxury Stoke Park hotel; Park House hotel and spa near Midhurst: a West Sussex hotel gem; Danesfield house hotel and spa: luxury hotel on the Thames;