As skiing is such a sociable sport – there’s the long lunches, the dancing-on-tables après-ski, the cosy chalet dinners and oh yes, the skiing itself, going on a ski holiday by yourself with a tour operator such as Mark Warner holidays might be an alarming prospect.

However sometimes friends or family can’t get the time off work/can’t afford it/hate skiing/hate each other and so it’s either a choice of going solo or not going at all. 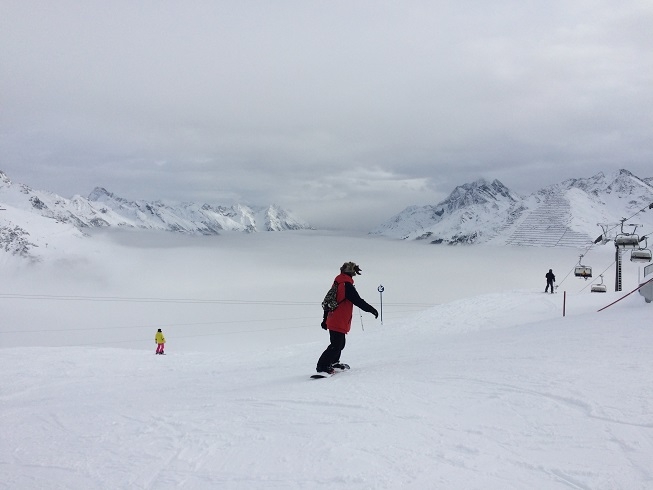 But if the thought of going on a skiing holiday especially for singles is even scarier than a black run on a icy day, then thankfully there are other options. This January I went on a Mark Warner ski holiday to St Anton in Austria completely on my own and rather to my surprise, never once felt that I was travelling alone.

Feeling tempted to head off on a ski holiday? Or maybe a beach holiday is more your thing?

Check out the latest prices and info at MarkWarner.co.uk

A lot of this was to do with the friendly reps who you got to know the moment you stepped off the plane and ushered onto the transfer bus. The hectic nature of travelling means you never know who’s on their own, who’s with friends, in a couple or in a family group, so there certainly wasn’t a feeling of having to walk down the aisle of the coach all alone under the pitying gazes of smug marrieds sitting in pairs holding hands. 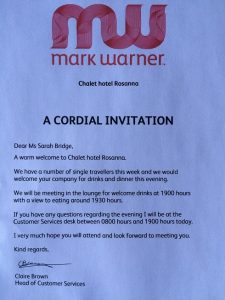 An invitation to dinner

I had been wondering about dinner – would I be sitting on my own in a corner with only a book for company? – but when I checked into my room at the Chalet Rosanna there was already a note waiting for me saying that there was a number of people travelling alone that week, and would I like to meet up with the others during the welcome drink and dinner.

It was a thoughtful touch and stopped the feeling of ‘I’m the only person to ever go skiing on their own’. 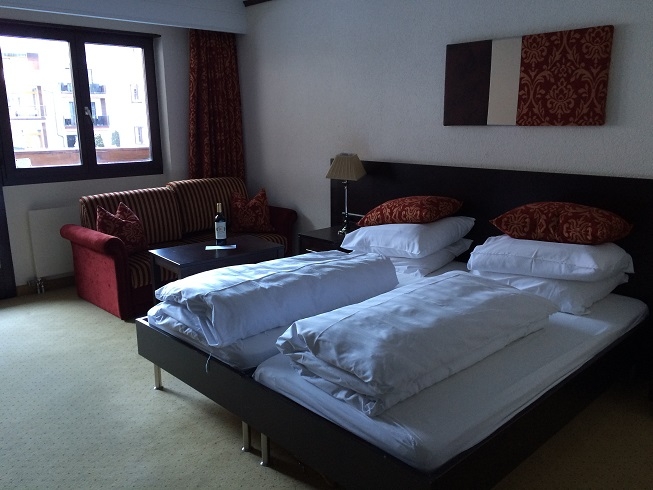 The rooms at the Chalet Rosanna were clean, warm and spacious

The communal table at dinner was a great idea and wasn’t just for singles – around five people were travelling alone, but there were about 20 of us in all, including a group of three friends meeting up for the first time in years,  two blokes who always went skiing together, and a few couples who wanted to be sociable and meet other people. 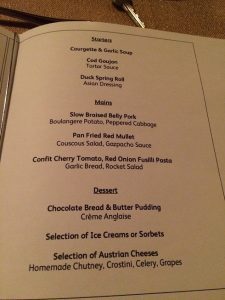 The food was good, the wine and conversation flowed, and when we all finished eating and moved to Scotty’s, the very handy pub connected to the hotel, we’d all become good friends.

It was very fluid too – people moved around and chatted to everyone, unlike the couples and family tables where people stayed put for the whole week.

The friendly theme continued into the skiing itself. There were lists put out every evening so you could sign up to ski with people of a similar ability – you just added your name to the intermediate list for example, and all met the next day outside at the allotted time – which was perfect for some of the couples who skied at different abilities (or one who wanted to ski hard and the other who wanted to shop and spa for the week). 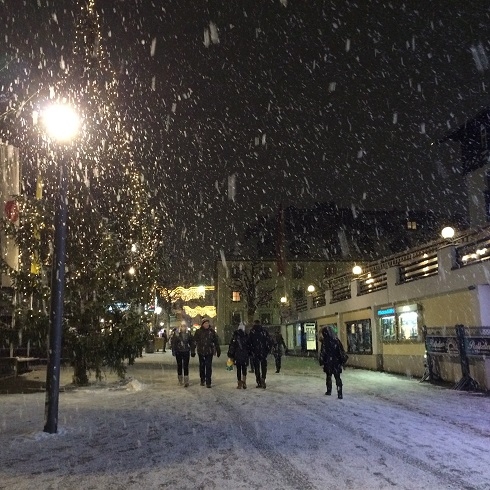 After fears that there wouldn’t be enough snow, a whole load of it arrived the day that we did

Every day there would be a restaurant named for lunch – so if you found halfway through the day that you were with the wrong ski group, you could attach yourself to another one – and there would be an après-ski spot listed too, so you could do ski school (or stay in bed all day) and still be part of the afternoon’s festivities. 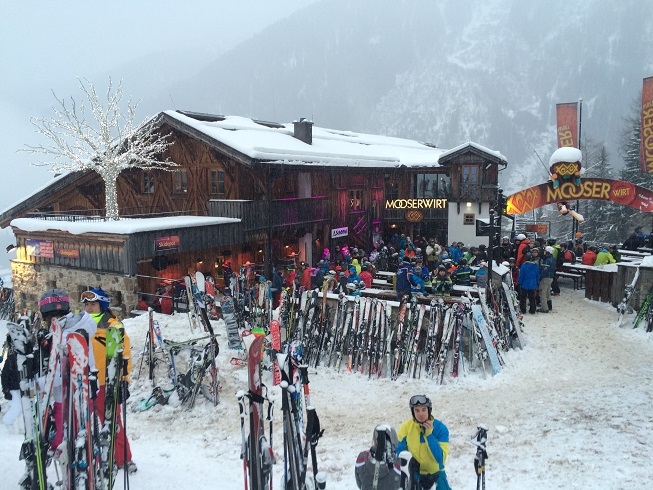 What to do in St Anton

The chalet Rosanna was sited just off the main pedestrian street which runs through St Anton, just a few minutes walk from the main Galzigbahn and Gampenbahn lifts and the ski schools but also just a short stagger from the most popular bars in town. Of course, in St Anton the après starts up in the mountains, most famously at the Mooserwirt and the Krazy Kangeroo, and there were plenty of people staying at the Chalet Rosanna who were up for silly dancing and Jager shots. 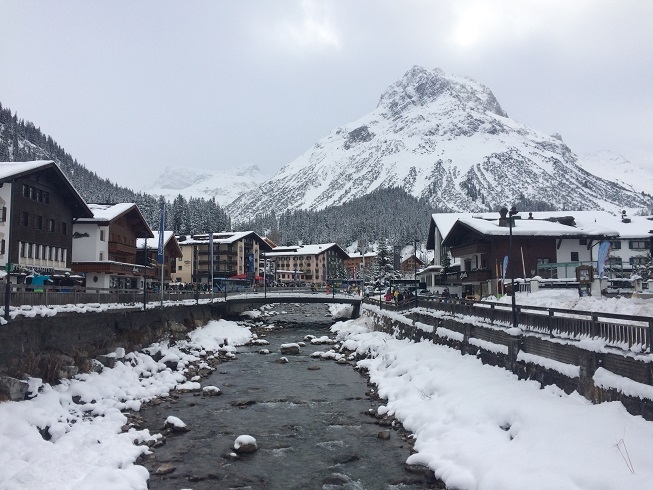 The best thing about travelling alone, I soon discovered, is that you can stick to your own schedule: whether you wanted an early night or to dance until dawn you could find someone who wanted to do that too and you could jump from group to group rather than having to be with the same people all the time. 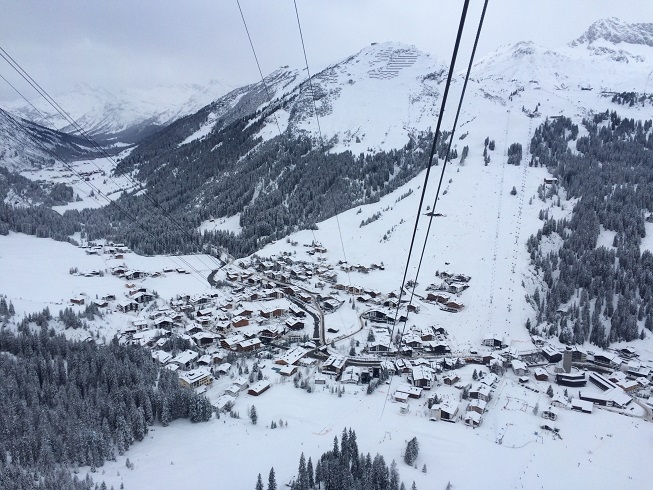 The views over Lech from the Rufikopf cable car were stunning

One night I was drinking posh cocktails in the smart Hotel Alte Post with various guests before an epic meal in a subterranean Chinese restaurant, the next night I was doing a pub quiz in a sports bar with a load of 20-somethings, the following day I was lounging in the outside pool at the local sports centre and that night I was discussing politics and poetry until 5am, all with a totally different group of people, all from the same hotel. 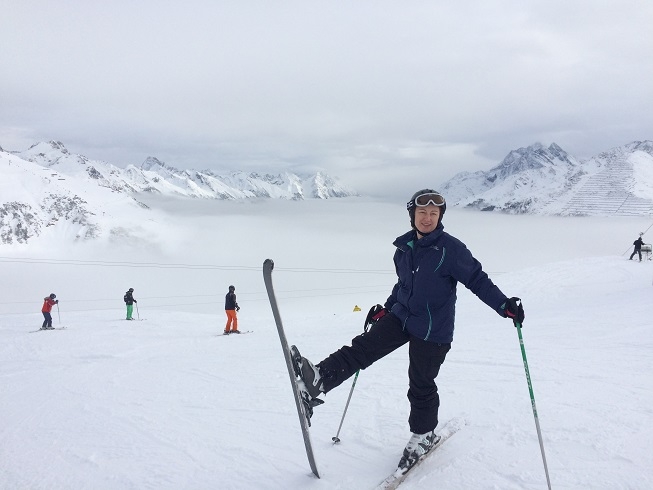 By the time the week was over I’d improved my skiing, drank far more than was good for me and made 40 new friends – and never once felt like I was on my own. Not bad!

To book go to http://www.markwarner.co.uk/