Note: my exclusive interview with Sir Rocco Forte in Browns Hotel London was first published in 2015

Sir Rocco Forte is not shy about revealing his political opinions.  As the nation approaches its most closely fought General Election in living memory, the veteran hotelier lets fly left and right – slamming Miliband, backing Cameron, mocking European bureaucrats and defending zero-hours contracts. He may be 70, but there is no sign of his energy waning.

It is all very heady stuff for a Monday morning, sitting as we are in the opulent surroundings of the Kipling Suite at Brown’s Hotel in London’s Mayfair.

‘The Conservatives are the best bet we have at the moment,’ he declares. ‘I wouldn’t say I was a big fan, but we’ve seen the economy growing faster than any other; they’ve created a load of jobs.’ 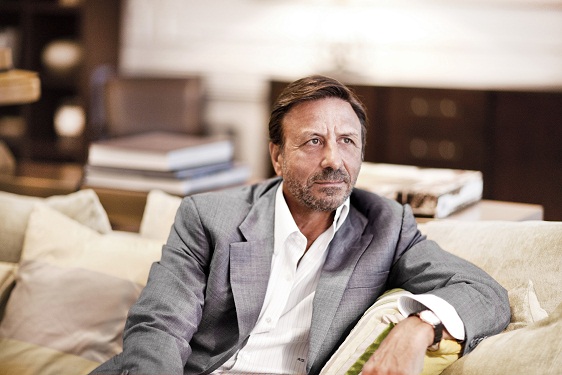 And he is not frightened to tackle head on the controversial issue of zero-hours contracts. Slammed by Labour and trade unions as exploitative, Forte claims they are an essential part of his business and that many staff prefer them.

‘All this scaremongering about zero-hours contracts is exaggerated. We’ve got people on zero hours such as in the banqueting business when we use people on a casual basis. For a lot of people that works, not all people want to work full time.’

What does Forte believe would happen if Labour got into power? ‘The mind boggles,’ he says frankly.

‘If they do the things they say they’re going to do, it’s quite frightening. They’re going to raise taxes, increase regulations on business, make labour laws more difficult for the employer.

‘On the Continent it’s impossible to sack someone however bad they are, but in a hotel business, the staff are part of the product. If you have staff who aren’t giving good service and you can’t do anything about it, it affects your business. And I’d hate to get to the situation we were in during the 1960s and 1970s which was a nightmare. Miliband wants to bring rent controls and price controls and take us back to a socialist ideal which we know just doesn’t work.’ 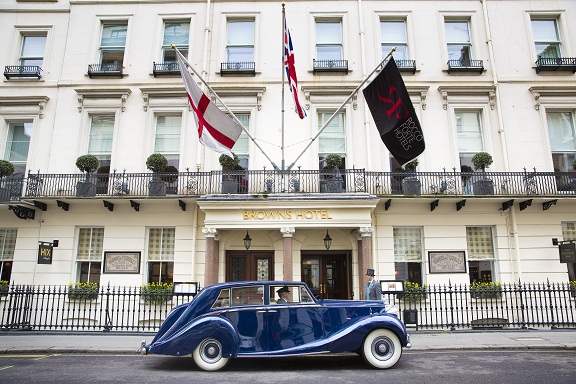 And with the mention of Europe, talk turns to Sir Richard Branson, who coincidentally has himself just joined the hotel industry and who in a recent interview in The Mail on Sunday warned of absolute disaster if Britain left the European Union.

‘He doesn’t know what he’s talking about,’ says Forte rather bluntly.

‘It’s ten times more difficult to do business in Europe – even Germany – than in the UK. In Europe you have this Brussels intelligentsia with a socialist mindset, which is completely anti-business. They’re inventing new regulations every week to make it more difficult for business to function and I think it’s a disaster for this country.’ 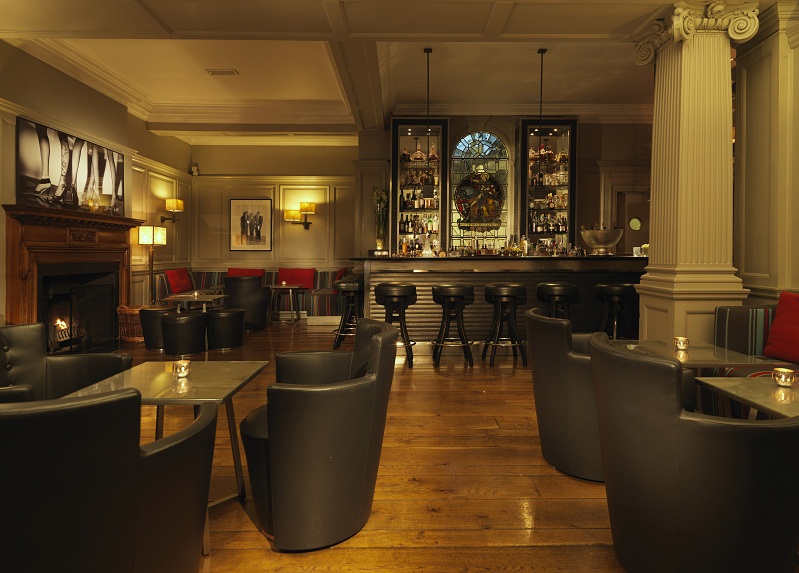 Forte warms to his theme: ‘The whole culture of continental Europe is completely different from the Anglo-Saxon approach – which has a natural instinct for free enterprise – and therefore we’re not comfortable bedfellows. The idea that it would be a disaster if we came out is a load of nonsense.’

And Forte says all this as a man with hotel interests and ambitions in Europe and a major continental shareholder. As well as Brown’s in London, the Rocco Forte Group owns nine other hotels including the Balmoral in Edinburgh, Hotel de Russie in Rome and the Astoria in St Petersburg. The company was set up with his sister, Olga Polizzi (mother of The Hotel Inspector’s Alex Polizzi).

After struggling through the recession, the group has turned a corner. It recently announced a rise in annual turnover to £193million and a trebling of profits to £10.4 million, while Italian state-backed investment group Fondo Strategico Italiano recently bought a 23 per cent stake of the company for £60 million. 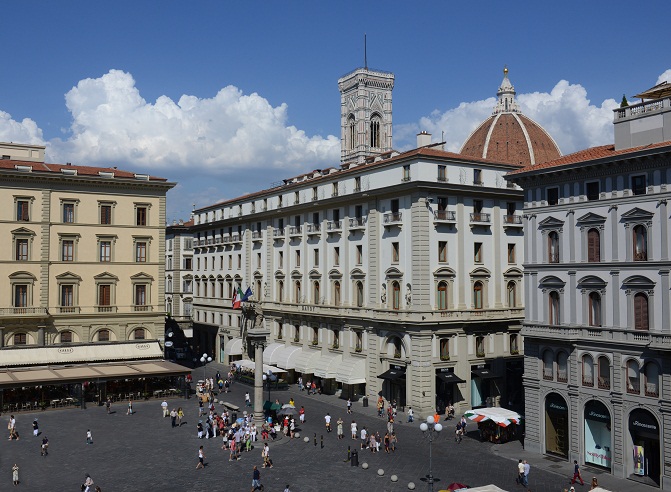 ‘After Lehman Brothers collapsed in September 2008 our sales dropped 40 per cent year on year for the first two months,’ recalls Forte. ‘It was a completely disastrous scenario because you’re operationally and financially geared up, so initially it was a question of survival.’

He immediately sold a hotel in Geneva, raising £110 million, which paid off a lot of debt and gave them breathing space with their backer, Bank of Scotland. Today, with the new backers and profits on the increase, Forte is happy to find himself able to focus on the hotels again rather than in financial discussions. However, it was a pretty nerve-racking time for the family – as well as his sister, his daughters Lydia and Irene also work in the group. 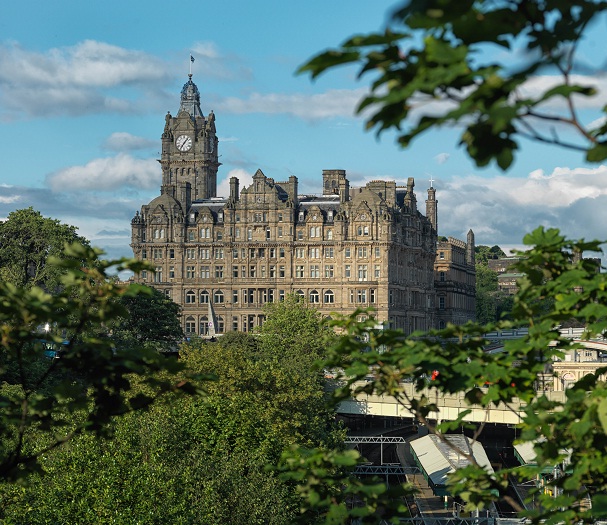 ‘I never thought we weren’t going to make it,’ says Forte. ‘My sister was saying “This is the end of the world” and I was saying “Calm down”. I don’t panic at all, I look at things in a logical way. And I don’t shoot everyone that’s involved – just think about how we can move forward.’

Rocco’s father Charles (later Lord) Forte was born in Italy but emigrated to Scotland with his family when he was very young, later setting up a café in London in 1935 as the first step in building the family business. The top job passed to Rocco in 1992. Soon after the family business was rocked by a hostile takeover of Trust House Forte by Granada.

The takeover was bruising and bitter and the family lost control of its own name. It regained the right to use Forte on hotels in 2001 and Rocco is now pondering whether to use it as a brand across his current chain.

‘We’re still having a debate about it,’ he admits. ‘Some people say I should put Rocco Forte in front of them all, but I think the hotels then lose their sense of individuality. But you can be clever about how you use it.’ 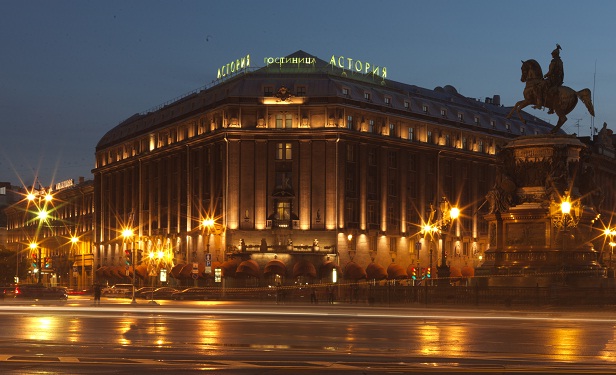 The hotel spas are gradually being rebranded Rocco Forte Spas with Rocco Forte Health, Rocco Forte products and – as if on cue – a cappuccino arrives, with the initials RF in chocolate on the top.

Forte has just returned from a trip to the US – American guests account for 27 per cent of his business – and is buoyed by the optimism of the American travel industry about travelling to Europe.

Forte would love to open a hotel in the US – ‘certainly New York, maybe Miami, maybe LA – to have a calling card in the States would be useful’.

However, Milan and Venice are the next on the cards and possibly London too – Forte is aiming to get to around 20 or 30 hotels in the next few years and is investing £10million on the existing ones. 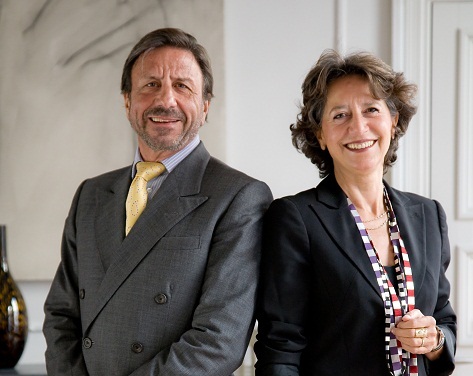 In spite of his passion for politics, he says he’ll never run for office. ‘That’s a full-time job and I already have one.’

However, it’s not all about the hotels – Forte also owns the Catholic Herald which he’s proud of turning around.

‘The business was £300,000 in debt and was losing £100,000 a year – I thought I was going to go down in history as the man who closed the Catholic Herald and my path to Heaven would have been blocked forever,’ he says, only half-joking. ‘I’m not a hugely religious person but I had a Catholic upbringing which shaped my approach generally to life, how I run the business and deal with guests, partners and suppliers.’ 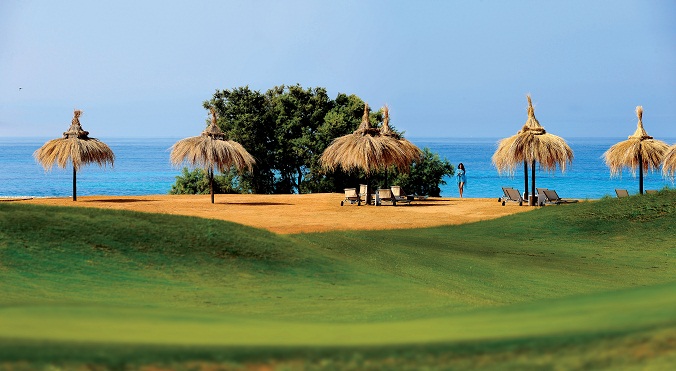 A former competitive triathlete, Forte limits himself to just a trainer three times a week and at weekends, and has no thoughts of retirement: ‘I’ve still got a lot of energy and the desire to keep going.’

He does take a long summer holiday though, often in his spa resort, Vedura in Sicily.

‘After a few days, I forget to notice everything and just completely relax,’ he says. After our chat he offers an impromptu tour of the hotel where he is recognised and greeted by staff and guests alike.

Being known on sight to the staff can be very handy. He recalls one night when he had locked himself out of his house in Chelsea and turned up at Brown’s at 1am looking for somewhere to sleep.

‘Thankfully the night porter let me in,’ he says.