First, the good points about Fifty Shades of Grey, the film which has been greeted with massive under-enthusiasm by the critics (but which hasn’t stopped it breaking box-office records, unsurprisingly given the books’ massive fanbase).

Dakota Johnson, who plays Anastasia Steele, is actually rather good in a difficult role in which she has to be sexy, innocent, vulnerable, feisty, a bit of a drip and a stubborn sex kitten all at the same time, no easy task. 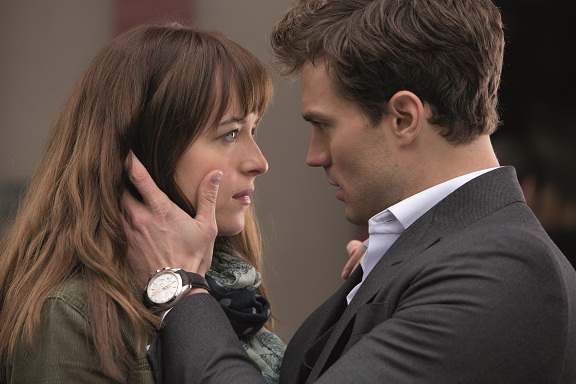 When she first pulls her unbrushed hair into a ponytail we instantly know she is playing the Anne Hathaway role in A Devil Wears Prada – attractive Hollywood actress attempts to look like ‘a normal person’ by wearing some frumpy clothes and not paying enough attention to her hair – but she somehow makes this and even the constant lip-biting (a key plot point in the book) not too irritating. She is the easiest woman in the world to turn on though – just a neck-nibble or rib-kiss is enough to have her writhing in ecstasy, but that’s probably just as well, as sadly the big let down of the film is Jamie Dornan as Christian Grey.

Again, it can’t be easy to play such a cliche-ridden character – he’s a billionaire! he’s mysterious! he’s had a bad childhood but doesn’t  want to talk about it! he’s a businessman who conducts deals from the top of a phallic skyscraper and barks business-like things into his phone like ‘They’ve got just 24 hours to decide’ and ‘Get the plane ready, I’ll be there in 30 minutes’ – but Jamie sadly, cannot act at all.

Oh my, that’s a rather big chopper you’ve got there Mr Grey…

He clenches his jaw, he shows us his ‘Blue Steel’ glare as often as he can, but in spite of how many times he tells Anastasia things like ‘I want to f*ck you into next week’ you never ever feel he’s actually horny at all. He takes his top off (hurrah!) but does so in the matter of fact manner he’d use to strip at the gym (boo) and never, ever convinces us that he’s full of desire. At one point he is gently stroking Ana with his stiff wand (not a euphemism) and the peeved, perplexed, slightly nerdish expression on his face reminded me of Rimmer (again, not a euphemism) in Red Dwarf. This is not an attractive look. 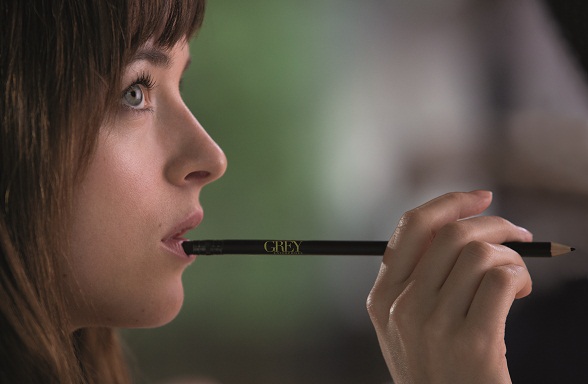 This pencil gets sucked an awful lot…

Neither character is served well by a script and set-design which served to lay bare the daftness of the plot. Christian’s office is staffed entirely with Aryan supermodels who swish around as if auditioning for an updated version of Robert Palmer’s Addicted to Love video [I’m assuming equal-right legislation doesn’t apply in Seattle: ‘Receptionist wanted: must be blonde, stick thin and you will be fired when you reach 30].

Some lines are just embarrassing. The supposedly sophisticated Mr Grey makes a right twonk of himself with the simple task of ordering a drink. He faffs on for ages: ‘I’d like a gin and tonic please, Hendricks or Bombay Sapphire. Cucumber with the Hendricks, or lime with Bombay Sapphire.’ I expected the waiter to slap himself on the forehead and shout ‘No shit, Sherlock, everyone knows that’s how Hendricks is served, Mr Big Shot!’ Was this supposed to show how cool Christian was or just a load of product placement? Either way, it was irrelevant as we never even saw him drink the thing, we were too busy off in a glider. He also can’t say his admittedly terrible line ‘Laters baby’ without sounding like someone’s embarrasing Dad – and he actually does this twice, an absolute passion-killer. 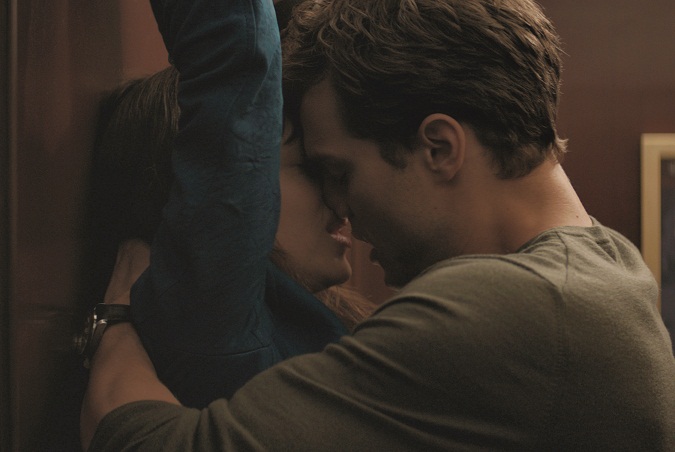 Some of the best bits of the book seemed completely missed out – there was a lot more shagging in cars, I remember, which would have been fun – and dinner at his parents would have been far spicier if she was taunting Christian by not wearing her underwear as in the book (it was hinted at, but then forgotten altogether) and there were several pointless sequences such as dancing in his penthouse flat, and flying not once but twice (helicopter and that post G&T glider). And the famed Red Room of Pain looked way too new to have seen much action: it was as if he’d gone out and ordered a ‘build your own BDSM chamber’ kit from Ikea and never actually used it.

One thought on “Fifty Shades of Grey review: Blue Steel and an Ikea Room of Pain”