Exactly 600 years ago, the Bel and The Dragon coaching inn was built in the pretty Berkshire town of Cookham and six centuries later, I took a friend with me to stay at the pub and see what it was actually like. Well, you don’t want to rush these things…

History of Bel and The Dragon Cookham

Even though it is 600 years old – there’s even an sign outside showing the date it was built, making it one of the oldest pubs in Britain – Bel and The Dragon Cookham is now part of a thoroughly modern seven-strong Bel and The Dragon chain, once owned by entrepreneur Joel Cadbury and now owned by London hotels and pubs company Fullers.

Book Bel and The Dragon Cookham

Visit Bel and the Dragon Cookham on Tripadvisor

It might have a long history but since the late 1980s it had been sadly neglected and was barely trading when bought out of administration. After Cadbury and then Fuller’s spent several years (and no small amount of money) restoring the pub to its former glory, much to the delight of local residents, the pub is now a excellent traditional pubs with rooms and boasts a vast beer garden, top restaurant and all the touches you’d expect from a modern pub stay (with 600 years of history to back it up). 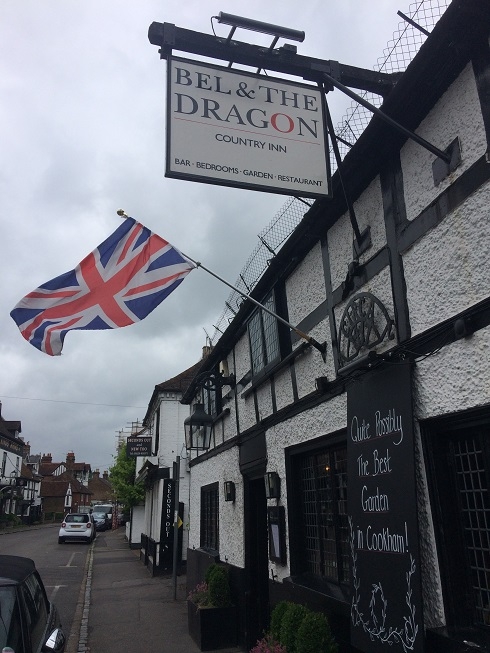 Arriving at Bel and the Dragon Cookham

In fact, my expectations of Bel and The Dragon had been pretty high before I had even set foot in Cookham, as several people had recommended it to me. After such a write-up, it seemed that Bel and The Dragon Cookham could only suffer in reality.

Thankfully that was not the case. From the moment we arrived and were presented with some Sipsmith’s Summer Cup by Simon, the extremely affable general manager, it felt as it we were in good hands. 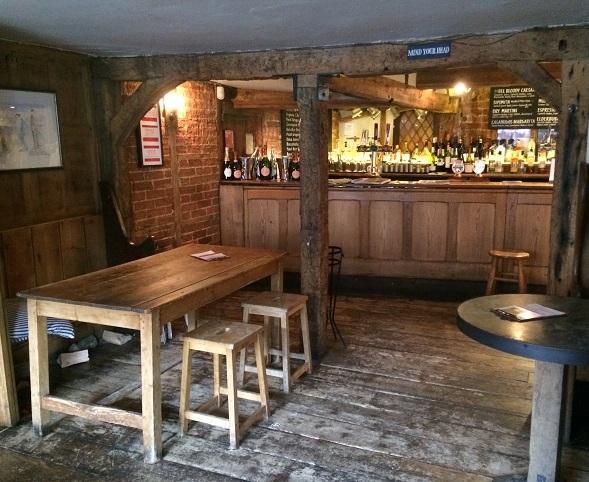 The main bar inside is light and airy, with many of its original beams. This room leads through to the newly-expanded restaurant and garden 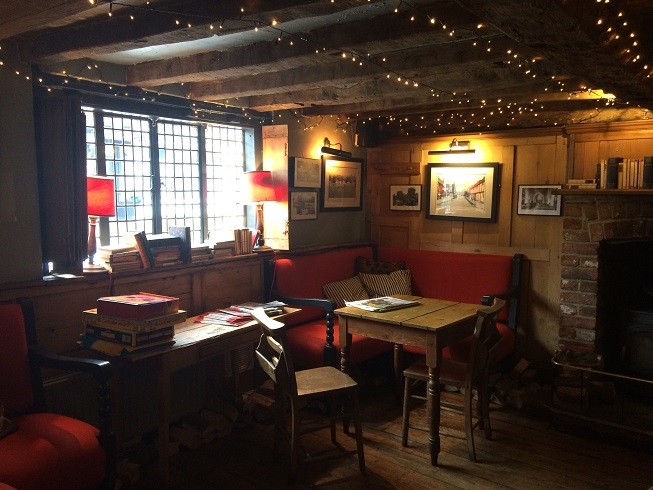 One of the front bar rooms has everything you could want from an afternoon in the pub: books, papers, games and a roaring fire in winter 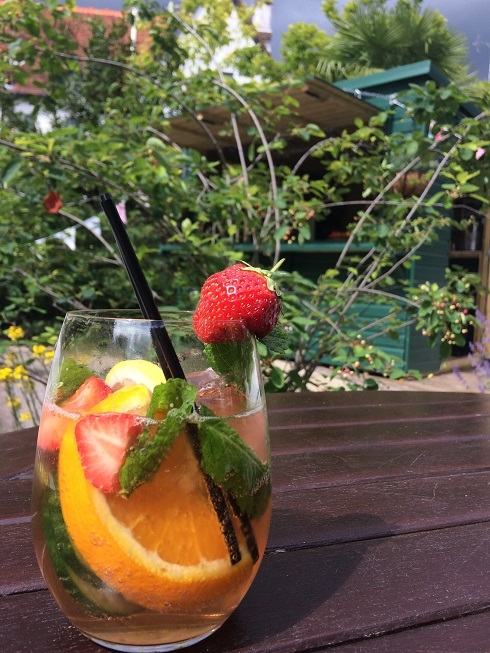 A glass of Summer Cup, served from the Sipsmith’s pop-up bar in the garden at Bel and The Dragon

I had never been to Cookham before – even though Cliveden, one of my favourite country house hotels, is just a stone’s throw away – but the Bel and The Dragon was easy to find, being right on the High Street and looking suitably old with its black and white half-timbered front.

There’s no dedicated parking which can be a problem on a sunny Sunday afternoon, but once we’d found a spare spot up the street we found that the pub resembled a Tardis – cosy low-ceiling’d rooms at the front, and then a large and airy restaurant at the back leading to a very pleasant beer garden complete with fire-pit and pop-up bar. There we sampled not only my first al fresco cocktail of the season but also the brand new lager from Rebellion Brewery, just up the road in Marlow Bottom.

Once the heavens opened it was time to retreat indoors for a plate of green olives and flatbread with macademia hummus to ward off any hunger pains until the evening, and then we had a very pleasant amble through town over Cookham common, past the house lived in by local artist Stanley Spencer (the Stanley Spencer museum is just across the road from Bel and The Dragon) and a grand country house which is rather improbably now occupied by the Chartered Institute of Marketing.

Restaurant at Bel and the Dragon Cookham

Some hours later as we sat down for dinner, one large and cheerful party was still going strong from lunch which is always a good recommendation, (so long as you’re not sitting right next to them).Thankfully the restaurant was large enough to be able to offer a quiet spot away from the noise and so we could concentrate on enjoying what was really excellent food. The menu looked great – well designed, well explained and containing delights such as salt-baked saddle of lamb and rib of beef. 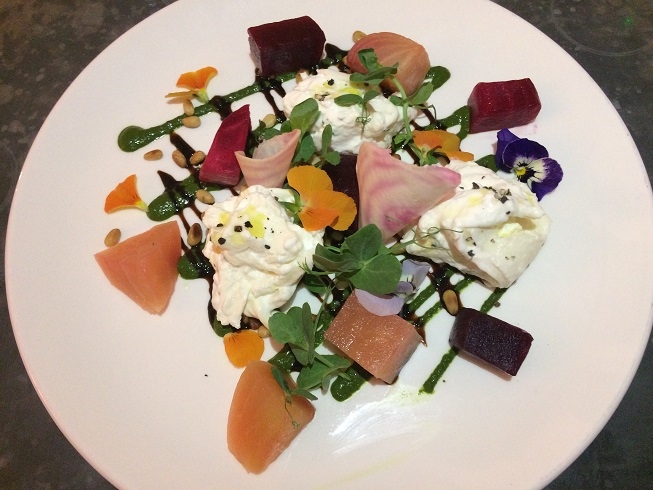 My rather beautiful marinated beetroot and burrata to start

The marinated beetroot and burrata was perfect in taste and design and the sirloin steak which followed – cooked on the Jospor grill favoured by Ronnie’s former boss at Claridge’s, Gordon Ramsay – was vast and excellently cooked. 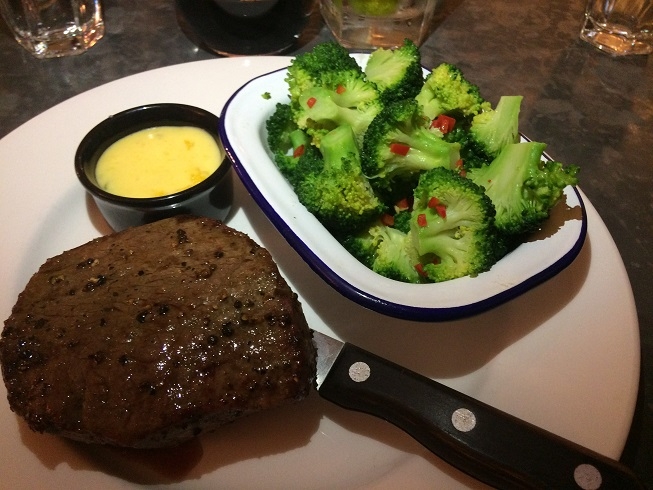 I was amazed after all that to be able to fit in the intriguingly-named Chocolate Nemesis with creme fraiche and salted caramel, and then thinking that I might as well go the whole way, accepted the waitress’s suggestion of an espresso martini to round the whole thing off. 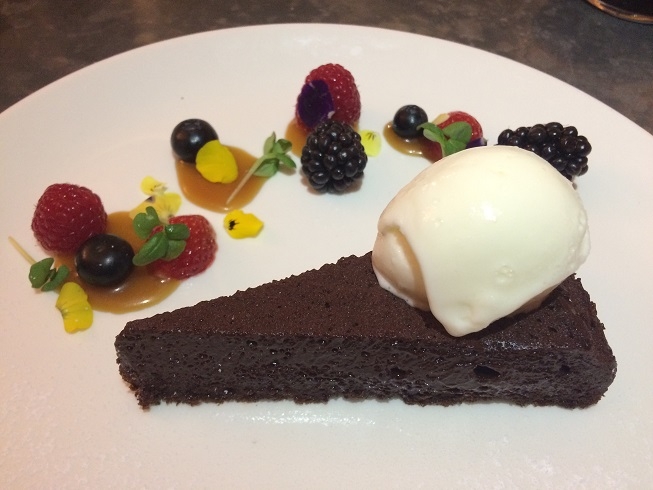 Bedrooms at Bel and The Dragon Cookham

Thankfully our rooms – the pub has 10 – three premium doubles (two can be converted to twin rooms), six doubles and one family room suitable for a child up to the age of 8), were just a few steps away. At the top of the guests’ stairs there was a charming touch – two whisky decanters, with notes on saying to help yourself – as well a coffee maker and a little cosy corner filled with books.

There were tea and coffee-making facilities in the rooms too, along with a bottle of Sipsmith’s sloe gin, water, a range of paperbacks and full-size toiletries in the immaculate bathrooms. 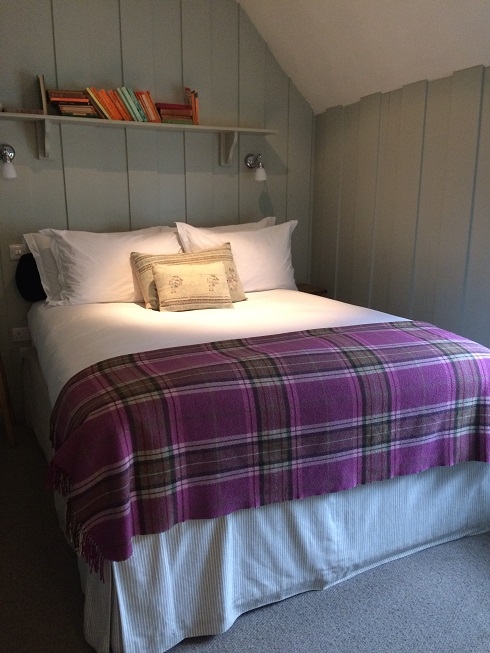 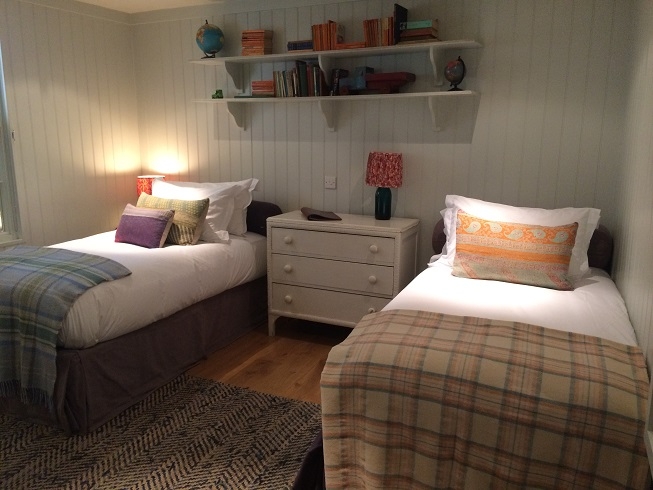 There are several rooms upstairs, including a twin bed room at the rear of the pub 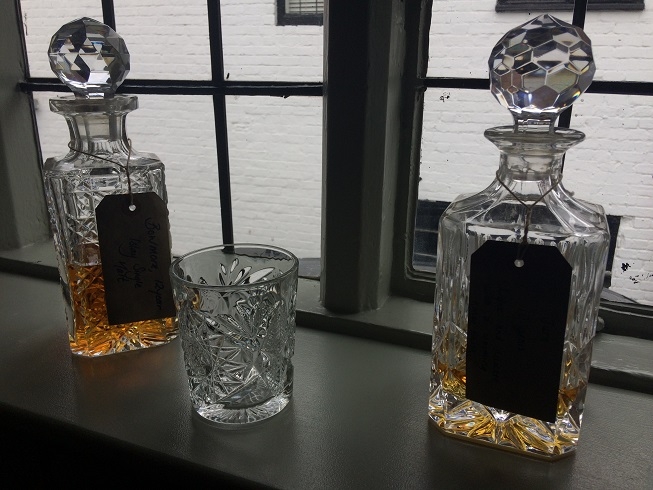 Guests can help themselves to a nightcap before retiring

Guests who are more used to boutique hotels such as Cotswolds favourites Dormy House and Barnsley House and worried about eschewing a spa weekend in favour of a mere pub will find nothing to complain about here.

Breakfast at Bel and The Dragon Cookham

Come breakfast I was inexplicably ravenous, so was delighted to see that there was a large selection of cereals, pastries and fabulous yogurts from Brown Cow Organics as well as cooked options ranging from boiled eggs and a Full English to poached duck egg with avocado and a bacon sarnie.

The cooked breakfast menu was written on a large cheerful blackboard and propped next to a table full of juices, pastries, cereal and yogurts

My poached eggs with smoked salmon was so large a post-breakfast walk was called for, this time in the other direction along the River Thames which is just a minute’s walk away and perfect for a morning’s people- and boat-watching.

Popping into nearby Marlow on my way home I discovered a print of an earlier incarnation of the Bel and The Dragon for sale, so we retraced our way to the pub to restore it to its rightful home and to say thanks once again for such a lovely stay. I look forward to checking out the other Bel and The Dragons which sound equally good – and I certainly won’t be leaving it another 600 years before my next visit. 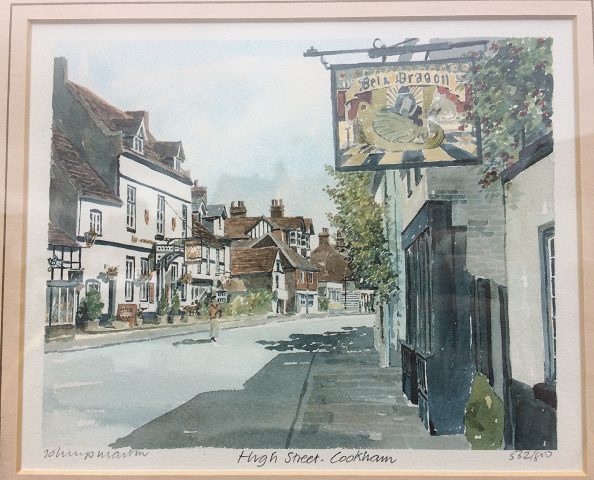 The limited edition print of the Bel and The Dragon Cookham, which I found in a vintage shop in Marlow and which I bought and gave to the pub

Hotel information and book Bel and the Dragon Cookham

Book Bel and The Dragon Cookham

Visit Bel and the Dragon Cookham on Tripadvisor

If you like historic pubs with rooms and great food then check out these exclusive reviews: The Crown and Castle Orford: it’s a Suffolk spot of food heaven; A relaxing stay at the historic Spread Eagle, Midhurst; Good taste in every sense at Adman’s excellent pub The Swan in Southwold; The Bull at Sonning: a perfect example of a great British pub