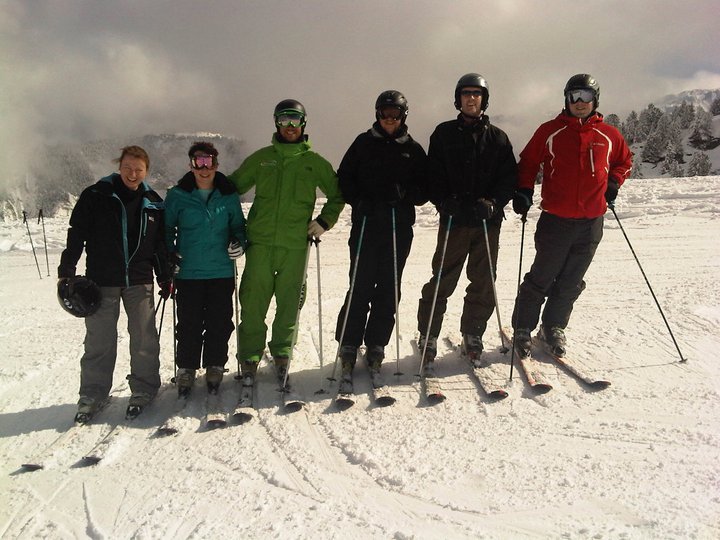 A bunch of rather nervous newbie skiers try to stay upright, at least for the photograph…

Being escorted off the mountain-side by a French hunk on a snowmobile was not the way I had imagined the end of my first ever day of skiing, but it was certainly exhilarating.

Learning to ski in France

I clung to him for dear life as we plunged and soared across the slopes checking for other waifs and strays as the sky darkened. When he deposited me back to level ground my knees were trembling like a Mills and Boon heroine. 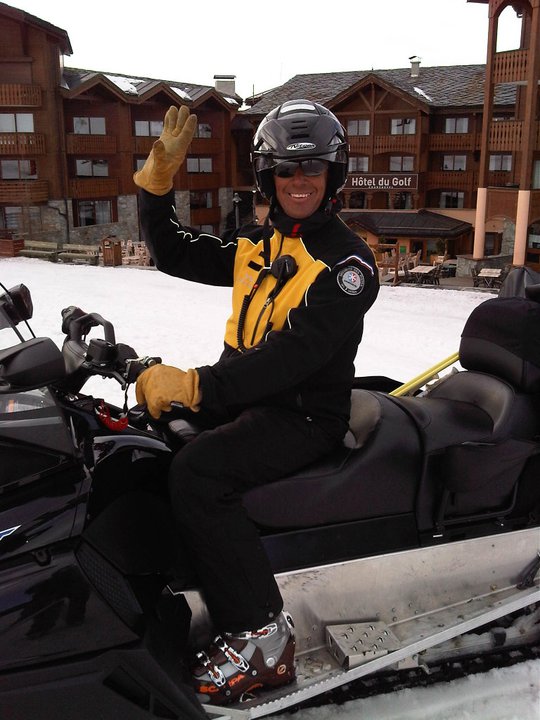 Why had I not realised before that skiing would be so exciting?A combination of cost, inclination and complete ignorance about anything to do with skiing meant that I’d reached my late 30s without ever been bitten by the ski bug.

Various friends and colleagues would emerge from trips to France, Italy and further afield with tales of black runs and the mysterious ‘après’ but it was a completely alien world to me.

So I decided that it was about time to find out what all the fuss is about before I got too old and worried about things like the cold, the cost and, well, broken bones.

I didn’t relish the idea of going with friends who were regular skiers, not wanting to see them disappear over the horizon each morning while I was stuck on the nursery slopes or hold them up at a snail’s pace as I skidded along like a new-born foal.

The answer came to me while I was face down in mud on Clapham Common one rainy morning. I was working out with British Military Fitness, the army-led outdoor boot camp classes, and someone mentioned an upcoming ski trip.

Every year BMF used to organise two week-long ski trips and people of all abilities were welcome. You don’t have to be a member and travelling alone is actively encouraged.

A few weeks later, I found myself on a plane full of cheerful twenty-to-forty-somethings headed for Geneva. After a bus ride to Courchevel the following morning, I was wobbling down a nursery slope with six other novices with the aid of Barney, our ski instructor.

I had hired boots and skis at the resort and borrowed everything else from my friend Andy, who thankfully was a similar size to me, so at least I looked the part even it I didn’t quite feel it.

A few hours later and the novices repaired to the café at the foot of the slope for a hot chocolate and much-needed loosening of boots.

Much to my surprise, I was absolutely loving it. The skiing (if that’s what you can call it), the cold, fresh sunlight, the buzz of people around the slopes and the warming drink… into which I was contemplating slipping a shot of rum. 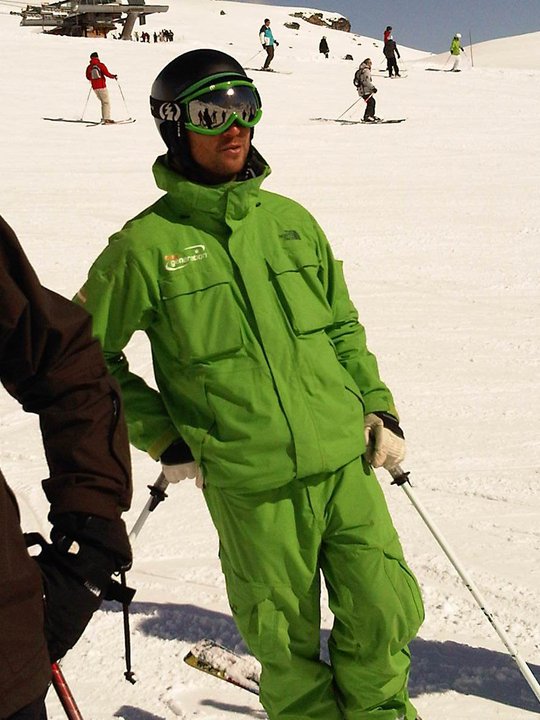 The lessons, which were to last all week, were just two hours each morning, so that first day after hot chocolates we consulted our maps and headed up in the lifts to explore further afield and meet up with some of the more expert BMFers for lunch.

More skiing in the afternoon and yet more drinking meant that fellow novice, Anton, and I missed the last lift home.

‘Don’t worry!’ cried two of our fellow BMFers. ‘We’ll guide you down!’

I’m not sure they realised we were total beginners.

Towing us along the gentle slopes was fine, but more than the slightest inclines meant we would tumble off our skis, or cannon into the snow drifts at the sides of the piste.

The light was fading as we made our way down, but then, out of the gloaming, appeared my rescuer, Jean-Paul, one of the resort managers.

He was surprised to find us still out – didn’t we know the slopes were closed? We were told firmly, but in a friendly manner, that we had to descend, pronto. I was whisked off on his snowmobile at high speed, whooping with excitement.

Our chalet was on the main street running through the heart of Courchevel 1650, the middle of the three Courchevel resorts also known as Moriond. Just across the road from the slopes, it was warm and cosy, with two or three to a room.

But our main haunt turned out to be a café bar just along the street. I would descend from the slopes mid-afternoon, not wanting to force Jean-Paul to be my taxi service every day, and pop in to see who was around.

Evenings were spent in the various pubs in town and it was astounding how a hangover would evaporate in the fresh morning air.

The beginners’ group was coming on in leaps and bounds as we were all fairly fearless and trusted Barney wholeheartedly, so on the final day when he took us down a red run we followed him without hesitation.

The steep slope and the whoosh of other skiers hurtling past was terrifying but the rush of adrenaline made this my high point of the trip.

Being a BMF trip there were even boot camp-style classes on the slopes taken by our two amiable ex-army trip leaders. I took part in a downhill rolling competition which saw me shoot straight off the side of the slope, much to everyone’s amusement.

An early coach back to Geneva on the final day meant many people took the high-risk strategy of staying out and dancing all night, leading to the arrival of killer hangovers on the plane back, but it was no matter – I had been completely converted to the ski season. Andy, can I borrow your ski gear this year too? 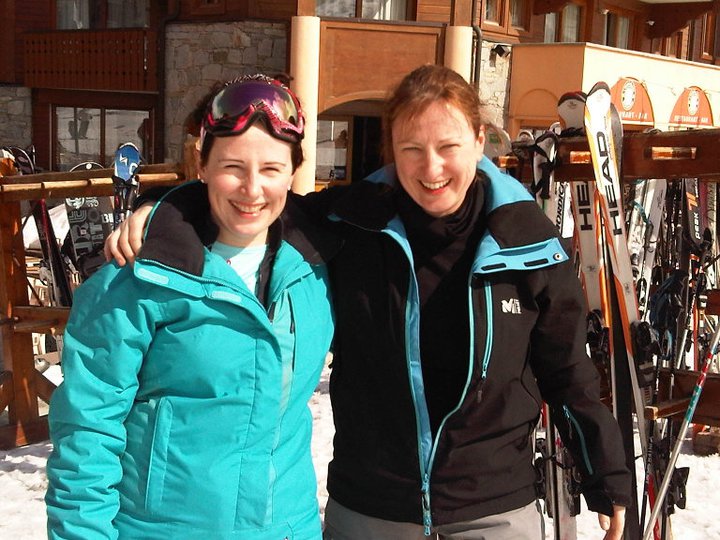