From basket case to billion pound business, Travelodge has undergone a remarkable turnaround in just three short years. The chain was on the brink of collapse with a debt mountain of £635 million in 2012. But last week its owners – led by Goldman Sachs – put the chain up for sale with an expected £1 billion price tag.

[Note: my interview with Travelodge ceo Peter Gowers was just published in 2015 so some of the details will now be out of date]

Small wonder that Travelodge chief executive Peter Gowers, who has led the turnaround, looks cheerful as he lounges in one of the rooms at the London Waterloo Travelodge hotel. It took a £100 million programme, but Travelodge recorded sales of £497 million last year, with underlying profits jumping 63.5 per cent to £66.2 million and sales are continuing to grow this year.

‘It was a huge opportunity to turn round a fantastic brand that had been through some challenging times,’ says Gowers, who joined Travelodge at the end of 2013 from self-storage company Safestore. 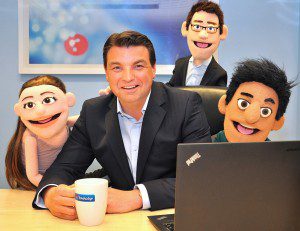 While Travelodge would never claim to be the height of luxury, Gowers has managed to tap the market that wants unfussy, convenient accommodation at a bargain price.

‘We have very big corporations [as customers] like BT, Vodafone. The Government is our single largest customer – it wants to get good value for our taxes.’

But Gowers, who used to run InterContinental Hotels Group’s Asia business, believes the essential simplicity and value of the hotel is its strength as long as the basic product is kept slick and modern.

‘Travelodge was a very well-run trading business but through a succession of owners it wasn’t able to invest in its core product and when that happens, things get very difficult. With £100 million in the business, the performance has been dramatically improved.’

On top of the £100 million, a further £25 million was spent on the new ‘Travelodgical’ advertising campaign with its singing puppets – ‘the ads have been fantastically successful for us’ he says – while the rest was spent on refurbishing its 522 hotels, buying artwork, 38,000 new beds and painting a ‘blue signature wall’ behind every headboard. According to behavioural psychologists consulted by Travelodge, the blue wall makes people feel relaxed. 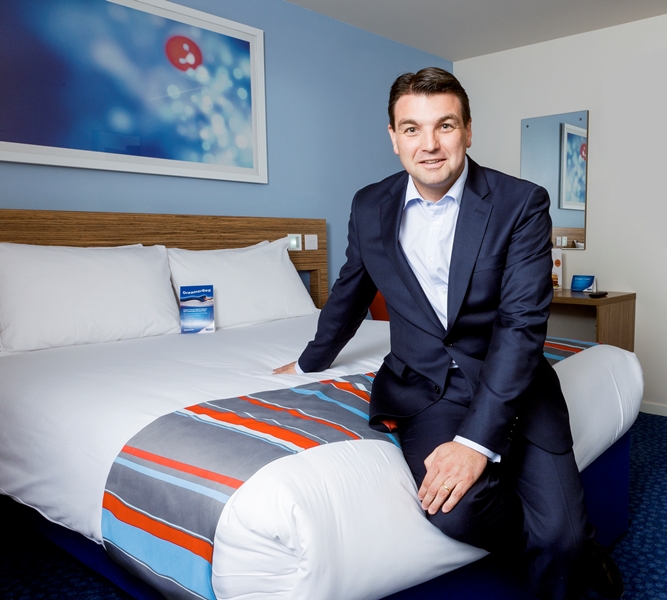 Peter Gowers in one of Travelodge’s new rooms, complete with its ‘relaxing and calming’ blue wall

Alongside its slightly larger rival Premier Inn, Travelodge is one of the dominant players in the budget hotel market. But Gowers says that there are many challenges ahead. ‘It’s all about the economic recovery and we expect the regions to continue growing strongly next year,’ he says. ‘One of the big issues right now is the ease of people coming to the UK, as if you can’t get a visa then you can’t stay in a hotel.

‘Another big challenge is infrastructure. We’re competing in a world where China builds more airports in a year than we do in 50. We’re a big supporter of the Government’s plans to create a Northern Powerhouse. London has to have excellent transport links but we also need to improve outside London.’

But Gowers is less pleased that longstanding pleas to cut VAT on hotel rooms have so far fallen on deaf ears in Whitehall. ‘VAT is a huge disadvantage for tourism in Britain,’ says Gowers with passion. ‘Our customers pay 20 per cent more for holidays in the UK than if they were in Europe and that’s a huge injustice. Encouraging people to holiday at home is important and the Government must address that.’

Travelodge this year celebrates its 30th anniversary and Gowers expects it to be a record year for the staycation, saying: ‘We’re seeing very strong trading for the summer.’ But the fastest growth is among business customers who account for about 45 per cent of its trade. He says: ‘Corporate customers are up 40 per cent year-on-year which shows big businesses are coming back to Travelodge; they demand a big network of hotels, modern clean rooms and that’s what they want.’

‘Thinking about what your customers want is absolutely essential. One of the things that’s really changed over the last 20 to 30 years is that hotels used to be designed to the hotelier’s tastes, they’d proudly say “This is what I like”, whereas we go for the things our customers like.’ Gowers gasps when he hears that upmarket hotel Cliveden House prides itself on not having tea or coffee-making facilities in its rooms. ‘If we took those out of our rooms, there’d be a revolution,’ he says, pointing out that you could stay at a Travelodge for a whole month for the price of one night at Cliveden.

‘When we were redesigning the hotel room we asked customers what they wanted, so we’ve added things like power sockets either side of the bed so people can charge their phones at night, and what I’m very proud of is having two single beds for children, as they often have to share.’ While the kettles are staying, a night in a Travelodge is all about value, rather than luxury. ‘Travelodge is for businesses on a budget and families without fortunes,’ says Gowers. ‘If you put things in hotel rooms which the customer doesn’t want, they’ll tell us immediately.’ 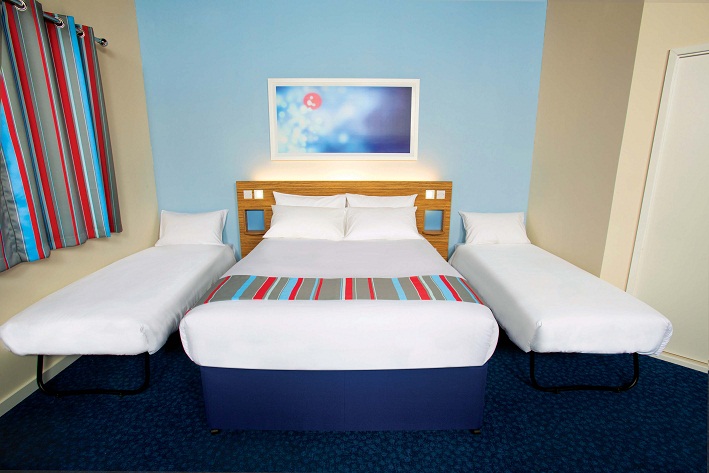 Cutting costs to keep rates competitive does mean rooms may seem a little institutional. Bars of soap have been replaced with handwash dispensers. But the result is low prices.

‘More than 70 per cent of our rooms sell for £50 or less,’ he says. ‘And a top tip for your readers is not to leave it too late. You get the best deals four to six weeks in advance, else you’ll miss the boat.’

Gowers himself has already missed out on a room at the Twickenham Travelodge for the England’s Rugby World Cup match against Australia, so he’ll be travelling to the ground from Beaconsfield where he lives with his wife and two children. A keen Spurs fan, Gowers plays five-a-side football every Sunday and is also currently learning to fly a Cessna 152. ‘It’s a challenge fitting it all in at the moment and I’ve still got a long way to go.’

With a further 250 locations pencilled in for Travelodge hotels, more than half in the next five years, he might be spending more time on the ground.

To book a room at Travelodge for for information on last minute offers and deals at Travelodge go to their website https://www.travelodge.co.uk/