It is a bittersweet moment when you go to a new restaurant and discover that it has replaced an old favourite. However in the case of The Secret Garden, located just opposite Clapham North tube, London, where the highly-rated Four O Nine restaurant used to be, the new arrival is more than capable of providing memorable nights all of its own.

[Note: this review of the Secret Garden pop-up restaurant in Clapham from chef Jimmy Garcia was first published in 2015 so details will now be out of date. But I’ve kept it on my blog as my blog is like my diary!] 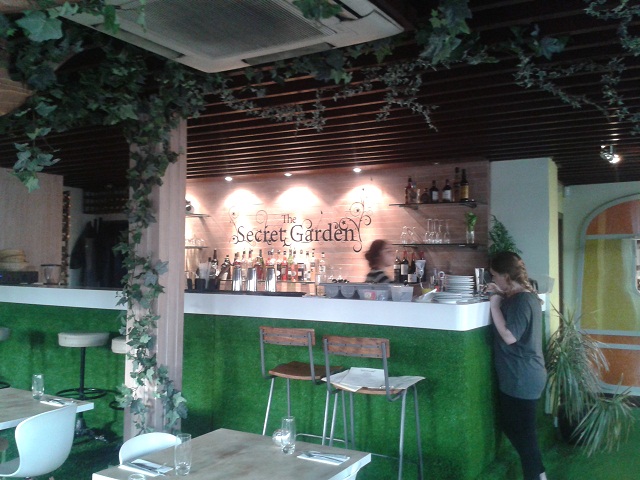 Behind a tiny door and up a flight of steps round the back of The Clapham North pub, The Secret Garden certainly looks a world away from its dark and atmospheric predecessor. Instead the main dining room has been transformed into a bright and airy space reflecting the garden theme: there’s artificial grass on the floor (and on the walls of the private dining room upstairs), the kitchen is designed to look like a caravan and there is even a tree spreading its branches across the ceiling.

It was the perfect antidote to the hot and sweaty tube-strike induced journey from work, and its refreshing signature Dillusion cocktail (gin, elderflower, cucumber and dill, £8) made me feel as if I was in the countryside, rather than on a busy corner of the A3. 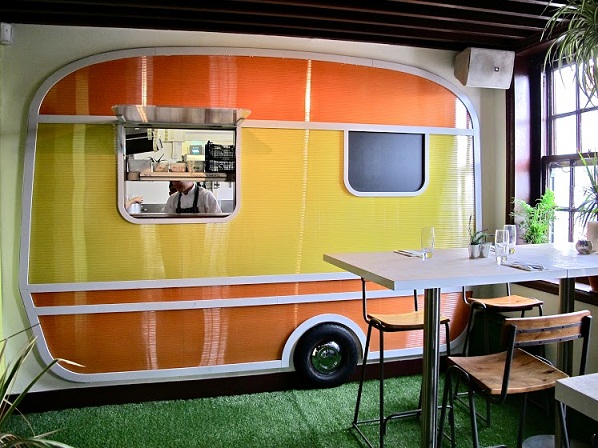 The kitchen has been transformed into a caravan, surrounded by grass…

The Secret Garden is the latest culinary adventure from Jimmy Garcia, the guy behind various pop-up projects such as Southwestsupper Club, Wild Food Kitchen and The Lodge, Balham, and will remain in its Garden format for a few more weeks. Then it’s likely to change into an Alpine lodge-style venue which will no doubt be equally fun but it would be shame to miss this particular pop-up – the food was top quality and the friendly service and good drinks list made for an excellent evening.

I had goat’s cheese, beetroot salad and candied walnuts to start, while my dinner date Duncan had the tuna tartare with lime and cherry hoisin, avocado and wasabi peas. I think I got the better choice both in looks and taste (mine was very tasty, while Duncan’s was a little heavy on the onions, which weren’t listed on the menu) and so I had high hopes of our main courses.

I wasn’t disappointed: my pan-seared hake with creamed grains and tempura anchovies was utterly delicious, and the portion of lamb I managed to steal from Duncan was beautifully cooked and perfectly moist, and went really well with our bottle of Rioja. 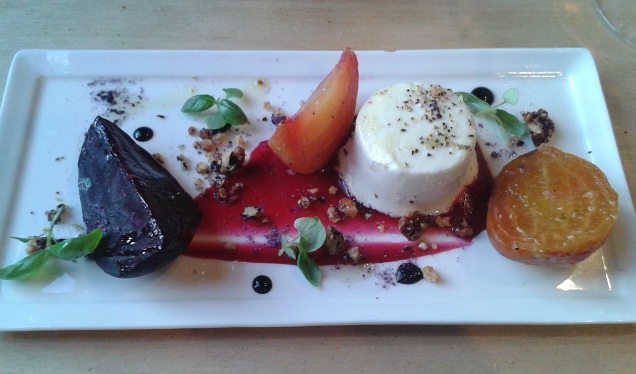 The food was immaculately presented, such as my goat’s cheese starter

The couple nearby had gone for the ‘Deluxe picnic for two’ option at £25 a head which came on a miniature picnic table and included delights such as pork, orange and Earl Grey sliders, beetroot mousse sundae, bruschetta, sausage rolls and spicy calamari. It sounded good but all looked rather beige to be honest, so there was no food envy on our part (and not much difference in price, with our food costing £7/£8 for the starters and £17/£22 for the mains). 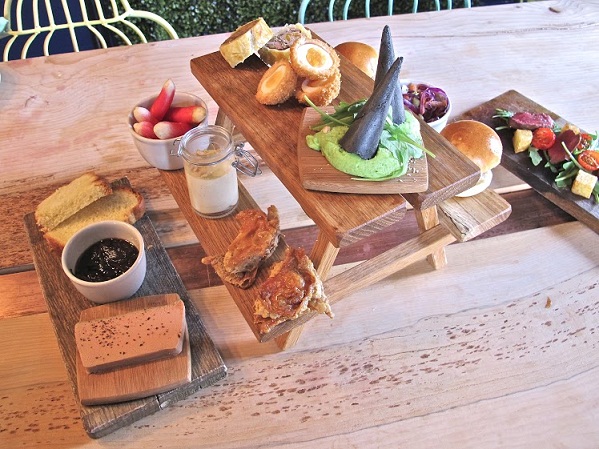 The deluxe picnic for two, which comes on its very own mini picnic table

However when another table ordered the ‘Dessert Hamper for Two’ we couldn’t resist: while rather disappointingly it came on a board rather than in a hamper, it looked great fun: hazelnut chocolate doughnuts, cheesecake, prosecco and elderflower jelly shots, cloudy lemonade and various minty-chocolatey treats scattered around. 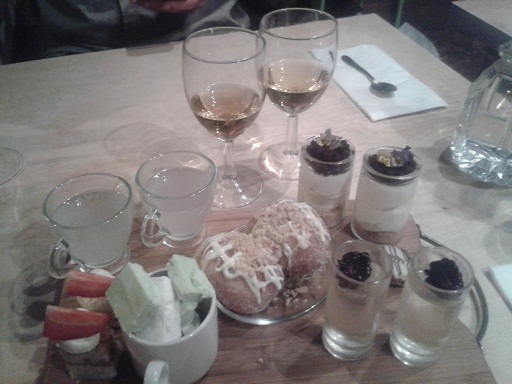 We were persuaded (it didn’t take much) to try the sweet wines on offer which were both very good, and just as we wondering whether it would be polite to leave (we were the only ones still there, although the grass-clad private dining room upstairs was still going strong) then Florian, the fabulous general manger who was cheerful, friendly and efficient, came over with a bottle of cider brandy to try. How could we say no? 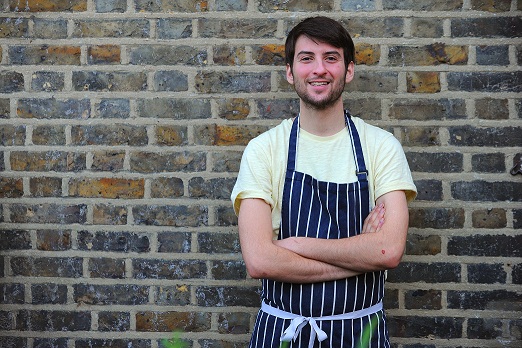 Finally we headed out into night having been very well fed and watered, and got as far as the outside decking before we decided to stop and stare at the stars for a while. It might not be here for much longer, but it was certainly an evening to remember. 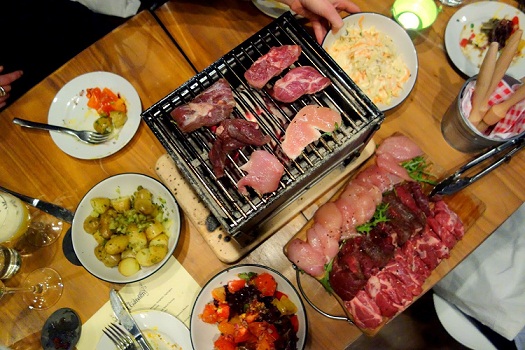