It promises to deliver ‘British wild food’ and while London’s Sloane Square isn’t known for being especially wild (except maybe in the sales), Rabbit Restaurant Kings Road Chelsea in London fulfils its mission admirably.

Small on the outside but opening out into a light and airy dining space inside, Rabbit, acclaimed as one of the best restaurants in Chelsea, was founded by the three Gladwin brothers Richard, Oliver and Gregory, who had an idyllic childhood growing up on their parents’ farm in West Sussex – climbing trees, driving tractors and skinning rabbits. 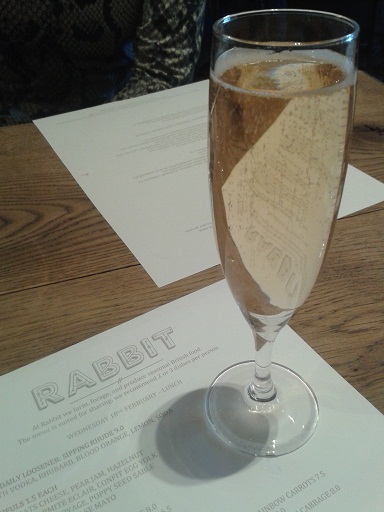 A good start to a very enjoyable meal…

After such a field-to-table upbringing, it’s unsurprisingly that they all ended up doing something with food: Gregory has taken over the 450-acre family farm, breeding cows, pigs and sheep and running the Nutbourne Vineyard with his parents, while Oliver trained at Leiths cookery school and Richard managed restaurants in first New York and then Battersea.

After taking the decision to set up in business together while chatting on a ski lift, the brothers pooled savings to open The Shed restaurant in Notting Hill in 2012, opening Rabbit in September last year. Both are receiving excellent reviews – Rabbit is known as one of the top ten restaurants on Kings Road – and small wonder, as the food is fun, creative and above all, extremely tasty.

The menu at Rabbit restaurant

The menu changes daily, ensuring that food is fresh and varied, but is divided into sections starting with some fun-sounding ‘mouthfuls’ at £1.50 each. We had a selection of very tasty bite-sized portions, including endive, goats cheese and pear jam, rabbit rillette and brown crab bomb. 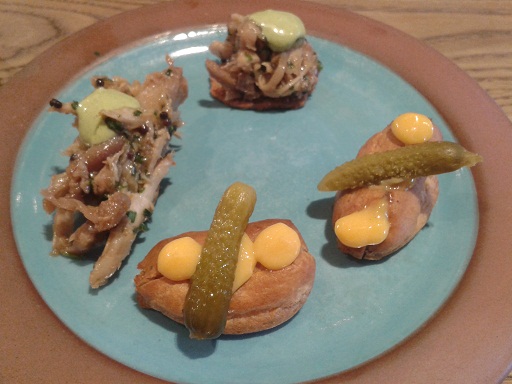 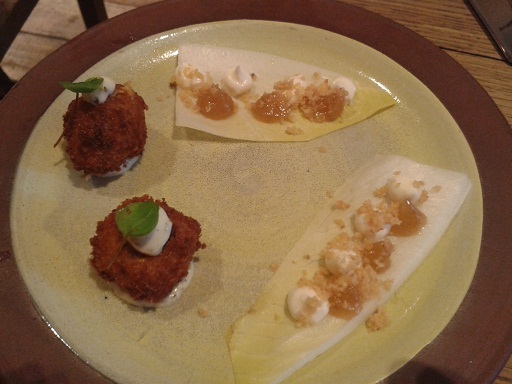 …and the second: endive with goats cheese and rabbit rillette

The mains looked as good as the starters, with Dorset crab and black tagliatelle; octopus, fennel and sea bass roe; lamb chips and harissa; hake with mussels and scallops with garlic and shallots. The crab and the mussels were my favourites –  sadly the scallops were a bit gritty – and while the lamb chips were tasty they were a little too heavy for my taste. 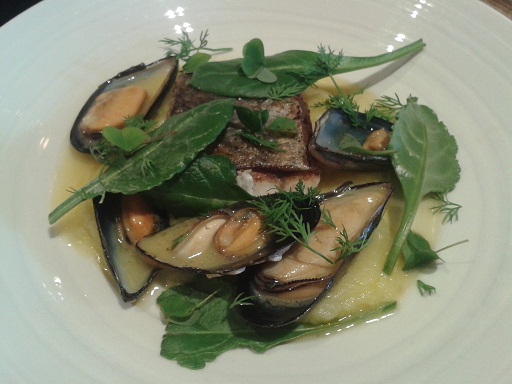 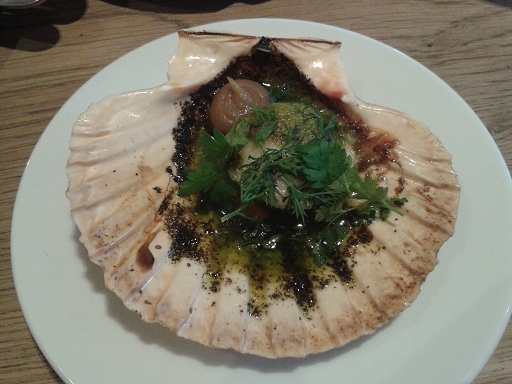 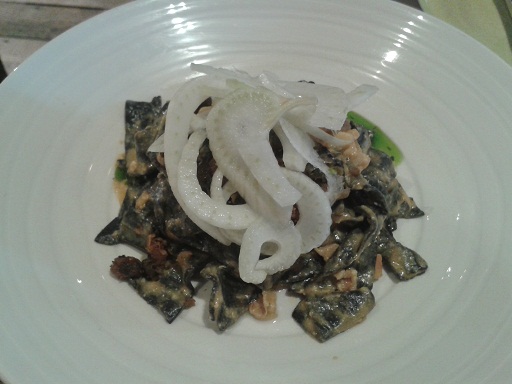 The Nutty Brut sparkling wine from the family vineyard at Nutbourne was so delicious that we stuck to that during the meal, but I was pleased to see Arundel Brewery’s Sussex Ale on the menu too as well as a good range of well-thought out cocktails.

After all that food we could barely think about dessert but the Magnum vienetta parfait from its sister restaurant The Shed seemed too intriguing to pass up. It was very nice, creamy and smooth, but I think I was expecting something more akin to the (far less classier) Wall’s Viennetta of my childhood. 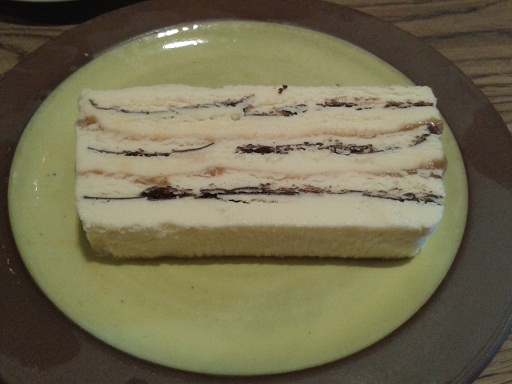 Overall the service was relaxed, cheerful and friendly, and it made for a very pleasant lunchtime treat. The sense of fun and affinity with food sourcing even continued into the loos (see the wallpaper below). The Rabbit might be small but it is perfectly formed. 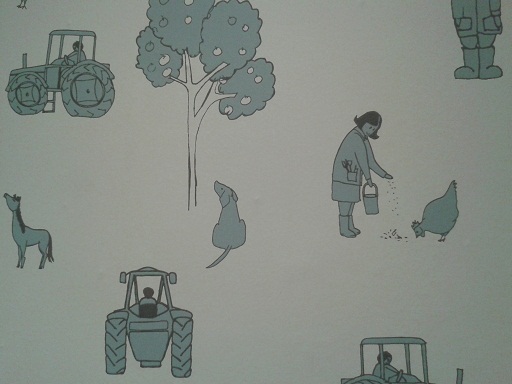 If you like reading reviews of great restaurants in London then check out these as well: Sexy Fish, Mayfair – brash, bling and fun; Two London stars: Kitty Fisher’s and Ham Yard; Dinner by Heston Blumenthal; Noble Rot on Lamb’s Conduit Street;