[Note: this review of Four to Eight in Covent Garden was published in 2015 and the restaurant is now closed. I’ve let it up here though as my blog is like my diary!]

The ever-changing nature of London’s restaurant and bar scene means that not infrequently I go to eat or drink somewhere and spend most of the time thinking: ‘What used to be here?’

Thankfully with Four to Eight, a new Italian restaurant in London’s West End which has opened right in the heart of London’s Theatreland – it is in fact located right in between those West End behemoths Mamma Mia! and The Lion King – the answer is easy to find, because the previous owners are the current owners too. 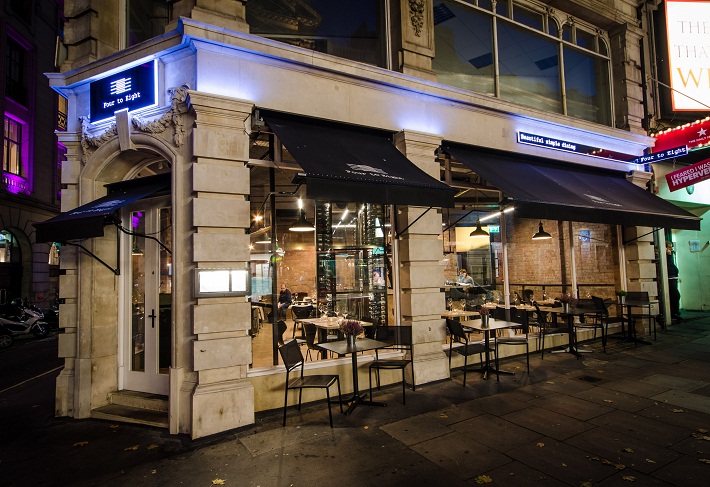 Gino and Leo Zambito, Sicilian brothers who came to England in the 1960s, used to run the Franco and Gino sandwich bar on the same site, where every actor from Sir Michael Gambon to Felicity Kendall popped in for a cheap bite to eat.

Their new foodie incarnation is certainly a step up, even if Gino still talks wistfully of providing cups of tea and sustenance to London’s cabbies day and night. Four to Eight is bigger, for a start, with the ground floor dining area surrounded by huge glass windows so you can watch the world go by, and a massive and fittingly theatrical central wine cabinet right in the middle of the room. Downstairs is a more intimate, darker affair but still buzzing thanks to the open kitchen where diners can watch the chefs in action. 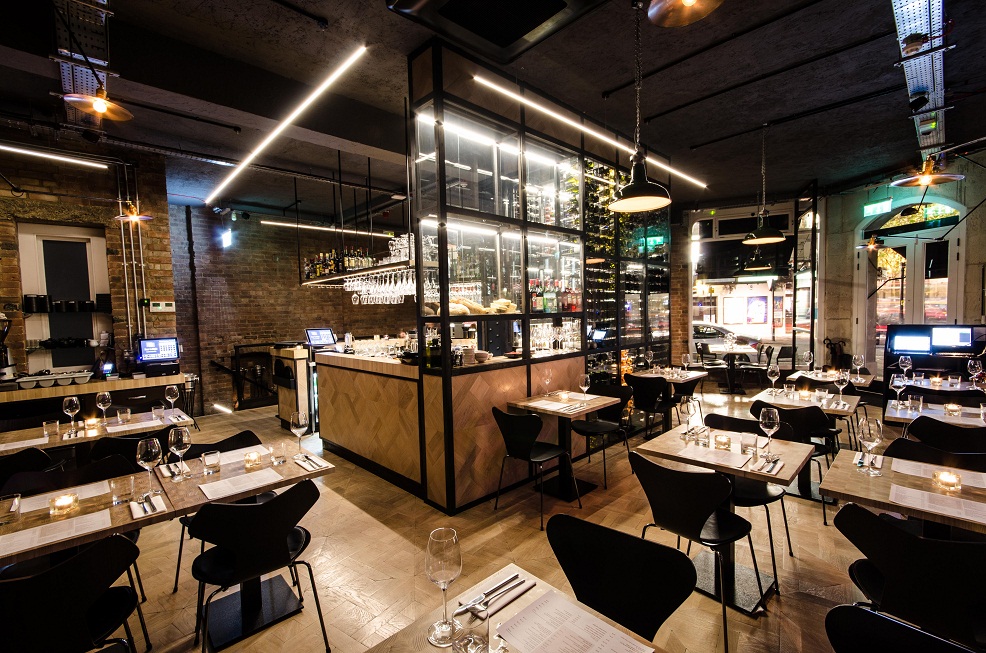 The ground floor is great for people-watching, with an impressive wine cabinet centre-stage

The evening was a true culinary treat from start to finish, where all thoughts of January abstinence were forgotten with the first glass of prosecco. While we lingered over the menu, a selection of charcuturie and a selection of cheese arrived, each of which were supposed to be starters to share (£12.50 each) but which we polished off as a newly-invented ‘pre-starter’ course. 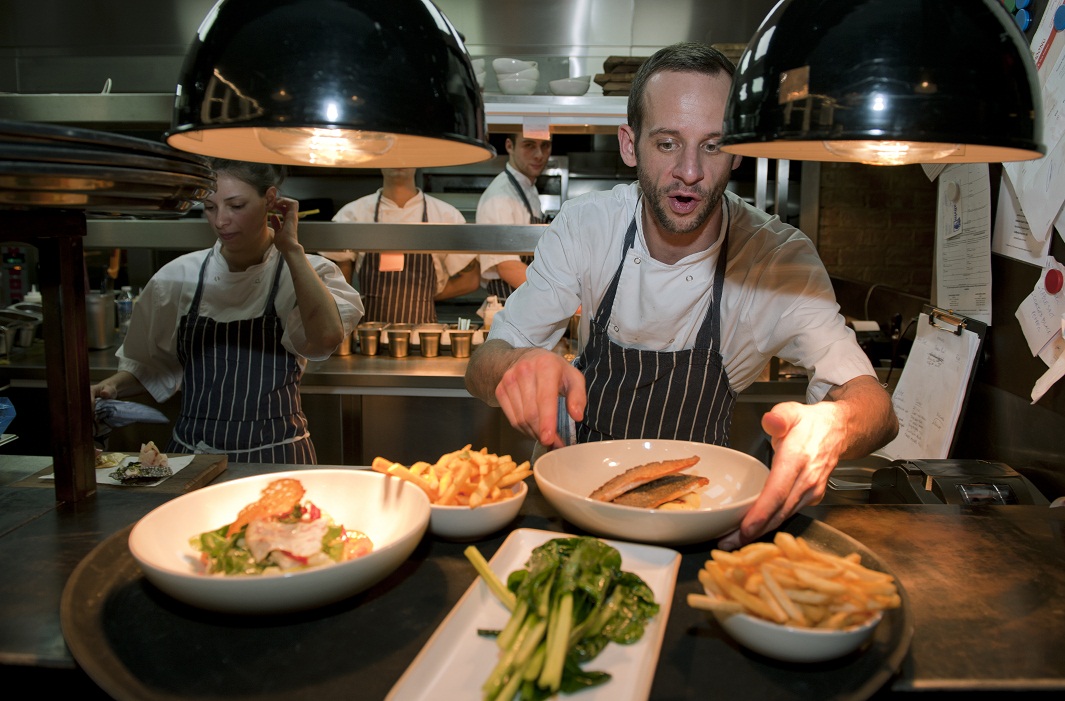 After much discussion with our very knowledgeable and friendly Spanish waiter Jose about the wine – he claimed to be country-neutral but heartily approved of our choice of a Spanish albarino which was really lovely – we chose the soft shell crab with amalfi lemon and garlic aioli and the scallop carpaccio. 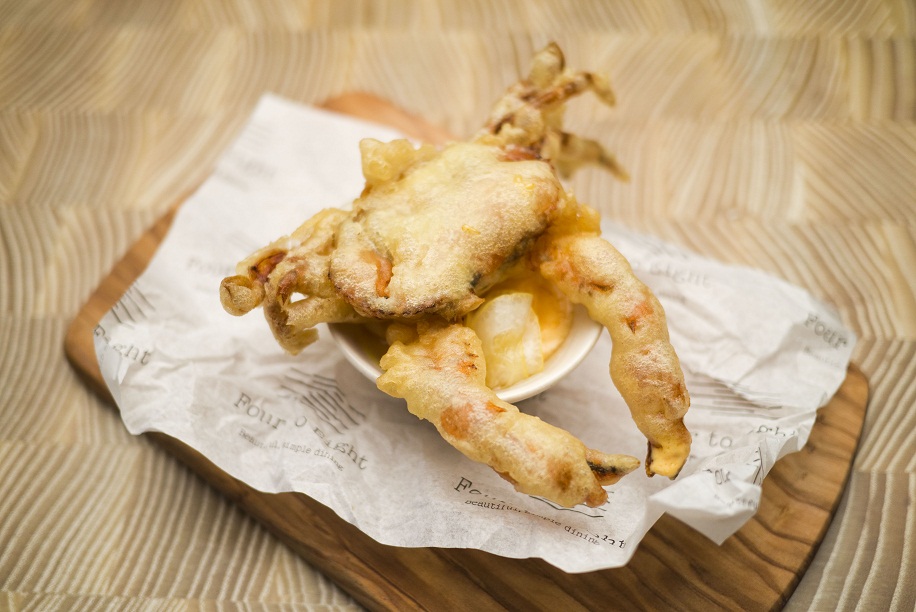 The scallop was refreshing but not especially memorable, unlike the crab, which was very tasty, but the next course of truffle tagliolini with black truffle, butter and parmesan was so moreish and delicious that it nearly sparked off a re-enactment of Meg Ryan’s diner scene.

My salt-marsh lamb leg with caponato was also very good – although lacking something in presentation – and by this time we were full up to the eyebrows. However the body has an amazing capacity to plough on ahead regardless when there is still more lovely food to try, so the milk chocolate pave with marscapone ice-cream and chocolate and olive oil delice with banana ice-cream both went down incredibly well, much to our surprise. 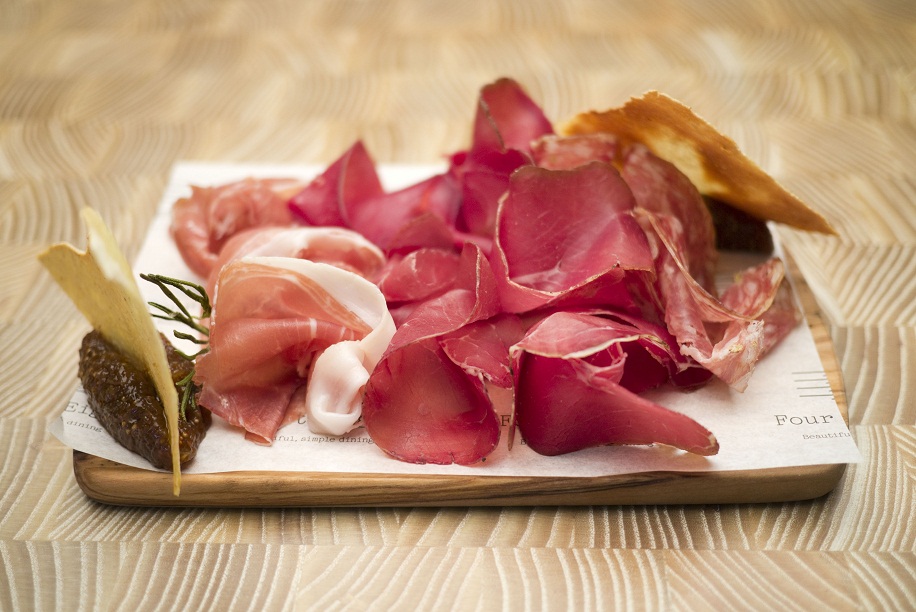 The salumi selection to start

Four to Eight will no doubt do a lot of business in the pre-theatre market but to rush through its excellent menu without lingering over every course would be a shame. We were there for nearly four hours and thoroughly enjoyed every minute and every mouthful – the cabbies might have lost their sandwich bar but Covent Garden visitors have gained a very good restaurant indeed.

One thought on “Four to Eight: high quality Italian food in Covent Garden”