Home / Hotels in London / Finding sleep with Sleeptember: a stay at The Resident Covent Garden hotel

In terms of location, The Resident Covent Garden in London is hard to beat. A hotel right on The Strand and possibly the closest hotel to Covent Garden, you’ll find several hundred restaurants and bars less than two minutes walk away. It’s one of those hotels where I wish I was embarking on a wild night out, as I could then just stagger the 10 metres or so home to my hotel bedroom, rather than getting on the Tube or – even worse – the dreaded night bus, but this hotel was going to be different.

A stay at The Resident Covent Garden hotel

As part of the ‘Sleeptember’ initiative from The Sleep Council, The Resident Covent Garden said it had created ‘the ultimate sleep package, designed to help guests get the perfect night’s sleep.’ So no wild night for me. Instead I planned to be tucked up well before 10pm and getting at least eight hours quality sleep. As, said the Sleeptember blurb, almost a third of us only get around five or six hours sleep, rather than the recommended eight or nine (who gets nine?!) it seemed like a great idea to try and promote a better night’s sleep. 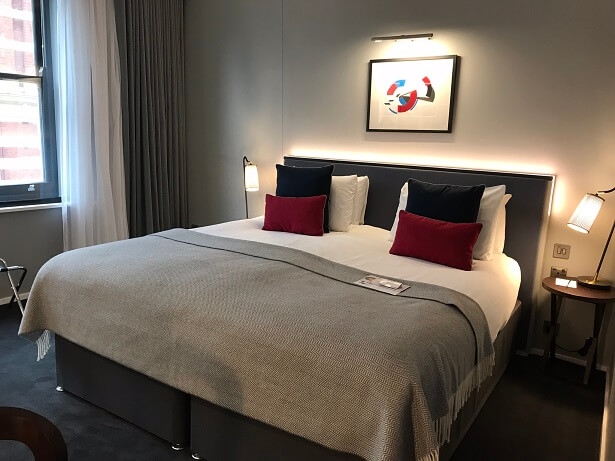 My superior king room at The Resident Covent Garden

My failsafe way of getting a good night’s sleep is to avoid alcohol, so my plans went awry the moment I checked in to The Resident and was instantly offered a glass of prosecco by the friendly reception staff. I’d accepted it even before I realised my error (no will power) and was put further to shame by other arrivals declining their free fizz. No matter – I’d drink it really slowly….

Don’t miss these other great hotels in central London:

My bedroom at The Resident Covent Garden

My room, a superior king, was on the third floor and was large for a London hotel room, with a massive bed, large and immaculate bathroom with two sinks, fluffy towels and a vast walk-in shower with a fabulously powerful rainfall shower. In spite of being really close to The Strand, one of the busiest roads in London, with cars, lorries and buses thundering past constantly, the room was incredibly quiet.

I checked out a few other rooms (there are four different room categories ranging from standard to junior suite) and even the ones right on The Strand on the first floor were almost noiseless thanks to triple-glazing. It was like looking out onto the maelstrom of London’s traffic but with the sound turned right down. Much better! 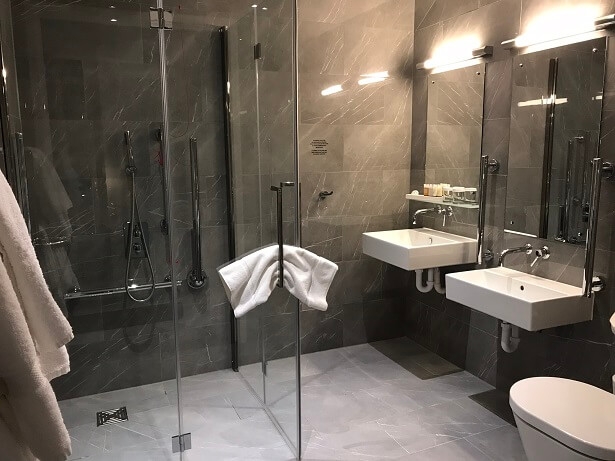 My large bathroom at The Resident Covent Garden

As an added bonus in all of the rooms there’s a mini kitchen with a microwave, crockery, cutlery and a fridge, plus a handy Brita water tap dispensing chilled filtered water. Back in my room I discovered a cupboard with a full-size iron, safe and super-powerful hairdryer, so it was well stocked of all the essentials. 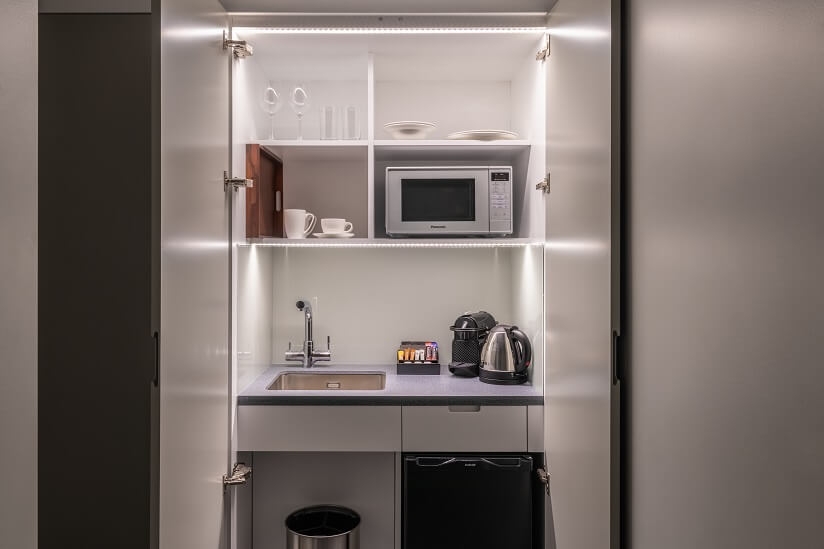 One thing which I always like in a hotel room but couldn’t find here is information about the hotel itself (I want to make sure I’m not missing out on anything) and, more importantly for a hotel in central London, local information. With so much to do and see right on the Resident’s doorstop I was amazed there wasn’t a ‘things to do’ list either in hard copy or on the TV and if I was, like most guests would be, a newcomer to London I would appreciate a list of local attractions and how far away they were. Reception confirmed that yes, there was no local or hotel information, but directed me to the TV which instead had a list of various local offers with nearby bars and restaurants.

Local attractions in London’s The Strand

This was a nice idea especially as the hotel doesn’t have a restaurant of its own (there’s a room service menu and various delivery apps on the TV) but it’s worth checking before you go: just across the street and visible from my hotel room window was celebrated bar Mr Fogg’s and my TV screen informed me that guests got a free welcome drink. In spite of my no-drinking plans I was tempted as it’s somewhere I’ve always wanted to go, but thankfully I double-checked with staff member Laura. ‘No, the deal is that the second drink is free once you’ve bought the first one’, she clarified, admitting the information on the TV was wrong. I was glad I hadn’t turned up at Mr Fogg’s demanding my free welcome drink! 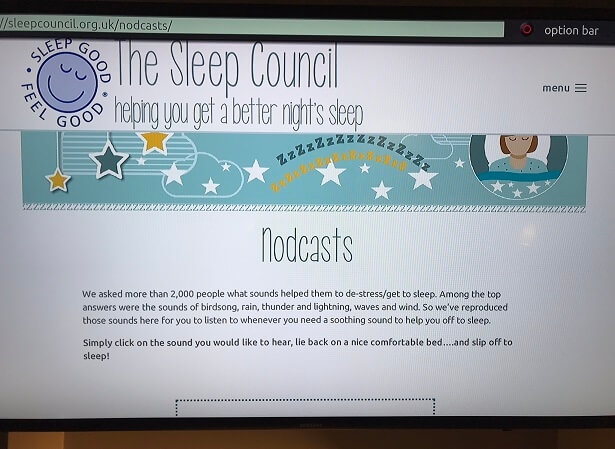 Laura was in my room as I was keen to check out the variety of ‘nodcasts’ which were promised as part of the Sleeptember promotion. These were ‘soothing podcasts designed to help you drift off’ and promised all manner of relaxing sounds such as birdsong, rain, thunder and lightning, waves and wind to help you into the Land of Nod. ‘Simply click on the sounds you would like to hear, lie back on a nice comfortable bed and slip off to sleep!’ the screen promised. Sadly, this didn’t work. An hour of technical fiddling about by Laura and the hotel handyman later and it still didn’t work. Laura promised to find out if I could at least listen to the sounds on another TV if she could fine a free one that worked, and never returned. So I never got to find out how effective it was in promoting a good night’s sleep!

What I did have was a slightly dog-eared pamphlet called The Good Night Guide explain the importance of a good bed (check, the bed here looked great), not having a TV or computer in the bedroom (oops) and avoiding alcohol (double oops). There was also a ‘Deep Sleep Pillow Spray’ from This Works which my friend raved about when I put a picture online, and so I duly sprayed it everywhere. I then went out to explore Covent Garden, marvelling again about the great location, and come back with a Wagamama’s takeaway, finding the plates and cutlery really useful (although some salt and pepper sachets would have been nice addition to the kitchen facilities which included a Nespresso machine and pods). The TV was rather oddly set up too, with no ‘Guide’ button so you could see what was on across all channels, and flicking between channels didn’t yield any more information beyond unintelligible graphics. However it was probably just as well, as too much TV before bedtime disrupts sleep, according to my booklet, and so I settled down with a book before switching off the light well before 10pm. Rock and roll! 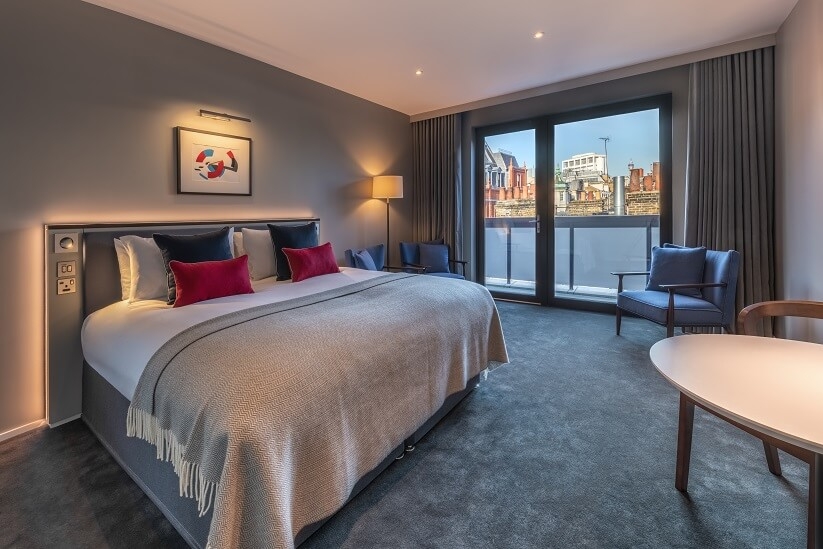 The junior suite at The Resident Covent Garden

Despite the lack of ‘nodcasts’ I was soon asleep, helped by the thick curtain blocking out the light and the muted colours of the rooms – basically lots of grey with only a few splashes of colour, which was great for sleeping but made it feel rather impersonal – and while I would have thought an eye mask and ear plugs would have been a good addition to the sleep kit (which after all, was really just a spray) I’d erred on the side of caution and brought my own.

So did I have a good night’s sleep? The alarm went off at 6.30am and I’d barely moved all night. More importantly, I actually got up immediately (unheard of) and was showered and checked out by 7am. London at that time is really special – Covent Garden was empty, result! – and I was at my desk by 8am. Was it the Deep Sleep Pillow Spray? Or the vast and comfortable bed? Either way, it seems to have worked – and I didn’t even need those elusive nodcasts. 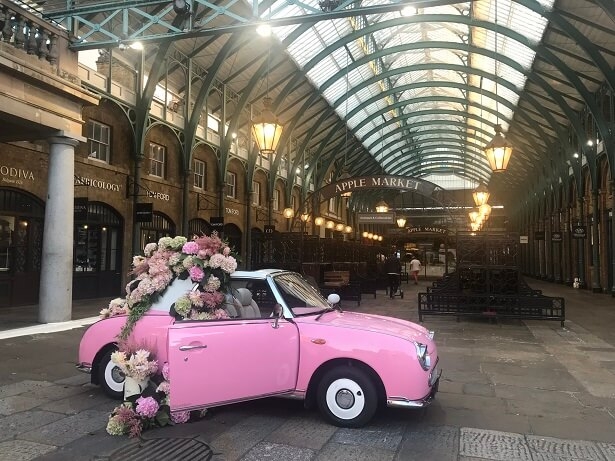 Covent Garden looking pretty (and empty) at 7am – bliss!

Hotel information and to book the Resident Covent Garden