Home / Food and drink / El Pirata Mayfair: the friendliest tapas in this part of London

Tucked away behind the grey anonymity of Park Lane’s hotel district which includes the Dorchester, the Intercontinental and the Athenaeum, El Pirata‘s tapas bar is a welcome sight.

You might not think of tapas in Mayfair, but in spite of being in one of London’s grandest postcodes and near to high-end establishments such as Nobu and its most recent addition the Playboy club, El Pirata Spanish tapas restaurant feels more like a cosy neighbourhood restaurant. [Note, this review is from 2015 so some details might be out of date]

Celebrating its 21st birthday this year – a lifetime in the London food scene –  El Pirata has the rustic charm of a restaurant more than twice its age, with hundreds of bottles propped up behind its lengthy bar, pictures all over its walls and the subdued lighting and low ceiling giving it an olde worlde feel. It has been called one of the top tapas bar and restaurants in London as well as being the one of the friendliest restaurant in London. 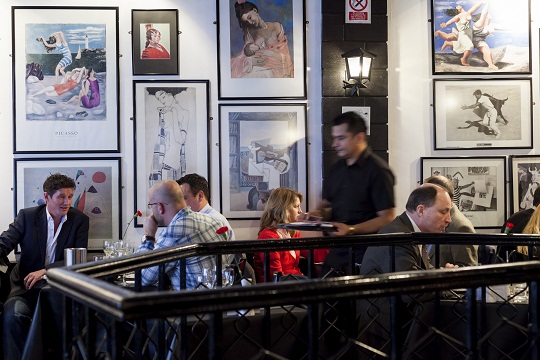 Bright and bustly in the daytime… 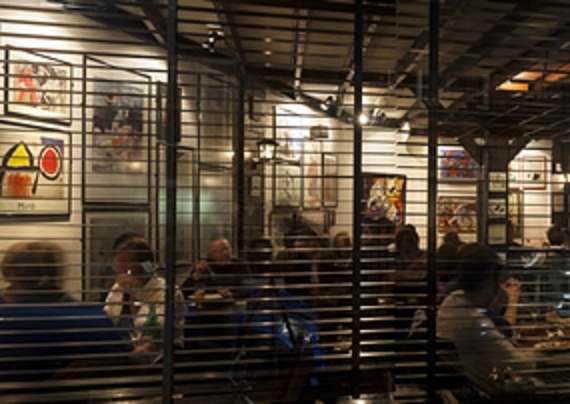 …while El Pirata in the evening is a cosier affair

One of London’s oldest Spanish restaurants

The staff were cheerful and chatty, from Paolo at the bar – who served me possibly the flattest gin and tonic I’ve ever had but made up for it by being so charming and helpful, even lending me his phone charger for the evening – to the manager Jose (also known as Pepe for some reason) and the rest of the waiting staff. Everyone seemed to genuinely enjoy their job and the service as a result was quick, efficient and unobtrusive.

We put ourselves in Paolo’s hands for the evening, so while still seated at the bar we were served bread and aioli, slices of Serrano ham and roasted green Padron peppers. 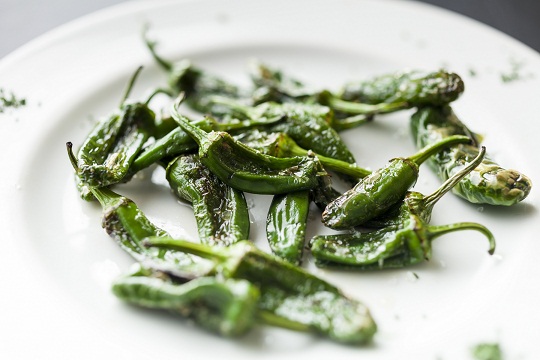 Padron peppers from Galicia in Northwest Spain are a tapas favourite

The  menu at El Pirata Mayfair

We moved to our table for the rest of the meal which was just as well as a whole load of food starting arriving, from calamares con arroz negro – black rice and squid – and gambones del Atlantico – grilled Atlantic prawns – to almejas, fresh baby clams in a white wine and garlic sauce, pincho moruno con chorizo – chicken skewers with chorizo – and mushrooms in garlic. 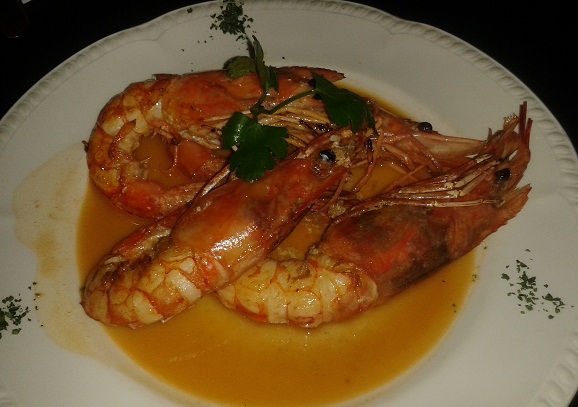 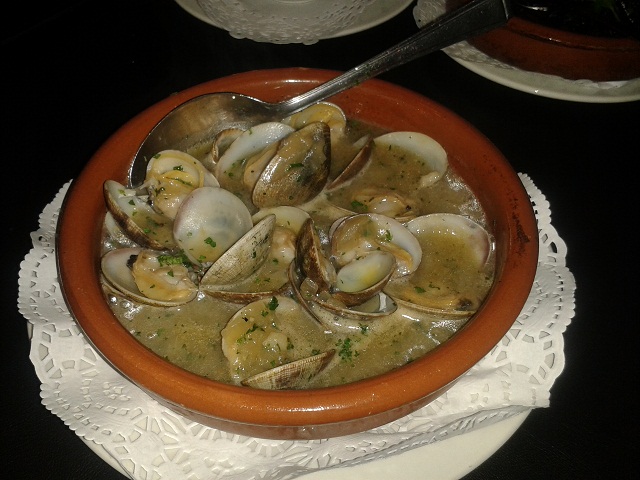 Baby claims in a garlic and white wine sauce

The main event was conchinillo, or roasted suckling pig with potatoes and lovely crispy crackling, and we finished off with a Creme Catalana creme brulee and crepe with chocolate sauce and almonds. 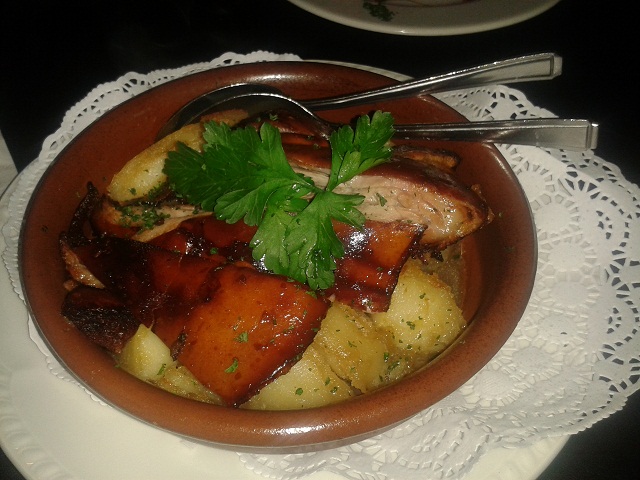 The food was all very tasty, if more on the traditional and ‘old-school’ end of the tapas range rather than particularly innovative or memorable – think comfort food rather than anything with the ‘wow’ factor.

However it is a great introduction for nervous tapas newbies with a couple of great value ‘Introduction to Tapas’ set menus at £17.35 and £21.95, while our dishes ranged from around £6-10 for the starters and quite a hefty £19.95 for the pork.

As for wine, the Spanish pinot noir recommended by Paolo was delicious and Jose even threw in a couple of shots of hazelnut liqueur to round off what had been a very pleasant evening.

How to find El Pirata

If you like reading reviews of great restaurants in London then check out these as well: Sexy Fish, Mayfair – brash, bling and fun; Two London stars: Kitty Fisher’s and Ham Yard; Dinner by Heston Blumenthal; Noble Rot on Lamb’s Conduit Street
Why not share this article on your social networks?