Any business owner will tell you that it’s vital to get the local residents on side right from the very beginning to ensure success.

And Gordon Ramsay did just that with the newest restaurant in his empire, London House in Battersea Square. 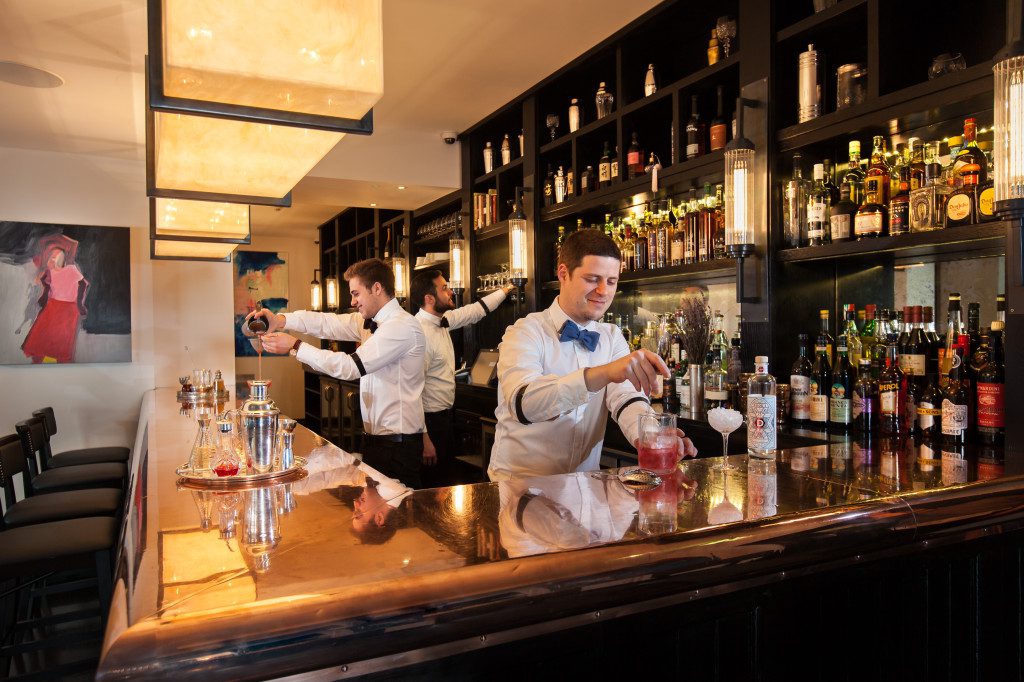 [Note: This review of Gordon Ramsay London House Battersea Square is from its opening in Feb 2014]

This gave the restaurant’s managers the chance to woo the locals but also to give the front of house and kitchen staff a chance to iron out any last minute hiccups before the paying customers – and restaurant critics – descended. 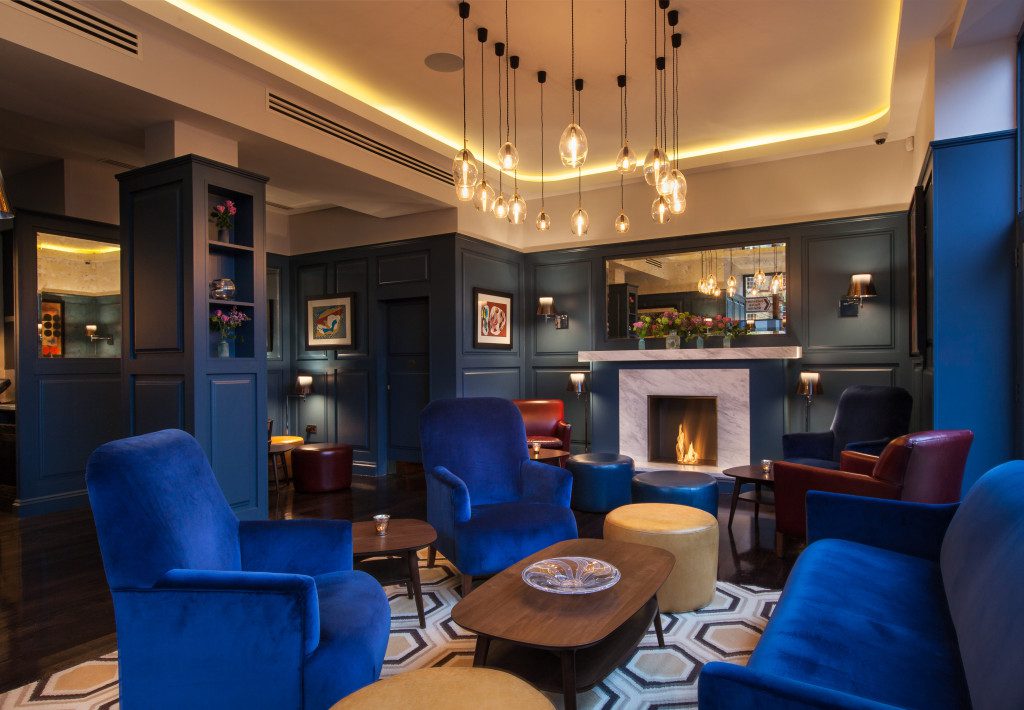 The cosy bar with beautiful hanging lights and a roaring fire

Judging from the very cheerful atmosphere on Sunday night, the residents were more than impressed. They had come prepared to be, of course – it isn’t every day that a Michelin-starred chef decides to open a restaurant on your doorstep.

South of the river Battersea might still have its unfashionable areas, but Battersea Square, a mere lob of a bread roll from the Thames, has been trying to be upmarket and ‘foodie’ for some time now.

Check out some of my other great London restaurant reviews:

The news last year that Ramsay had taken the lease on the corner site formerly occupied by the Bennett Brasserie and Oyster Bar was greeted with delight by locals who no doubt started mentally revaluing their houses but who were also pleased that area was finally becoming a destination in its own right.

Heading the new venture is respected chef Anna Haugh-Kelly, who has previously worked in Los Angeles, Ireland, France and Spain and Paul Halliwell, who recently worked in Odette’s Primrose Hill.

The atmosphere at London House on Sunday evening was of a rather cosy and welcoming private members club. Coats were whisked away by attentive staff and diners ushered past an impressively-stocked bar to enjoy a pre-dinner drink by a minimalist open fire. 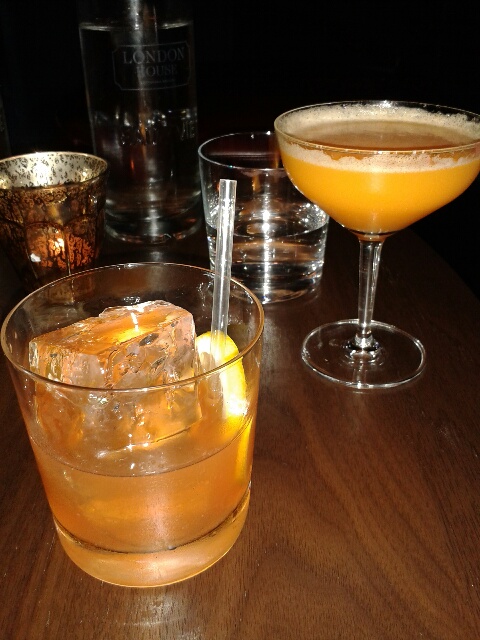 My two dining companion opted for the Hundred Year’s Fizz, which came in beautiful twenties-style coupes and tasted deliciously as expected, while I opted for the All the King’s Men. This was a sumptuously smooth and warming cocktail with a wonderful kick to it which got even better with every sip, cooled by an miniature iceberg filling up much of the glass.

The ice is hacked off from one massive lump kept in the freezer so as to melt slower than smaller ice cubes, explained a waiter. I later congratulated Dan the barman on the cocktail, which pleased him no end because, he confided, he was entering  it in the Dalmore cocktail competition, with the prize being four days in Las Vegas.

We progressed to the dining room, which is one large room cleverly broken up into several different areas and levels so it retains the clubbish feeling and keeps the neighbouring chatter to a comfortable level.

After such attentive service over drinks, we felt slightly neglected as it was half an hour before we ordered food or drink, but we were in a forgiving mood – it was a free sneak preview after all. 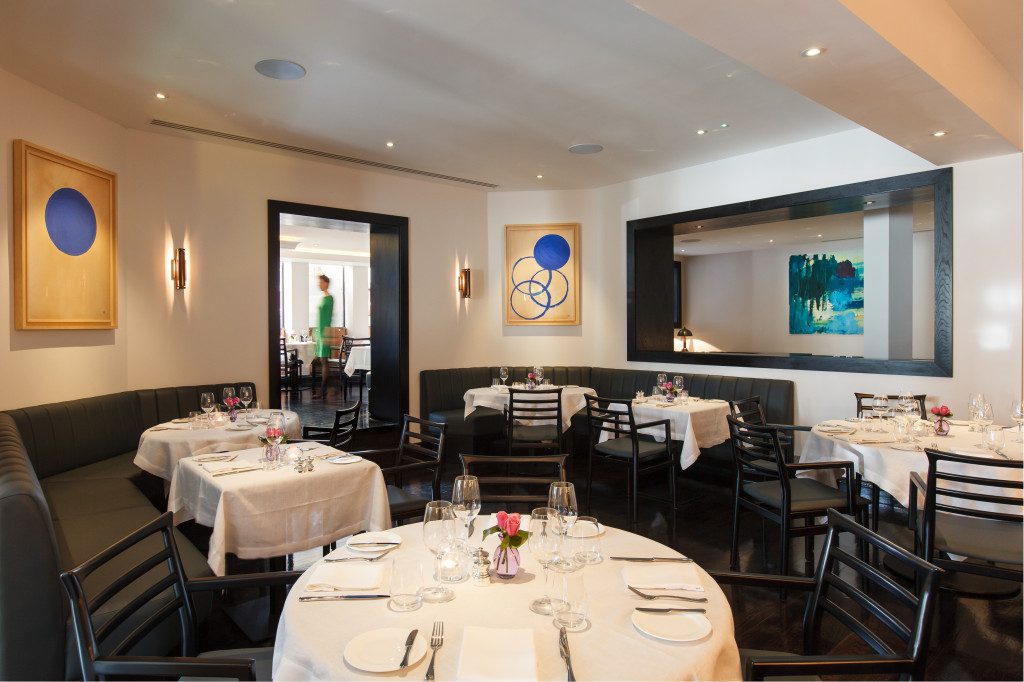 The dining room at London House was split into several areas

After we found a waiter to talk to us we were given vast amount of warm bread served in a cloth bag with a slate of soft butter.

To start with I opted for the gremolata-encrusted yellow fin tuna, pickled golden beetroot and anchovy starter. It tasted as good as it looked, and it looked fabulous, an edible artwork.

The others chose the seared Scottish scallops which came adorned with apple, celery, tatsoi and walnut salad which was pronounced marvellous, and the pumpkin and pecan nut soup which was served with a flourish, poured in from a glass bottle at the table.

There was another slight hiccup with the mains, as two of us went for the fillet of Dedham Vale beef, spiced parsnip and cheek-stuffed potato gnocchi, only to be told there was only one left. I switched sides to the roasted red deer venison haunch, creamed cauliflower and braised puy lentils, but the one remaining beef turned out to have been snaffled too, so it was venison for three.

It was lovely and meatily tender when it arrived, looking small in the middle of the vast plate but perfectly formed, and went down a treat with a couple of glasses of French merlot.

Other options were sea bass with fennel and sardine beignet, or baked haddock with squid ink, or the rather tasty-sounding forest mushroom and cep agnolotti. 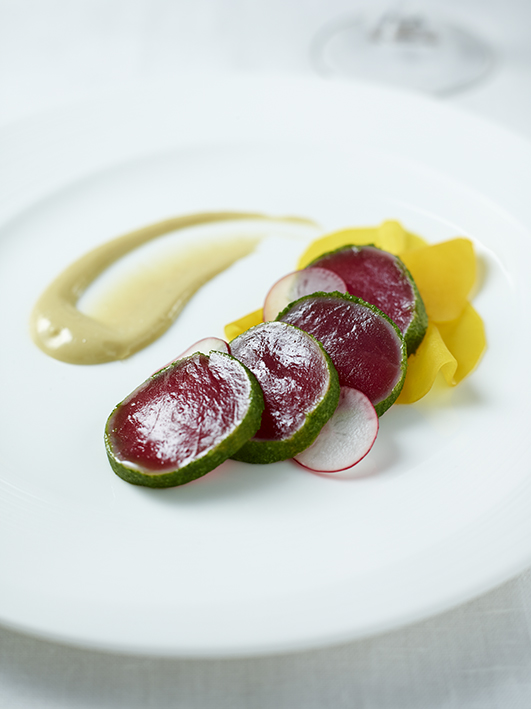 For dessert I only had eyes for the chocolate tart which was very rich, almost mousse-like and delicious if unfinishable for me – well, I had had two hefty slices of the warm bread – while I also tried the frozen nougatine and Yorkshire rhubarb, a sweet concoction which was polished off in seconds.

It was time to amble back along the river towards home, but on our way out we bumped into Raffaello, the sommelier who whisked us back to his pride and joy, a tiny wine store which overlooked the restaurant.

Here diners could sample wines before making their choice for the evening, an inspired idea which cuts out the guesswork involved in selecting from a wine list, and also sells wines to take away, for those wanting to continue the evening at home.

We didn’t feel that the preview hospitality would stretch to a bottle or two, but we will certainly be back. A restaurant of that quality on your doorstep is not just to be sampled once – although the credit card might be needed next time, prices were not on tonight menus.

If you enjoyed this review, then you’ll like: Sexy Fish restaurant Mayfair: sexy, brash, bling and fun; Dinner by Heston Blumenthal: food for thought at London’s Mandarin Oriental hotel; 14 wines at dinner at the Judgement of Paris hotel at The Vineyard hotel, Newbury; Curry, bagels and fish and chips: a food tour of London’s East End;