Home / Mind and body / Dryathlon or Dry January: worth trying once?

My friends in the drinks industry won’t thank me, but I’ve joined the growing ranks of those who have sworn off booze for January – hello Dry January!

Swearing seems to be the appropriate word too, as it’s what I’ve felt like doing every one of the 20 or so times during the last two – is it only two?! – days when I’ve remembered what it is I can’t have anymore. 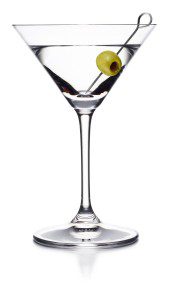 There are many reasons not to do it, namely that drinking in moderation isn’t necessarily bad for you and can even be beneficial, or that it’s better to have a couple of alcohol-free days every week throughout the year rather than go cold turkey for a month and then go bonkers in bars for the rest of 2014.

What attracted me to the idea in the first place was, like with most people, the thought of the weight I’d lose and the money I’d save, both typical but perfectly laudable New Year’s resolutions.

But the main thing that tipped me over the edge onto a month of total and utter sobriety was my reaction to the prospect, the closer it became.

I actually started to feel quite panicky as the days ticked down, much more than I ever thought I would. I always thought that doing the ‘Dryathlon‘ (a term coined by Cancer Research), Dry January (Alcohol Concern) or just the Month from Hell (unhelpful friends) would be a huge challenge, especially for a drinks journalist who rarely goes 24 hours without one sort of drink or another. Whether it’s a pint of real ale or a taste of newly distilled gin, a glass or six of fizz at a PR bash or something entirely random that’s landed on my desk (barley wine or absinthe anyone?) I am rarely far from a drink (see picture below as proof). 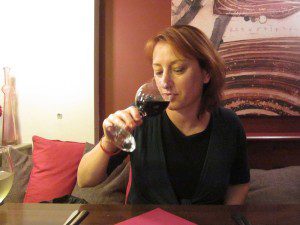 But a general feeling of lardiness plus a  growing suspicion that alcohol was actually the glue that held everything together prompted me to commit to a full 31 days, alcohol free.

But while I thought doing it would be hard, nothing prepared me for how stressful I would find just planning to give up. Or at least, the decision was easy, but the feeling that time was running out for me to enjoy a drink or two really started to panic me, even before I’d actually done it. Ridiculous, right? But at 4pm on New Year’s Eve I felt as if the dark clouds were descending and nothing was ever going to be fun, ever again.

What threw me is that I’d planned it all so perfectly. As I’m in France on holiday at the moment, it seemed crazy to give up mid-break. Finishing off a week in rainy Normandy without anything to drink seemed madness and the way to ruin a good holiday, and this was agreed by all. So Monday 6th January was to be the start of the 31 day detox.

But all of a sudden there was a decision by my fellow holidaymaker (my sister) to give up from the 1st, to be in synch with everyone else. My last drinking days suddenly got chopped down to just one. I started thinking of all the great evenings I’d spent drinking over the years, the times when a drink was the answer to whatever problem I was facing, the fact I just love the taste of pretty much anything alcohol, dirty martinis and posh beers in particular.

Even the thought of spending the weekend at my mum’s without my usual G&T over a game of Scrabble seemed an unthinkable prospect.

My total over-reaction was definitely something to worry about. It reminded me of a friend of a friend I met in Rome, a former priest. I asked him about the night before taking the vows. Did you all go out and party, chat up girls, get drunk and do all the things that you were never going to be able to do again? I’d asked, possibly rather insensitively.

We just sat and meditated, he replied. If we’d have wanted to go out and party, then we probably wouldn’t have been in the right frame of mind to enter the priesthood in the first place.

I understood what he meant, but applied the exact opposite to my own situation. If I was getting so ridiculously worried about the whole thing before it had even began, there was nothing else to do. Give up on the 1st, on the stroke of midnight, and just bloody get on with it.

My final drink of 2013 was a bottle of Fuller’s Brewers Reserve, aged in cognac casks which I’ve been given at the Great British Beer Festival five years ago and much to my amazement, managed not to drink in the intervening years. It was smooth, rich and delicious. But, I suspect, nowhere near as delicious as the drink I’m going to have on the 1st Feb. Or maybe later? With any luck, by then I will have lost a few pounds but gained a much healthier perspective on drinking by then.

[Find out how my Dry January went!]

5 thoughts on “Dryathlon or Dry January: worth trying once?”