The Arch hotel is not a flashy hotel. For a luxury hotel near to Oxford Street and just across the road from Madonna’s London home, the Arch is neat, calm, and quiet.

It doesn’t have the grand entrance or huge lobby of its immediate neighbours, the Montcalm Marble Arch or the Cumberland Hotel, also popular London hotels, but instead this luxury hotel in London favours a far more refined welcome: a small reception with just the occasional burst of colour from the artwork on the walls. 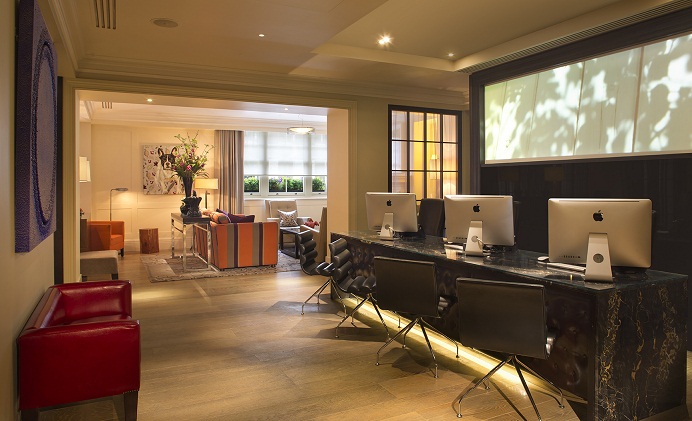 The reception at the Arch hotel – understated and calm 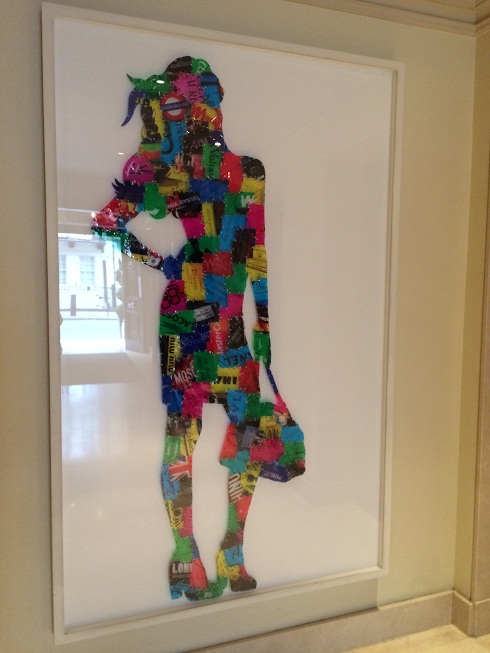 A splash of modern art next to the lifts

A friendly reception at The Arch hotel in London

The staff were efficient and friendly, escorting me to my room, where the air of quiet refinement continued. The furnishings are immaculate and the finish is impeccable: my room, an executive double, felt more like a small suite with a separate office space in the hallway, and the larger suites also come with their own mini-kitchens complete with hobs and microwaves.

Bedrooms at The Arch hotel London

There were some nice touches such as the modern smart TV which included the full Sky package including films, box sets and every Best Picture Oscar-winning film from the last 50 years.

Soft drinks and fresh milk in the mini-bar were complimentary, there was a Nespresso machine and a pretty teapot, there were various bits and pieces to read such as the dinner and breakfast menus (but no glossy magazines which is usually the case), and the room was exceptionally quiet for its central location. 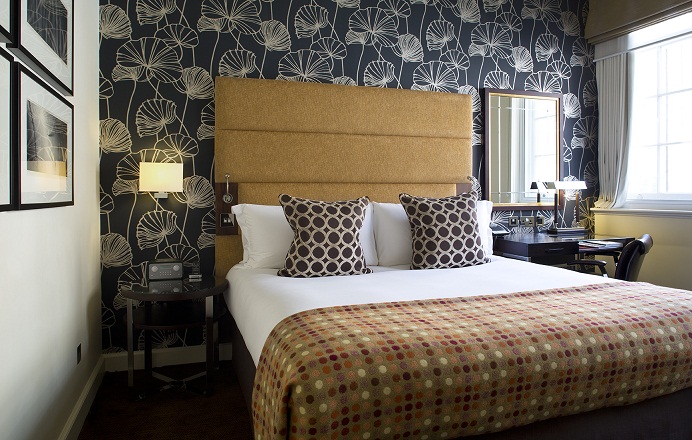 I had an executive suite like this, which felt as if it had been refurbished just days before 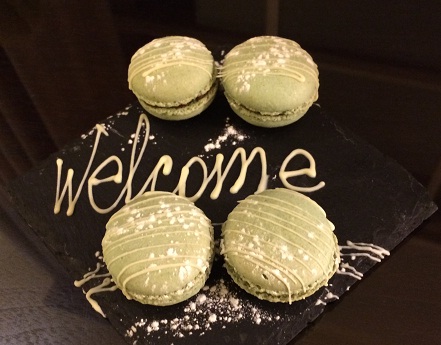 Little touches made me feel welcome

There was even a TV in the bath (with its own remote control, unlike other hotels I’ve stayed in), a heated anti-steam mirror (so I read afterwards) and the bed was extremely comfortable.

I don’t have a dog, but if I had, it would have been welcome here: the Arch is a rare dog-friendly luxury hotel in London, with dog beds, bowls, meals cooked to order and dog-walking services available so while you’re sleeping or watching TV, your furry friend can be roaming the 350 acres of nearby Hyde Park. Humans wanting exercise can head to the small but modern basement gym (although a trot around the park would be much more fun). 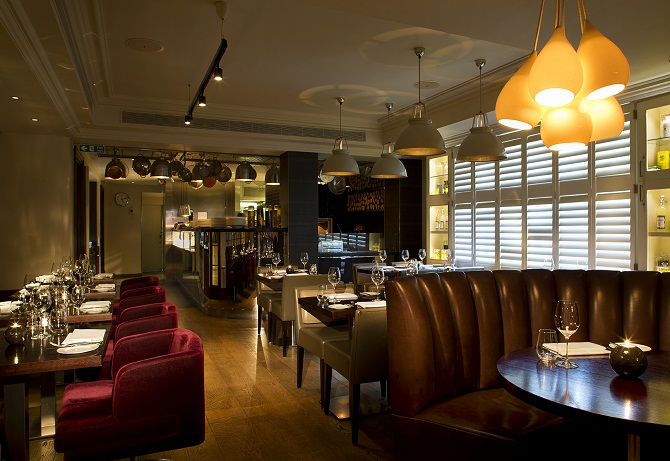 The hotel restaurant, Hunter 486, had a nice mix of tables and circular booths and an open kitchen at one end 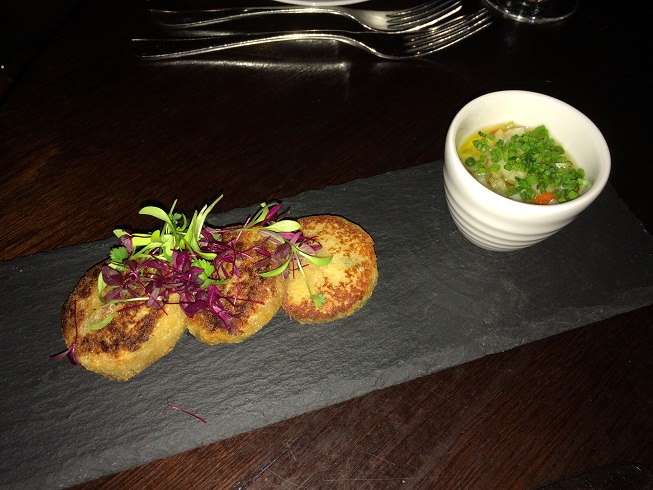 The crab cakes looked plain but were very tasty

So far, so good and as a cosy retreat from shopping it was ideal – it’s a luxury hotel in London near Marble Arch after all. What was not so great was the restaurant, Hunter 486 – named after the old Marylebone dialling code. The waiting staff were charming and the layout was nice, with several circular booths as well as regular tables, but long pauses between courses made for a rather tedious affair.

The restaurant at The Arch hotel London

There didn’t seem to be any reason for it as the the restaurant was almost empty, and it got to the point where my dining companion and I were just staring at the open-plan kitchen as if to make the food miraculously appear. 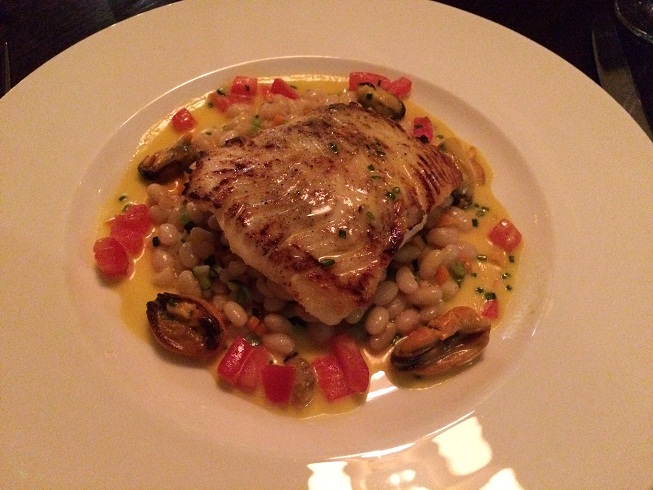 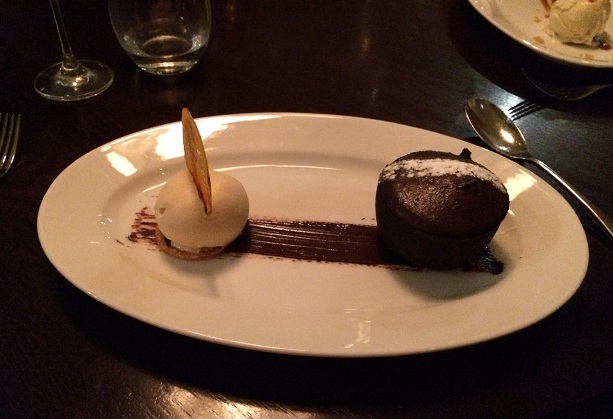 When it did finally arrive, it wasn’t bad at all if not especially memorable. I ordered that restaurant staple, scallops, which were pan-fried and served with chorizo, red peppers and balsamic, which was nice although the chorizo lumps were rather large. Lisa went for crab cakes with pickled cucumber which were particularly good, light and tasty and moreish.

Main courses were hard to decide upon as we both felt as if we could have chosen almost any dish, which is always a good sign. I had the fillet of halibut with white beans, saffron, mussels and clams. While the fish was solid it was also quite dry and the dish was pretty swamped by the mass of beans. However Lisa really enjoyed her roast Black Leg free range chicken with roast potatoes, and the sides such as the buttered spinach were delicious.

After another epic wait the desserts finally arrived and here something had gone wrong: the chocolate fondant was pure sponge rather than a soft, gloopy delight oozing with sauce, and the sticky toffee pudding wasn’t much better, being a solid lump with not much stickiness.

However after the meal when I was back in my bedroom, here was a knock on the door and our waitress arrived bringing apologies from the chef and two freshly-made desserts. These were as far removed from the ones we had been served downstairs as possible: totally delicious and perfectly gloopy and sticky respectively, in a way which made you wonder what had gone awry. But full marks to the staff for trying to redeem the situation – I could understand why The Arch is ranked an impressive 6th out of all London hotels on TripAdvisor, making it one of the top hotels in London, with hundreds of glowing references about the helpful and attentive staff. 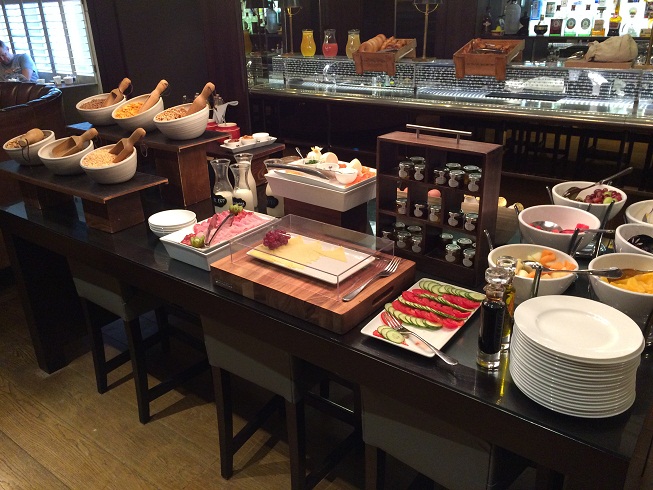 Breakfast the following day was much better – speedy service, a colourful buffet and good food, if again, nothing which stood out: there was nothing on the cooked menu to make you feel that the restaurant was going for either the classic British breakfast experience (I’m thinking poached haddock, grilled kippers, kedgeree, black puddings and so on) or catering to more modern tastes with avocado, fresh tomatoes and spinach. 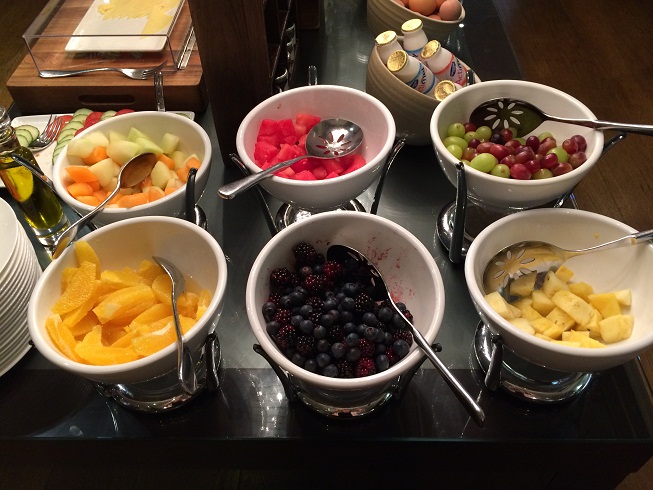 The buffet had a wide selection of fruit

However the service was again faultless and there was a huge choice of fruits, pastries, yoghurts and cereals to fortify tourists, shoppers and business travellers alike. If you are looking for a family-owned hotel which can offer a great night’s sleep right in the heart of London, then The Arch certainly fits the bill.

The Arch is a member of Pride of Britain Hotels group, Small Luxury Hotels and Mr and Mrs Smith Collection

If you like reviews of luxury hotels in central London then you’ll love: