All hotel visits linger in the memory afterwards but some leave a physical presence too – and in the case of the Athenaeum Hotel, a boutique hotel in Piccadilly London, it was Arthur. The teddy bear guarding my room was so sweet he just had to be liberated and taken home, and at just £8, he was certainly the best-priced item on the room service menu.

There were other teddy bears down at reception – Paddington Bear fever was gripping the capital – but it had to be Arthur. Any hotel with a friendly teddy bear promises a certain amount of charm and thought behind the mere provision of rooms, and so it turned out with the Athenaeum. 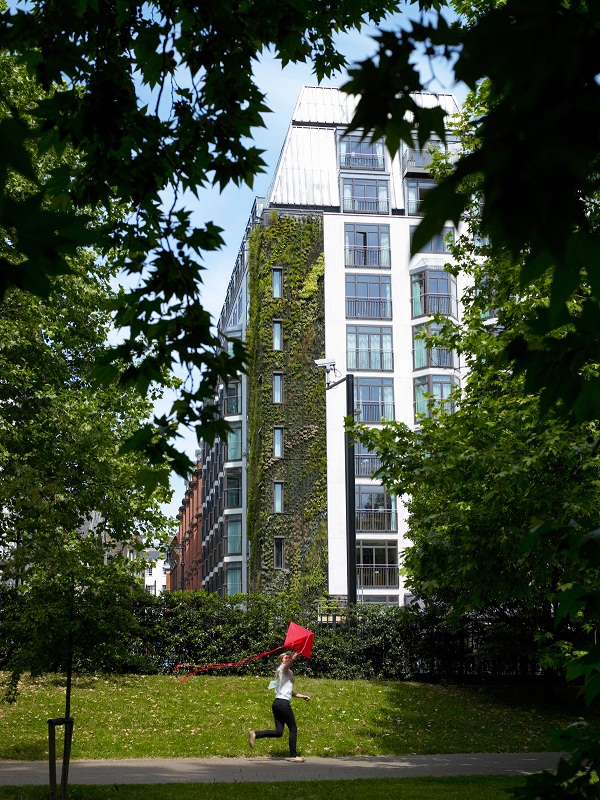 While it is a smaller hotel than the likes of grander five star London hotels such as the Ritz, Savoy or the Dorchester for example, by thoughtful interior design, friendly staff and pleasant little touches the has been turned from what could have just been a  tourist hotel into something rather more personal. It is one of the closest hotels to Buckingham Palace which is just a short walk across Green Park, and is a hotel right on Piccadilly, one of London’s busiest streets.

[Editor’s note: I stayed at this boutique hotel in Piccadilly London a couple of years ago and since then the hotel has undergone a two-year revamp of its 135 bedrooms and 11 suites as well as opening Galvin at The Athenaeum restaurant led by Michelin-starred chefs Chris and Jeff Galvin and The View, a residents lounge on the 10th floor with views of the London skyline] 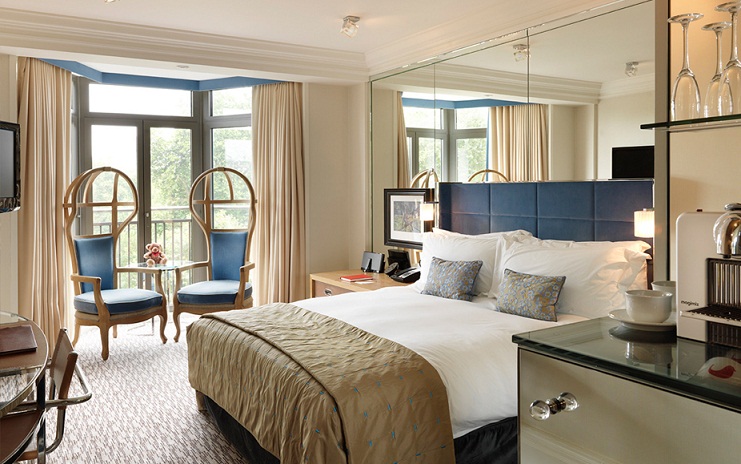 Our room with a view. Arthur the teddy bear is hanging out in the alcove

The staff, especially the waiting staff at mealtimes, were extremely helpful, efficient and friendly, and when I mentioned that our bedroom was a bit stuffy, they swapped me into the one directly above without a moment’s thought.

All rooms overlooking Piccadilly and Green Park have a charming little alcove when you can sit with a drink (or your teddy bear) and watch the world go by: you just have to remember that you are at eye-level of people going past on double-decker buses and draw the curtains before you leap out of the shower. 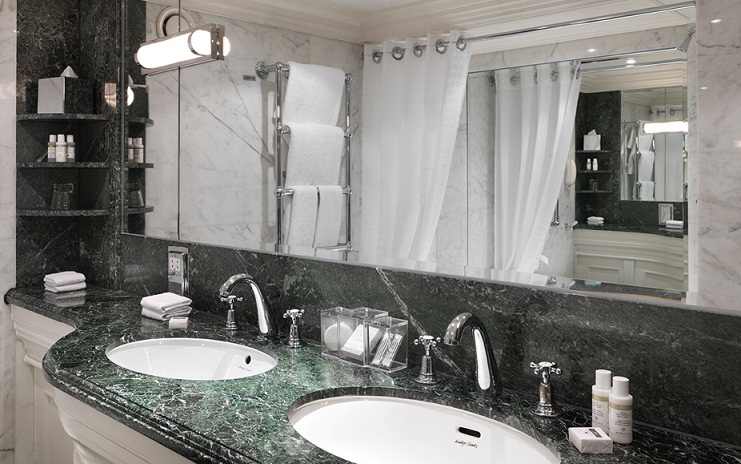 The bathroom was very smart and well-designed

For a five star hotel, the only major thing lacking is a decent pool and spa – there is a gym and some treatment rooms which are very smart, but space constricts the Athenaeum’s bathing facilities to a couple of hot tubs. However you are most likely to be staying in the Athenaeum for shopping and sight-seeing than swimming, and so the hotel is a mere walk or bus ride away from Bond, Oxford and Regent Streets for the former, and a short hop across the park for Buckingham Palace and the Mall.

What was surprising was the hotel restaurant. It might be small and not the liveliest of places as we were there on a Sunday evening, but with starters from £8 and mains around the mid-£20s it is excellent value for a London hotel restaurant. The food was much better than I’d expected, so if you decide to stay in rather than venture out to explore the London restaurant scene then you won’t feel short-changed.

We had the freshly made soup (celeriac) with rustic bread to start and the smoked trout, keta caviar and creamed horseradish from the seasonal menu – both were delicious. 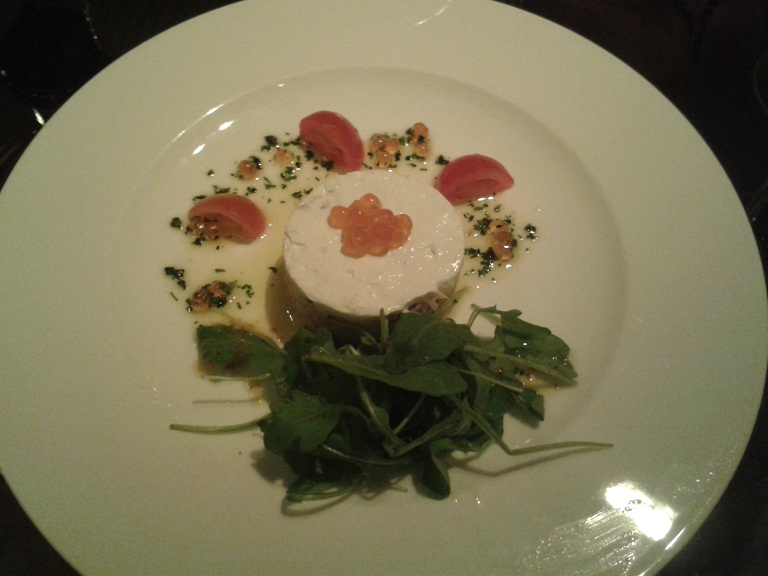 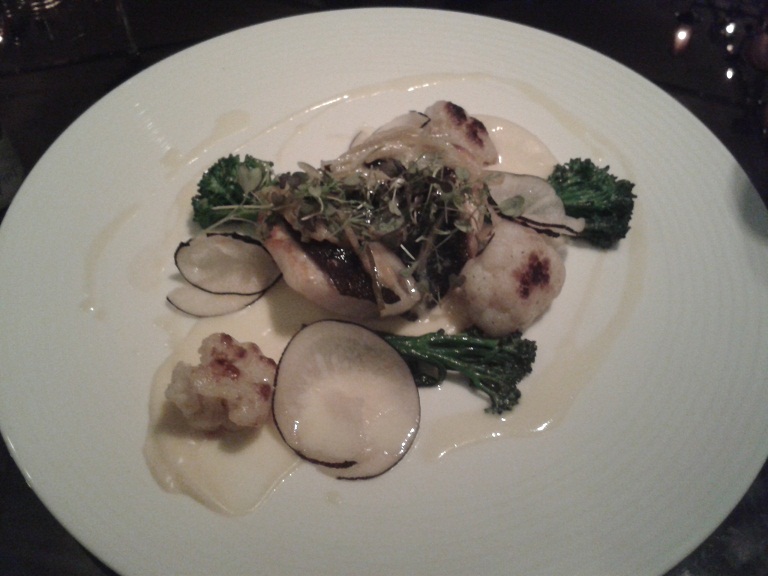 For mains we opted for braised lamb shank with crushed potatoes and pan-fried turbot with parsnip puree, broccoli and pickled radish, both very tasty. While we were in theory too full for desserts, it seemed a shame not to at least sample a few, so we ordered a white chocolate cheesecake with berry compote, and dark chocolate fondant with caramelised banana, and much to our surprise managed to scoff the lot. 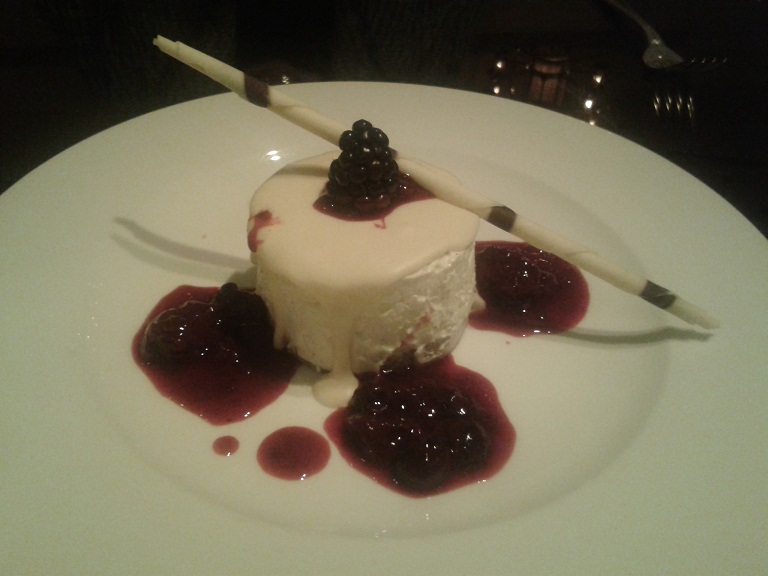 Bar at the Athenaeum

Next to the restaurant is a cosy and well-stocked bar, specialising in whisky, and the other side of reception is a lounge where they serve a traditional afternoon tea. Again, the grandeur of a larger London hotel is lacking but they managed to pack a lot into a much smaller space, while keeping the atmosphere relaxed and calm.

Breakfast the following morning was equally plush with a wide selection of pastries, yogurts, cooked options and smoothies, and we rolled out onto Piccadilly well-nourished for a morning’s shopping. 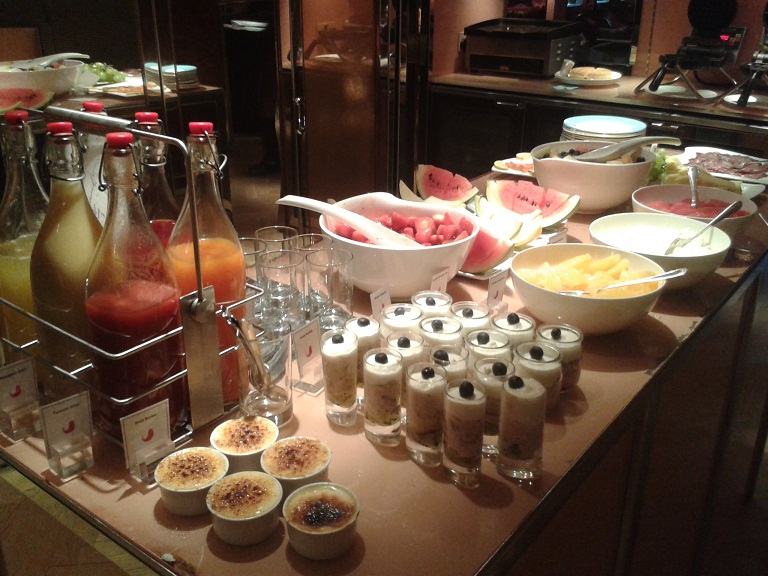 Breakfast selection at the Athenaeum

Hotel information and to book the Athenaeum

The Athenaeum, 116 Piccadilly, Mayfair, London W1J 7BJ
Rooms at the Athenaeum start from £375 per room per night for two sharing including full English breakfast.

Book the Athenaeum on Booking.com

Visit the Athenaeum on Tripadvisor

The Athenaeum hotel is the latest member of the prestigious Pride of Britain Hotels chain which represents 50 of the best luxury hotels in the UK.